Philadelphia Eagles Carson Wentz not ready for week one 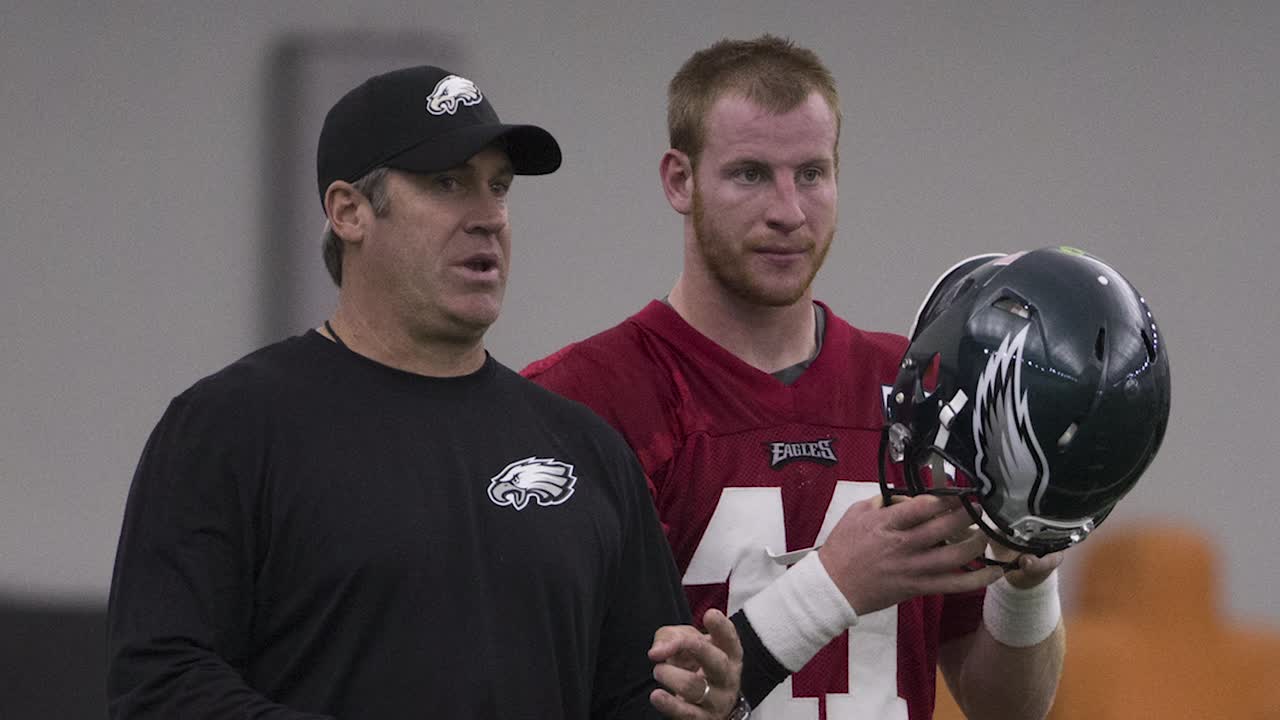 Philadelphia Eagles fans and North Dakota State University lovers who purchased their No. 11 jerseys for second overall draft selection Carson Wentz may have to keep it on the hanger for a little bit longer than expected. According to Eagles head coach Doug Pederson, Wentz will more likely than not be sidelined for the team’s Week One matchup against the Cleveland Browns.

Instead, if these reports hold true, Sam Bradford will be under center Week One, and Chase Daniel will back him up. The Eagles spent way too much money on both men this offseason, and the low expectations set by Bradford will make it easy for Wentz to come in when the time is right.

“Typically, the third quarterback is down,” said Pederson. “It’s hard right now to look down the road, but if we had to play this week, Carson would be down. He’d be the third quarterback. He’d be deactivated. That’s probably the direction we’re heading; I would think it’s going that route. Obviously, barring injury and, as you know, how this game is, but typically the third quarterback, whoever that is, is down on game day.”

Pederson didn’t give much other explanation as to what’s wrong with Wentz’s game right now, but it seems to be hitting on what a lot of fans were afraid of—the lack of quarterback talent in the 2016 NFL Draft caused an unproven player from North Dakota to go top two. It may be a while before we see Wentz make his debut.

Then again, Bradford could lead the team to a 0-3 start before their bye week, in which case I imagine Wentz would at least receive a little action in Week Five. Unfortunately for Carson, Philly has the 8th easiest schedule in the league, so Bradford’s experience may actually be enough to win a handful of games.

It looks like Bradford will be in the driver’s seat until he gets hurt. At which point Daniel will more than likely take over.

Is it too late to trade down in the draft?