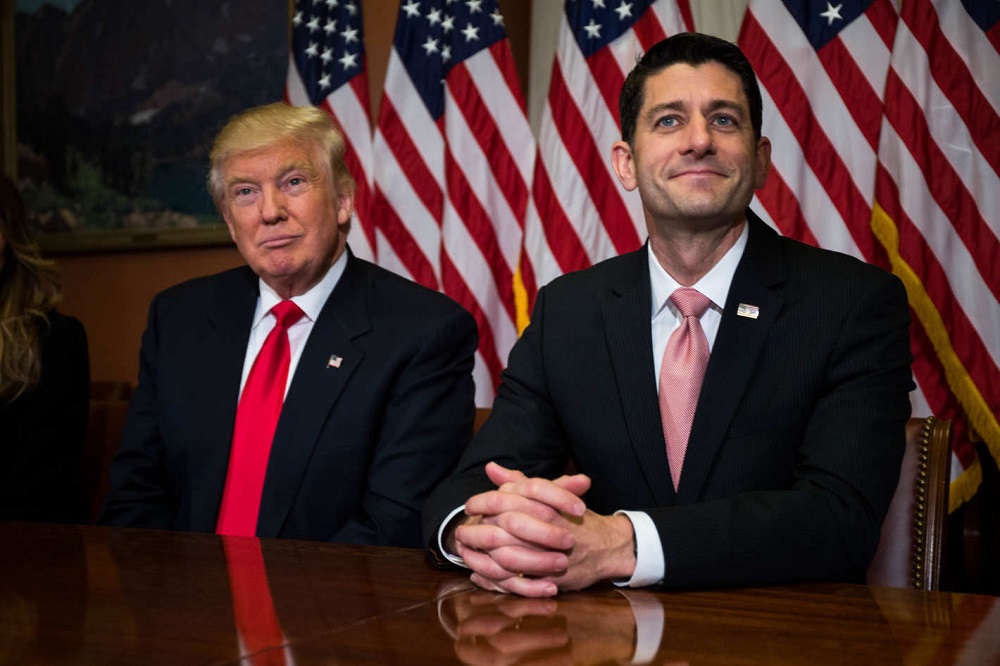 Who would have ever thought that we’d live in a society where men would publicly make excuses for other men? And in the instance of Republican Paul Ryan giving his two cents on how Trump really feels about race in America, there are men using their influence to excuse the man who holds the highest position in the land. Seriously, the current administration, its supporters, and Republicans never cease to amaze me. God how I wish that were a good thing.

It is no secret that Donald Trump, #45 as I like to call him, is running a presidency filled with controversy, conspiracy, and contention. If he is not being investigated for his involvement and connections with foreign countries, his staff picks are resigning left and right. He has done a lot of questionable things. From his ban on Muslims entering the country and his attack on the LGBTQ community to his decision to do away with DACA and other programs that are aimed at helping minorities in America, the man has a lot to answer for. But, as is the case for most cis white men, he has answered for none of the shit he has done. Instead, other white men who benefit from a Trump presidency are making excuses for the 71-year-old man-child. Yes, grown men are trying to explain away another grown man’s actions. Ryan, a person who has positioned himself as a Trump foe at times, recently told CBS’ “Face the Nation” that when it comes to Trump’s stance on race, his heart is in the right place.

This was his answer when asked about the things Trump has done and said about race in America. The Wisconsin Republican cites his candid conversations with #45 as the reason he feels he can say that his heart wants to do what’s right. He goes on to say,

“I think what matters is that we have to show people that we are an inclusive society, that we want everyone to succeed… There’s more that all of us as leaders have got to do to be inclusive with people and make people feel like they’re included in society. … We’ve got a lot a long way to go, just as a society and a country for that.”

Here is the thing – I am very glad that Ryan understands the importance of he and his people putting forth an effort that demonstrates their willingness and desire to see everyone win, but that means nothing to me in the grand scheme of what is really happening. A person’s “heart” being in the right place does not bring about the change that we so desperately need to see in order for everyone – of all colors, backgrounds, etc. – to have their stab at the American dream. Actually, I take that back. What’s in a person’s heart does mean something and usually produces the fruit of its contents. That’s how I know Ryan’s words are a load of crap. Trump has done nothing to show he as an inkling of wanting to unite all Americans.

Ryan taking up for Trump and wanting us to believe that the man really does believe in equality for all is laughable. Furthermore, his admitting that the leaders in charge need to do more to show us common folk that they “get it” is merely lip service. Because when it comes down to it, we don’t need words that make us feel good or phrases that we expect our elected officials to say; we need action. Plain and simple. We need action that is going to bring us together as a country and give us something to hope in; something to cling to. But that is a hard thing to accomplish when the man who is leading the country continues to show his ass and make divisive comments that only deepen the racial wounds that so desperately need to be healed.

I cannot remember in my lifetime a moment where another politician said that the current president’s heart was in the right place as an answer to the pressing issues we face as a nation. Ryan saying that about Trump, based on his personal, in-depth conversations with #45, is akin to members of my generation explaining away their grandparents’ bigotry in an attempt to save face for the things that their elderly family members say and do. What you say is in someone else’s heart is irrelevant because I am of the belief that we speak and act from what’s in our hearts. Thus, everything that Trump has said about black people, about Latinos, women, gays, Muslims and every other marginalized group in America is EXACTLY what he thinks and feels about them. There is no convincing me otherwise.

When will the circus that is the current administration be over? Among all the things that I hope and pray for on a daily basis, the shortening of their days in control of the only country I’ve ever known is in the top five miracles I ask the Lord to make happen.