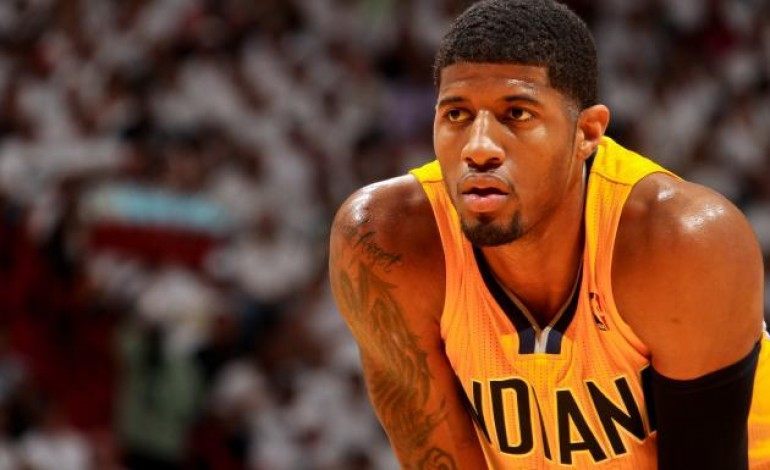 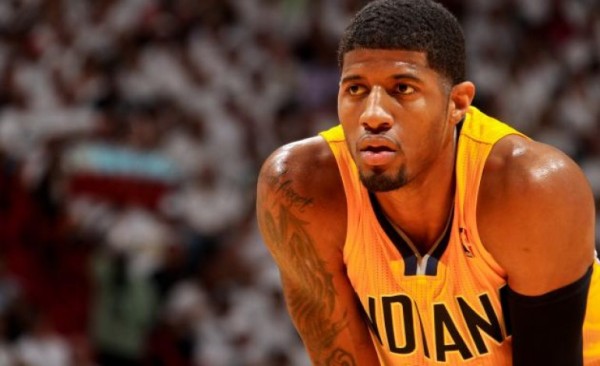 Indiana Pacers superstar Paul George played in his first basketball game in over eight months on Sunday against the shorthanded Miami Heat. George scored 13 points in 15 minutes off the bench, hitting his first shot of the night and sending the home crowd into a frenzy.

The Pacers blew out the Heat, 112-89; but with both Chris “Birdman” Anderson and Hassan Whiteside sidelined with injuries—the only two centers on the Heat roster—the Pacers didn’t have to put up much of a fight.

“We tried to cover the open stitches with gauze so I could play,” said Whiteside. “It was a lot more painful [Saturday] than it is now.” Whiteside played through open stitches Saturday, but Anderson has missed a few games lately with his bruised calf; however, he was able to play in three straight before Sunday. 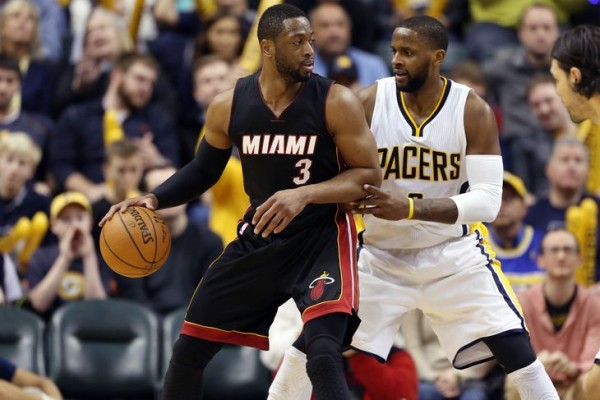 The Heat did their best, but at the end of the day they had no size to matchup with the Pacers. The starting lineup consisted of Dwayne Wade, Goran Dragic, Luol Deng, Henry Walker, and Udonis Haslem—no one taller than 6’9. Wade finished with 27 points, and Dragic put up 15; but without Chris Bosh or their two big men, the Heat just couldn’t keep pace with the red-hot Pacers.

The Heat’s loss has resigned them to the 10th seed in the weak Eastern Conference only days after holding the 7th seed. Maybe it’s time for them to stop playing and start tanking. After all, the Heat’s 2015 1st round selection currently belongs to the Philadelphia 76ers from the 2010 sign-and-trade deal with the Cleveland Cavaliers that helped bring LeBron James to South Beach; however, it is top-10 protected, so tanking over the last few games could be beneficial for the Heat in the long run.

Let’s face it, the Heat would earn the 8th playoff seed at best at this point, meaning a first round matchup against the top-seeded Atlanta Hawks. Inevitably, this means an early playoff exit and no first round pick. On the other hand, the Heat stand only a half-game ahead of the Charlotte Hornets, so losing a few games should easily land the Heat in the top 10 pending the Draft Lottery.