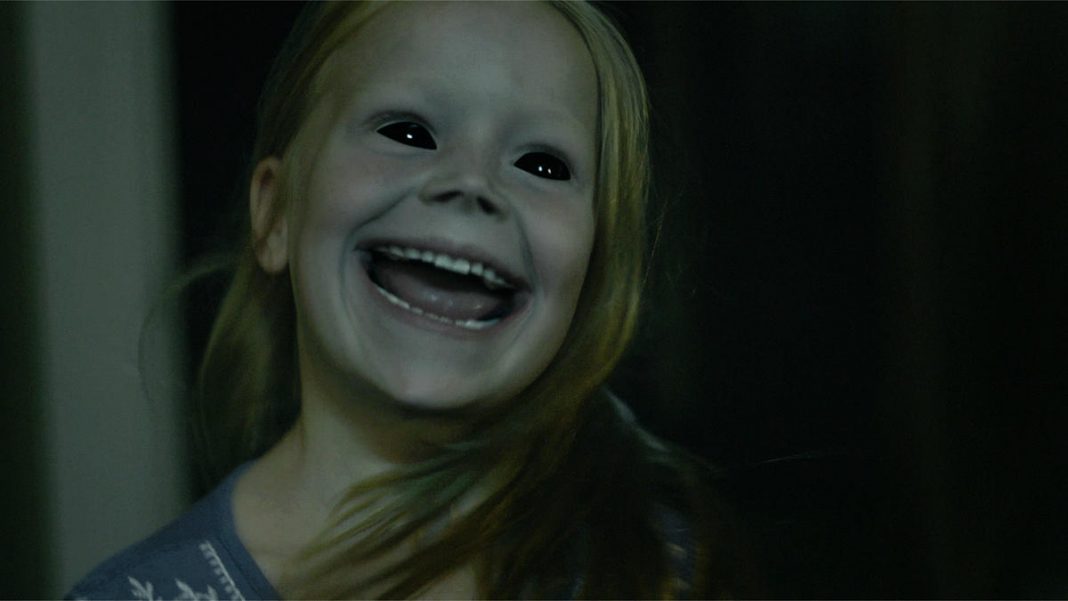 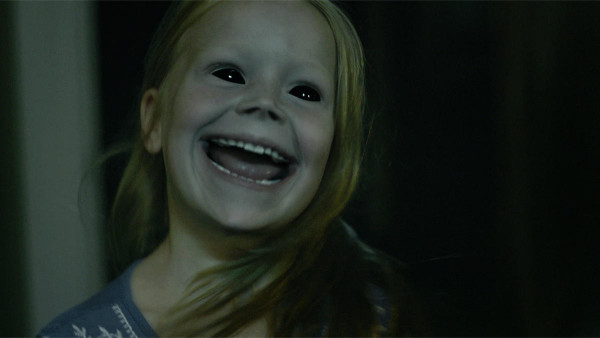 It’s all about ‘The Fireplace’ on this episode of “Paranormal Witness,” as a pregnant woman named Linda and her daughter named Amanda moved into a new apartment. While washing the windows, the woman still couldn’t get sunlight to come into her apartment through the windows. In the evening, the woman said the apartment felt uneasy, but she assumed she was just lonely in a new place and was always wondering about her daughter Amanda’s dad. While reading her daughter a bedtime story, she heard heavy breathing near her left ear. She then sent Mandy into her bedroom because the heavy breathing was making her nervous.

The woman’s cousin Jeanne came to visit, and Linda saw Mandy having a conversation with someone Linda couldn’t see. Linda assumed it was just Mandy’s imaginary friend that she was talking to. Then Linda noticed her bedroom door was shut and when she went to open it she couldn’t. Mandy was her in the bedroom alone and was calling out for her. When she finally got the door open, she saw that Mandy’s bed had been wedged against the door, and that’s why it wouldn’t open. The next morning she heard a creaking noise coming from her boarded up fireplace, followed by a popping sound. The sound stopped and Linda let it go, assuming it was the breeze or a bird had fallen down the chimney.

A couple days later Linda’s boyfriend called her, and she told him about the strange things happening in her apartment. He told her it was just her imagination, but she knew he was wrong. Linda set up Mandy’s new bedroom and kissed her goodnight. At midnight, she heard a horrible scream she described as blood-curdling. She ran into Mandy’s room, and the child was violently shaking and screaming. Linda grabbed her and tried to protect her. She got Mandy onto the couch and then started hearing sounds from the fireplace. The wood was popping and pushing outwards.  Linda took Mandy and went back into the bedroom. She said she knew something paranormal was going on in her house and that she thought she might be going crazy. Linda had no one to call late at night to come rescue her and Mandy. The next morning she went into Mandy’s bedroom, and everything was calm. Linda said she closed the bedroom door and never went back into it. She said she wanted to leave but had invested in the apartment.

Linda invited her sister Audrey to the apartment, and she began to experience the same things Linda had been. Something grabbed Audrey and Linda fought until that something let her go. Linda gave birth to a baby boy and brought him home to the apartment. She said everything was peaceful and calm, and she felt like she had turned a corner. Then the popping and scratching coming from the fireplace started happening again. Linda called Jeanne and told her. Jeanne came over and said when she walked in Linda told her the apartment was haunted. Jeanne said she wanted to be there for Linda since she was raising two kids alone. Jeanne tried to screw the fireplace shut again. She then had a feeling of dread and heard a voice. The voice told her to get Linda’s kids out of the apartment. Jeanne then told Linda they needed to move out and come with her but Linda said she couldn’t. Jeanne took the baby home with her overnight and said she felt bad leaving Linda there. Then Linda went to bed, and she knew something wasn’t right. Suddenly something was on top of her, and all she could do was pray. It then released Linda, and she thought maybe she might have had a bad dream. When Linda got her baby boy back, she was getting angry at the kids’ father for not taking them out of the situation. Linda invited her friend Becky over for dinner. She said she felt safer with a friend there. They heard a crash and dishes were being removed from cabinets and thrown on the floor. The bedroom door was shaking, and the baby was in the room at the time. Sh eventually got into the room and got the baby. There was blood in the baby’s crib, and Linda couldn’t figure out where it came from. The baby had no cuts or open wounds.

A priest came to the apartment and read blessings from the Bible. Then there was a muffled sound coming from the fireplace. Something hit Audrey’s leg and went around a table in the living room of the apartment. They heard a hitting sound coming from inside the wall. It then went up the chimney, and the sun started to shine through the windows. Linda had the fireplace boarded up again. That night the phone rang and the priest called and said the paranormal being was still in the apartment. Linda felt sick to her stomach because something was trying to break through the boarded up fireplace again. Linda told Mandy to pack her stuff so that they could go to Audrey’s house. Two weeks later Linda was packing and moving out of the apartment. Jeanne came over to help her and found a thing hanging in one of the closets. Jeanne asked Linda what the thing was, and Linda said it was something she saw when she moved in. Jeanne said it looked like an evil Pentagram. Linda said she then realized that when she was a kid a witch had lived in the same apartment she had been living in. Linda moved out of the apartment and never had to deal with a paranormal again.