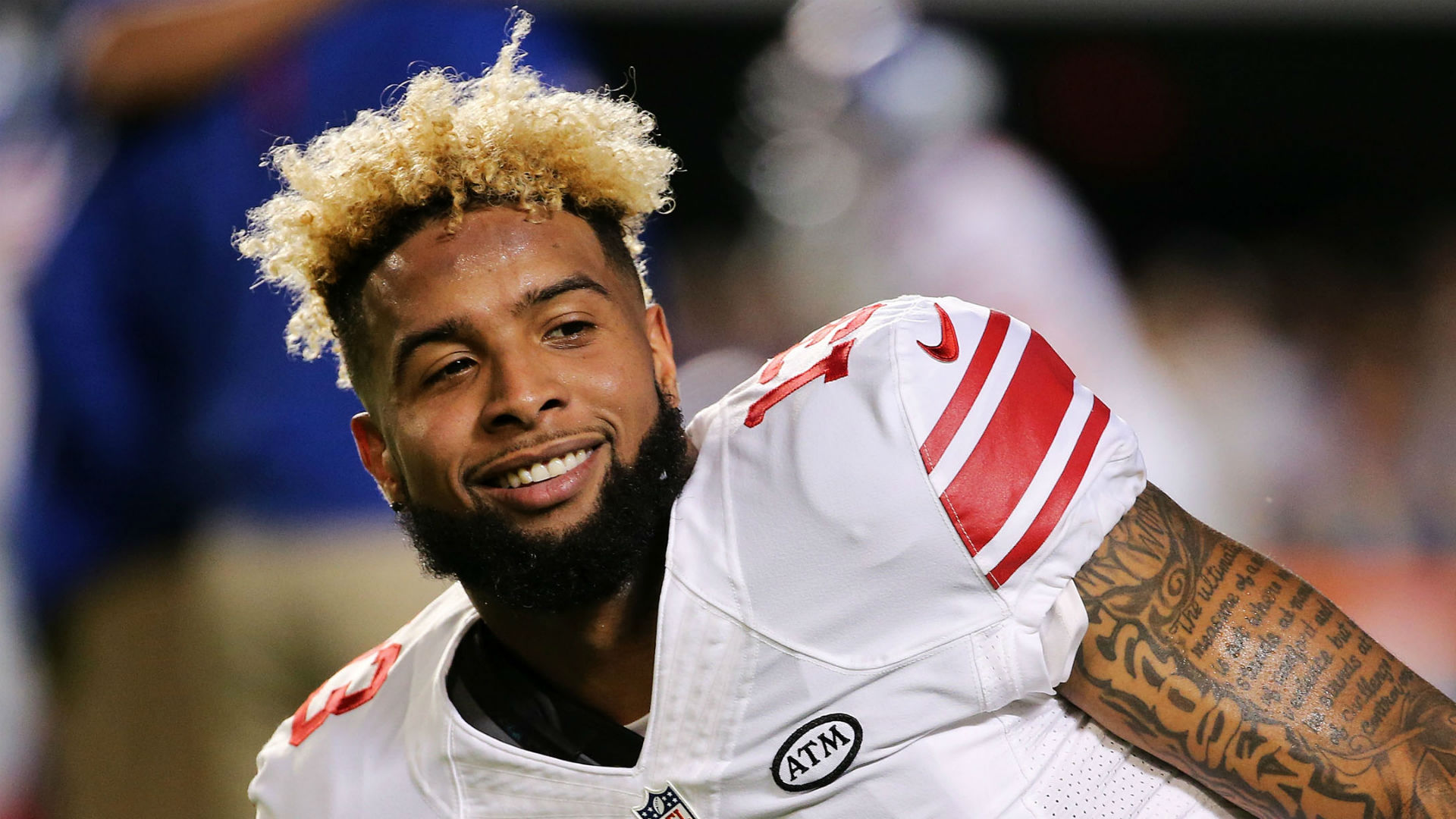 Odell Beckham Jr. is good. Really good. And he knows it. So, for the New York Giants, it’s time to come to the table and pay the man. Fortunately, negotiations with Beckham and his team shouldn’t be difficult. It’s not like he’s asking to be the highest paid player in NFL history or anything.

“It’s like the elephant in the room,” said Beckham. “And you know you don’t want to talk about it, but I’ve gotten to the point in my life where I’m like, ‘No, I’m going to, there’s no need to not talk about it.’ I believe that I will be, hopefully not just the highest-paid receiver in the league, but the highest paid, period.”

Yes, OBJ wants to be the highest paid player in league history. Right now, that title belongs to Oakland Raiders quarterback Derek Carr who just recently signed a five-year, $125 million deal to say put. That would be a lot to match, even if Eli Manning was the asking party.

The good news, however, for the Giants is that Beckham doesn’t seem to be making a huge deal out of the situation. Unlike Pittsburgh Steelers running back Le’Veon Bell and Los Angeles Rams defensive lineman Aaron Donald, OBJ will not be holding out while the deal is in progress.

“I don’t have time,” said Beckham Friday. “I’m 24 years old. I’m trying to play football until I can’t play football anymore. I can’t get caught up taking days and not playing. Le’Veon is in a different situation. He’s been doing this. He’s a running back. Their career expectancy is a little shorter due to stats and all that. Le’Veon is a guy who has proved himself time and time again…I hope Le’Veon gets the highest contract a running back has ever had in the history of the entire NFL.”

While being the highest paid player in league history might be a little farfetched, being the highest earning wide receiver in the league isn’t. Right now, Pittsburgh Steelers receiver Antonio Brown is bringing in $17 million a season, followed by Cincinnati Bengals A.J. Green at $15 million and Atlanta Falcons Julio Jones at just over $14 million. Beckham could easily talk his way into $16-18 million a year to throw himself in the top three.

Again, he stressed that he wouldn’t stop coming to camp as a bargaining chip.

“I’m not here to hold out,” reiterated Beckham. “I’m here to practice. I’m here to get better each and every day. I feel I have stuff I can improve on, stuff I need to work on, and really stuff I’m willing to work on.”

Hey, that kind of dedication and loyalty to the team has to be worth something, right? Maybe, I don’t know, an extra $7 million a year to match Carr?

“He deserves to be paid,” said Mara. “And we’re going to pay him…I just don’t feel like there is any need to rush into it. But he’s going to end up getting paid at some point.”

At this point, anything over $20 million a season seems ridiculous. To pay him more than $25 million a season would be a death wish for the team’s salary cap, especially as Eli Manning gets ready to ask for a new contract.

Beckham isn’t hurting, of course. Even though his salary this year is a dismal $1.8 million despite his status as one of the best, if not the best, wide receivers in the NFL, ODB has more than $10 million in endorsements coming his way with the addition of a new lucrative deal with Nike.

Still, though he’s vastly underpaid, Beckham shouldn’t expect more than a quarterback. After all, without a good quarterback, he wouldn’t be half as great as he is.

Ever the optimist, Beckham hasn’t let any of the negativity bring him down.

“I really just came here to play football and be the very [best] that I can be this year,” said Beckham. “I have to go out another year and prove myself. That is just what I have to do. That’s the position I’m in. That’s all I can do is go out and play. I can’t sit there and worry about getting a contract or not getting a contract.”

And, hey, even if Beckham won’t be the highest paid player in the NFL, he still has quite the nice check heading his way.