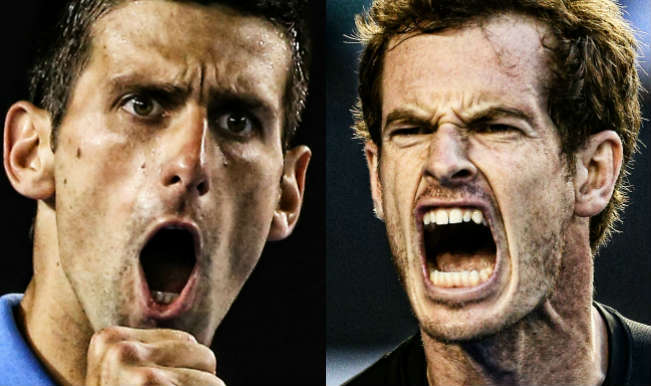 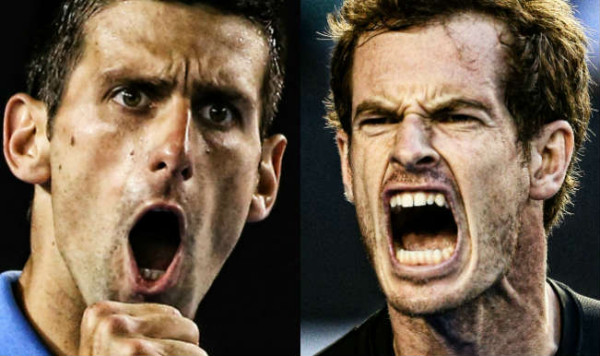 Only a threatening thunder storm could stop powerhouse Novak Djokovic from blasting his way into the 2015 French Open finals, but in his match against Andy Murray, that’s what happened. The number one ranked tennis player in the world was ahead after dominating the first two sets, but Murray was beginning to get his fight back. Then the weather happened, delaying the two players until Saturday at Roland Garros. The winner will face Stan Wawrinka in Sunday’s final.

Swiss eighth seed Wawrinka’s earlier win over Frenchman Jo-Wilfried Tsonga had lasted nearly four hours, meaning the second semi-final did not get under way until almost 17:30 local time, albeit with the temperature still at 33C. 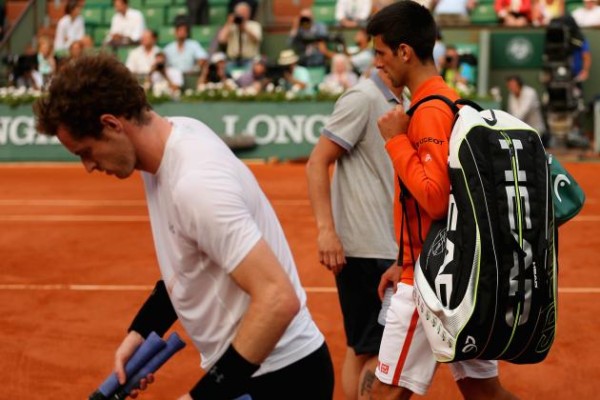 Thunderstorms had been forecast to hit Roland Garros at some stage and, with little prospect of Murray and Djokovic finishing, officials opted to stop with the fourth set tied at 3-3.

That could be viewed as a triumph in itself for Murray, bearing in mind the Scot’s predicament an hour earlier.

Djokovic had looked every inch the French Open champion-in-waiting as he took the opening sets in a relatively brisk 86 minutes, denying Murray a single break point.

A brief visit from the trainer suggested he might be suffering in the heat but his tennis proved otherwise.

When Murray ballooned a straightforward smash over the baseline to give up the second set, it appeared he might be unravelling, just as he had in February’s Australian Open final.

The 28-year-old Serb, aiming to become the eighth man in history to complete the full set of Grand Slam titles, had victory in his sights with two break points midway through the third set, but Murray held on and began to hit more freely.

A breathtaking forehand winner on the turn off a Djokovic lob jolted the Briton, and the Court Philippe Chatrier crowd, to life at 5-5 and another crushing forehand helped him to break. 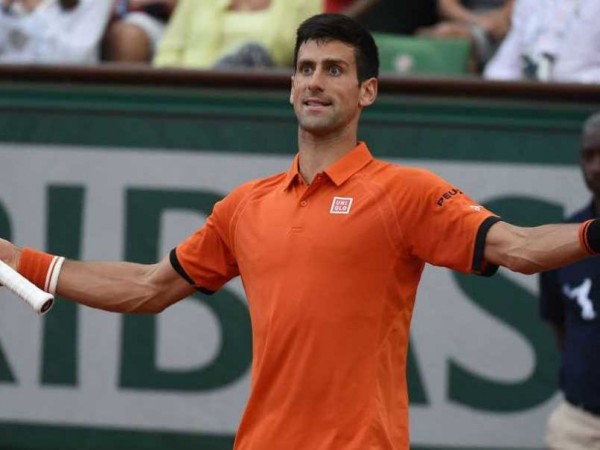 Moments later he had served out the set to a huge roar from the crowd, thrilled to be getting a contest, and Djokovic took a seven-minute medical timeout as Murray prowled the court alone.

The fourth set saw more drama. Murray reeled off nine points in a row to hold from 0-40 down in the second game and then break in the next, only to net an awful smash as he instantly gave the advantage back.

The Scot then held on superbly after a blistering cross-court winner from Djokovic left him trailing 15-40 in the final game before play was halted.

There was only one man who had time to win the match on Friday, but Djokovic was quick to pack up his racquets as the assistant referee told both men that the storm was imminent.

Here’s a set by set breakdown of the Djokovic vs Murray match to hold you over until they finish:

It’s a scorching day in Paris with on-court temperatures reaching 100 degrees Fahrenheit. Djokovic started off with a seven-minute first game, which included a 22-shot rally. The Serb needed three tries before he achieved 1-0. Djokovic also got to deuce on Murray’s opening service game, but the Scot held for 1-1 after a forehand error from his opponent.

Dishing out a crafty lob to the Scot, which Murray was unable to outrun, for 40-0 in the next game, Djokovic would hold for 2-1. Murray held at 15 in the next game. A brilliant display of speed to run down a drop shot from the third seed gave Djokovic game point on his next service game, and he clinched it for 3-2.

Djokovic would earn his first break point on Murray’s serve at 40-30, which the Scot saved, benefiting from a backhand error from the Serb. Murray went on to win the game with an ace.

The top seed earned triple break point on Murray’s serve but needed just one to take a 5-3 lead. Djokovic clinched the 44-minute first set at 15 with an ace.

As we hit the one-hour mark, Djokovic held for 2-2. Murray up to the service line next, the 28-year-old Serb would earn double break point after the Scot netted a forehand volley. A backhand error from Murray at 30-40 gave the World No. 1 the break and a 3-2 lead.

Serving at 1-1, neither a time violation nor threatening storm clouds rattled Djokovic. The Belgrade native continued to impose on Murray, earning double break point yet again as the Scot served at 2-3. Murray would later hold after Djokovic hit a forehand error high into the Paris sky.

The third seed’s white shirt began to show marks of the terre battue and he hoped to push the Serb in his next service game, having been unable thus far to earn any break point opportunities. But Djokovic remained strong and the duo remained on serve, 3-3.

A dominant service game from Murray saw two aces help him win the game at love and bring the set to 5-5. Djokovic serving, a forehand winner from Murray for 15-15 fired up the Scot, who went on to earn his first two break point opportunities of the match. One was all it took as Murray broke for a 6-5 lead. The Scot, his teeth firmly sunk into the match, served out the 56-minute set at love, the Paris crowd thrilled this block-buster semi-final had been prolonged.

After holding for 1-0, Djokovic earned triple break point chance on Murray’s serve. A handful of errors from Djokovic, including one to end a 33-shot rally, saw the Scot bring them back to deuce. An ace and a forehand wide from the top seed and Murray held for 1-1.

Murray’s momentum picked up as he went on to earn triple break point on the Serb’s next service game. The crowd erupted as the Scot broke for a 2-1 lead. But Djokovic earned two chances to get back on serve, which he did, urging himself on as frustration mounted for Murray.

Winds picking up and storm clouds rolling in, Murray was forced to save two break points, and a drop shot from Djokovic went long to allow the Scot to hold. Immediately after, the match was suspended due to rain.