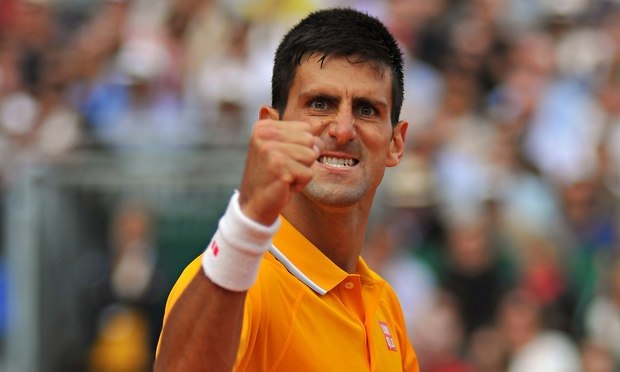 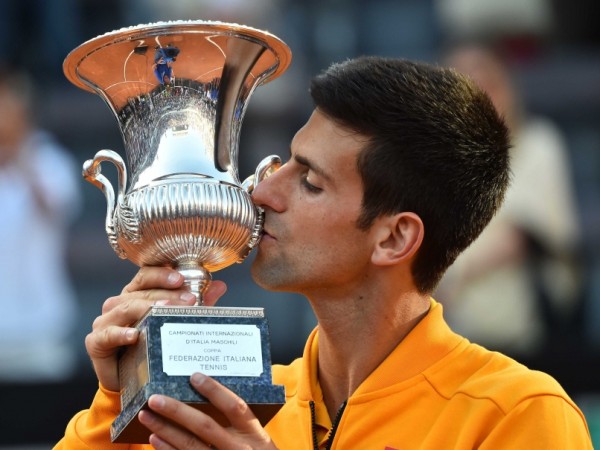 Novak Djokovic is on his biggest winning streak ever, just one away from breaking Roger Federer‘s record of 37, which could easily go to many tennis players heads. The number one ranked tennis player in the world is confident that he can continue winning, but he is still realistic about how it can just as easily go away. You can check out the full interview below.

After Sunday’s fourth time winning the 2015 Rome Open after beating number two seed Roger Federer in just two sets, Djokovic had this to say about his career trajectory.

But instead, the World No. 1 more modestly said this after his win: “I was able to find my way through.”

The World No. 1 beat Roger Federer 6-4, 6-3 on Sunday to clinch his fourth title at the Internazionali BNL d’Italia. Now the Serbian star enters Roland Garros, which begins 24 May, on a 37-match winning streak at the highest-level tournaments (Grand Slams, ATP World Tour Masters 1000s and the Barclays ATP World Tour Finals).

“The fact that I have managed to win so many matches in a row gives me a reason to believe I can do it again,” said Djokovic. “I want to keep it going as long as I can. I don’t want to think fear or everything else can be an obstacle and interrupt this streak.

“If I can repeat what I did in 2011? I don’t know. There are things out of your control. What you can influence is the present and how you can get in the position to do well in the future.”

Presently, Djokovic is the one to beat, having won the titles in Melbourne, Indian Wells, Miami and Monte-Carlo and now Rome. 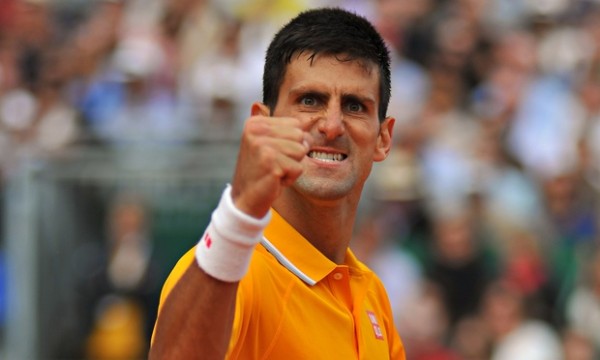 “It gives me a great deal of satisfaction that I won these tournaments,” he said. “I don’t think that I need to gear up or do anything special in order to be successful at Roland Garros. I have been very close to that title before, played several finals, I just need to continue preparing myself for that event as I prepare for any other, try to keep the routine going and hope it will take me where I want to be.”

Where the Belgrade native wants to be is hoisting the Coupe des Mousquetaires at the end of the fortnight, but it’s not just a trophy that Djokovic believes makes a champion.

“I don’t think a champion is defined only by results,” he said. “To be called a champion, you have to be a complete person, have strong character, a strong sense of compassion, values… and be humble. It is a holistic approach to the definition of a champion for me.”

After conquering Rome again, Djokovic, who turns 28 years old just two days before Roland Garros commences, looks forward to some downtime before he attempts to be crowned a champion again.

“We don’t get to see each other very often,” he said of his family. “I can’t wait to join them and spend some days with them before going to Paris.”

Djokovic has now won 24 ATP World Tour Masters 1000 titles, putting him ahead of Federer (23) and three short of Rafael Nadal (27).