As the July 22 premiere of Sharknado 3: Oh Hell No approaches, the film franchise has decided to drop one of their cameos last minute.

Jared Fogle, spokesperson for Subway, has been dropped from the film amidst the allegations of his involvement in child pornography. At this point, Fogle has not been charged or arrested for any of the accusations, but the FBI has raided his house.

Jared has already had a cameo in the Sharknado franchise, as he was seen waiting for the Subway in the 2nd installment.

A Subway spokesperson has told E! News that both the company and Jared have “mutually agreed to suspend their relationship due to the current investigation. Jared continues to cooperate with authorities and he expects no actions to be forthcoming. Both Jared and Subway agree that this was the appropriate step to take.”

Although Jared will be missing from the 3rd Sharknado, there will still be plenty of cameos, including stars such as David Hasselhoff, Jerry Springer, Frank Muniz and Mark Cuban.

You can catch Sharknado 3: Oh Hell No on Wednesday, July 22 on Syfy. 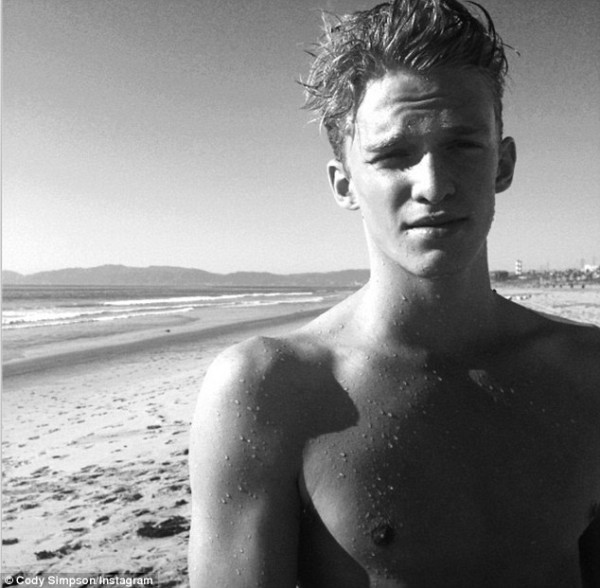 Cody Simpson recently opened up to Yahoo! Style, talking about his breakup with supermodel, Gigi Hadid. The two split in May and since than swirls of rumors have circulated – including that the breakup was messy.

However, Cody quickly put that rumor to rest as he insisted that they split amicably. He went on to tell the news outlet that he and his ex may not text all the time like before, but they still talk “every now and then…”

Cody explains that it is natural for people to grow in different ways and separate, but he knows that there will never be animosity between him and Gigi, as he will always be supportive of her.

Cody also told Yahoo! Style that both Gigi and him are single and have not moved on to new relationships yet.

Although, recent reports are conflicting to Cody’s statement, as many have reported that Gigi has been seeing singer Joe Jonas.

Is it awkward for Cody to model alongside Bella, his ex’s little sister? Doesn’t sound like it! Cody goes on to explain, “I’ve known Bella for a couple years…I always liked her, because she’s chill. She doesn’t care what people think of her. She’s more of a badass [than Gigi].” 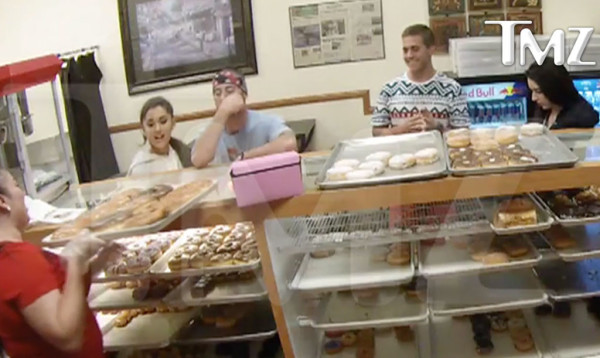 Following the release of surveillance footage showing Ariana Grande causing mischief by licking doughnuts that were on display as she waited in-line of a Californian donut shop, it is now being reported that Riverside County public health officials are investigating the incident.

Surprisingly, it is not Ariana and her friends who are under investigation. The health officials are looking into the donut shops procedures, as it is not up to code to allow for donuts to be displayed to the public without proper protection.

Not so fast Ariana! You are not quite off the hook yet. Celebrities such as Rob Lowe and Susan Sarandon have taken to twitter to put their two cents in regarding the incident. 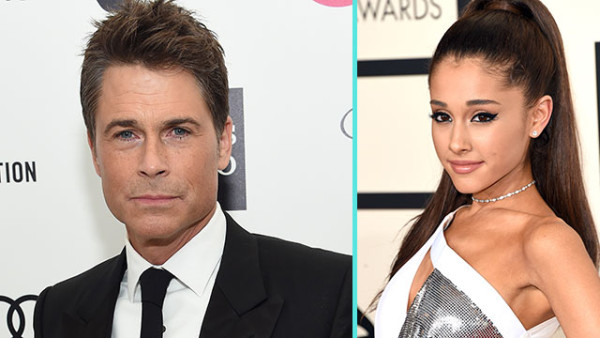 Rob’s initial tweet reading “…Yeah, sure. Pull the other leg, it plays jingle bells!” criticizes the pop-stars insincere explanation for her “I hate America” comment, where she blames “obesity in America” for her “out-of-context” remarks.

As my grandpa would say: "Yeah, sure. Pull the other leg, it plays jingle bells!" #Lame https://t.co/4rnj6e4ZYa