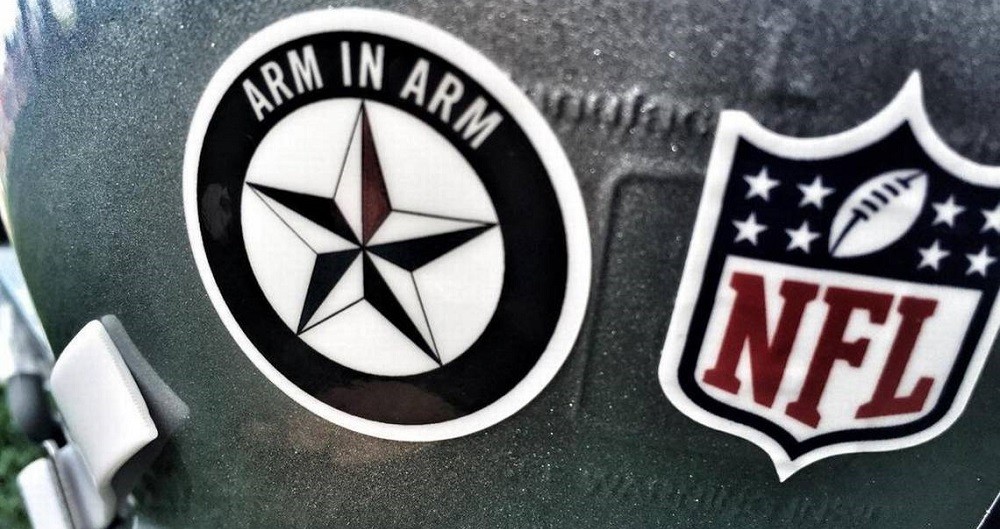 The NBA has been known to speak out on social issues, most recently moving the All-Star Game out of Charlotte, North Carolina, in response to the transgender bathroom law. Basketball players, in general, are also more vocal.

The NFL, in contrast, tends to stick to football. They have strict policies on what teams and players are allowed to wear during games, and it is relatively difficult to get any sort of alteration approved.

Just ask Pittsburgh Steelers running back DeAngelo Williams, who tried to wear pink all season in support of breast cancer research and his mother who was a breast cancer victim. The NFL told him he would be fined every game.

Cameron Heyward was fined twice for writing “IRON HEAD” across his eye black in honor of his late father. William Gay, whose mother was killed by his stepfather, received a $5,787 fine for sporting purple cleats to promote awareness of domestic violence. Brandon Marshall was fined over $10,000 for supporting mental health awareness with green cleats.

The NFL doesn’t put up with uniform violations. The only exception, as a rule, is support of fellow members of the organization, such as owners or players.

The Dallas Cowboys are the most recent team to be denied in-game social activism. Their “Arm in Arm” decal tributes to the fallen officers of the Dallas Police Department has been declared a no-go.

“Everyone has to be uniform with the league and the other 31 teams,” said Jones. “We respect their decision. There are so many wonderful, wonderful causes; the league has to be careful. If you allow one, then what do you do about every team that has a great reason to have something on their helmets? There are tons of things out there that need to be recognized. Once you open that Pandora’s Box, how do you ever stop?”

An argument can be made both ways. The NFL may rethink their stance in the near future. For now, the only way around the rule is an arm tattoo.