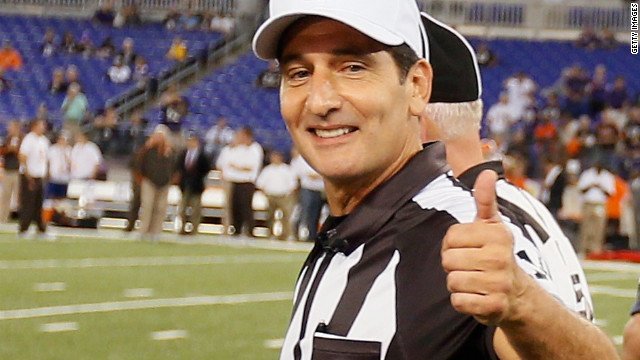 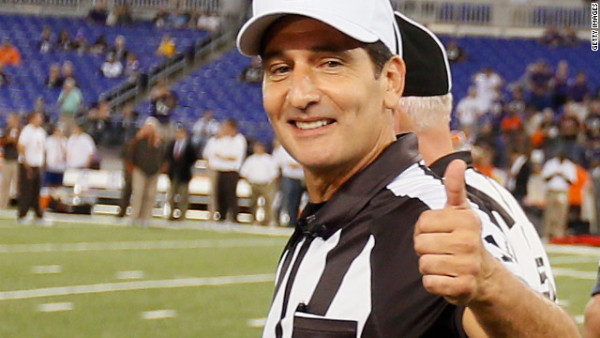 It’s easy to blame the refs. Tom Brady does it after literally every loss. But sometimes even sore losers like Tom have a point.

NFL officiating crews have had more of an impact on the outcome of games this season than any other time in recent memory.

There are way too many examples from this season, unfortunately. The first big controversy this season was the illegal ball batted out the back of the end zone at the end of the Detroit Lions at Seattle Seahawks Monday Night Football Game in Week 4. Things have only gotten worse in recent weeks, however, with at least one issue in each of the past three weeks.

In Week 10, the NFL admitted that the official screw up the end of the game and the Baltimore Ravens should have defeated the Jacksonville Jaguars.

Week 11 saw an erroneous whistle which resulted when the ref “lost track of the football” and prevented Danny Amendola from taking a short pass all the way with nothing but green in front of him. The New England Patriots can’t complain much though because the game ended on another poor call.

At the end of the game, Sammy Watkins caught a pass and fell backward out of bounds without being touched. The zebra nearest him kept the clock running because he forgot he wasn’t officiating a college matchup.

I’m sorry, what? How do you accidently apply a college football rule as an NFL referee?

“The play never should have started,” said Mularkey. “It should have been fourth-and-13.”

Mularkey pointed out a false start by Michael Crabtree on the play, offensive pass interference by tight end Andre Holmes, and the lack of contact between Webb and Amari Cooper. The NFL apologized for the call, but that doesn’t give the Titans a win.

As if that weren’t enough, the officials in Monday Night’s matchup between the Arizona Cardinals and San Francisco 49ers were so outrageously bad that the crew has actually been demoted from next week’s Sunday Night matchup between the Indianapolis Colts and Pittsburgh Steelers.

No, the Sunday Night matchup up between the Patriots and Denver Broncos does not make this list. There were just as many calls in the Pats favor as there were “bad” calls against them. Brady just has to find something or someone to blame for every loss.

Regardless of Brady’s typical complaints, the overall shift towards replacement-refs-from-hell style needs to be halted and reversed. Now.

The problem is, it’s not just one thing. It starts with slowing the turnover. 23 new refs have joined the herd over the past two seasons—that means nearly 20 percent of the refs in the league today have less than two full years of experience in the pros. Maybe that’s why they confused the rules with those of the college game.

NFL VP of Officiating Dean Blandino certainly hasn’t helped the matter either. Roger Goodell absolutely touted Blandino when he appointed him back in 2013, but clearly putting someone with no on-field officiating experience in charge of all NFL officials wasn’t the best idea. Whatever your opinion on the matter, league-wide errors appear to be on the rise.

“The goal of the system is to apply a consistent standard in terms of making these decisions,” said Blandino. “Anytime we can centralize that and have a small group of people manages that process; I think we’re going to be more consistent.”

Oh, really? Then what’s a catch? When is it pass interference? It’s different in every game, every week.

It may be a good idea on paper, but I think nine out of ten fans would agree that the command center has been an absolute flop through its first two years in the league.

I’m not saying Blandino should be fired, but I’m also not saying he deserves to keep his job after this year. All I know is if things continue the way they’re heading, Goodell has failed the sport of football once again with this hire.