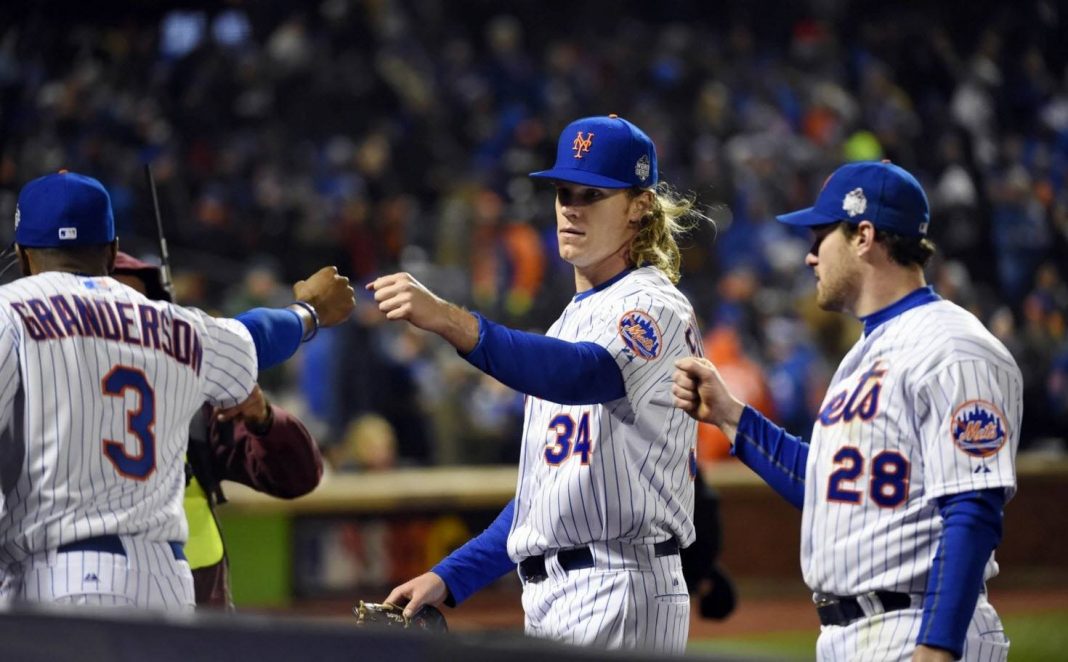 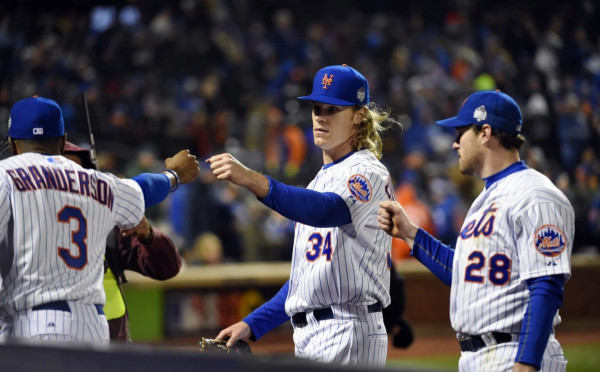 The New York Mets and the Kansas City Royals met in game three of the 2015 World Series on Friday night. In the first game of what will be a set from Citi Field, the Mets entered play much in need of a home-field victory. What transpired was a 12-hit performance, one that included home runs by David Wright and Curtis Granderson, that almost has the Mets back into the Fall Classic.
The final score in game three was 9-3 for New York, a game that saw the Mets explode against Kansas City in the sixth inning for four runs. However, while the sixth was the inning that put the game out of KC’s reach, New York had the edge even before that as the home runs by Wright and Granderson helped the Mets out to a 5-3 lead.
Noah Syndergaard picked up the win for New York on a night that has to be called a victory for the Mets’ bullpen. Four pitchers saw work, but none of them should be so fatigued, except for Syndergaard, who started the game, as to not be available if needed in game four. For the Royals, Yordana Ventura suffered the loss with five earned runs against him. In total, KC sent seven pitchers to the mound – something that has to trouble Ned Yost a bit.
With the win, Kansas City’s lead in the World Series is now just one game. Trailing two games to one, New York will look to even the series on Saturday night with a start time of 8 pm ET.
That game is expected to feature Chris Young on the mound for the Royals, a pitcher who worked extensively in the 14-inning game that opened the 2015 World Series. Steven Matz is the probable starter for the Mets, a well-rested pitcher who has been sharp so far in the post-season.
The challenge facing New York is to take the series back to Kansas City with a 3-2 lead. If they go back with a 2-3 deficit, the Mets are unlikely to win two straight against these home-field-strong Royals.
Conversely, KC will be in a very strong position if they can win just one of the next two games, with game four their next opportunity.