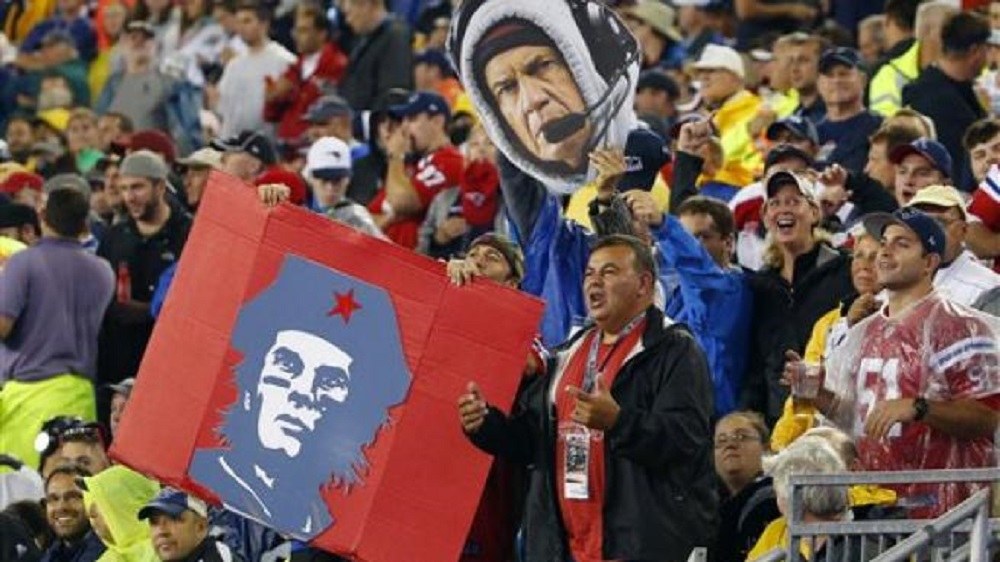 I was totally wrong about being tired of the DeflateGate story. It’s true that the entire saga got on my last nerve as I covered the story that was irrelevant from the start and got worse with the lack of real evidence against the Patriots and Tom Brady.

But the latest twist involving seven Patriots fans suing the NFL over their team’s punishment has pulled me right back in.

Roger Goodell and the NFL are accused of fraud, negligence, intentional infliction of emotional distress, and racketeering.

Do I think this lawsuit is petty, and maybe just a shot in the dark at making a quick buck on the off chance some wacko judge agrees with these “emotionally distressed” Patriots fans?

Yes and yes. And I think it’s awesome!

I don’t really care if the Patriots get their first round draft pick back or not. Or their million dollar fine refunded along with their fourth round pick in 2017. They do deserve those picks back. However, I’d just love to see this thing play out in court for a few years, so it costs the League time and money.

Roger Goodell insisted on dragging this ridiculous circus out even though the Wells Report was a million miles from showing hard evidence that Tom Brady was guilty of anything. Even after a court of law agreed with Brady, Roger and the League refused to let it go and appealed.

The more, the merrier I say. I hope more Pats fans join in with additional lawsuits over DeflateGate. That would be just punishment for the NFL not letting this drama die when it had the chance.

Maybe fans of over teams can add to the civil justice nightmare.

Perhaps Raiders fans of the past two decades can sue the League for allowing an eccentric old owner to wreck a once proud franchise. Benching Marcus Allen in the prime of the Hall of Famer’s career could be the main piece of evidence to get Raider Nation a fat class action check.

I’m sure Buffalo fans have a legal leg to stand on for the emotional distress caused by their four straight Super Bowl losses. The NFL should have at least gave them a free pass to the playoffs for future use after their monumental feat of reaching all those Super Bowls.

How about Browns fans? If any fan base in the nation has the right to sue the NFL, it’s Cleveland folks. They endured two of the most crushing AFC Title game losses ever. They had their best player in their miserable history, Jim Brown, quit in his prime. And they had their franchise whisked away to Baltimore for greener pastures. Browns fans should have hired a lawyer long ago.

How about Falcons fans like myself. Have we not suffered, going decades before ever having back to back winning seasons? I could use a settlement check over the torment of being an Atlanta fan. The League could have moved my team to an easier division, banned Jerry Glanville from coaching, or made Deion Sanders commit to one sport only back in the day.

So here’s to the seven “entrepreneurial” New England fans and their ambulance chasing attorney. I’m hoping for the best for them. By some miracle, I wish their team would get back their draft choices.

While that’s about as likely as Cleveland making the playoffs this year, I’m just happy DeflateGate lives on.

Let the misery the NFL created for itself go on forever.