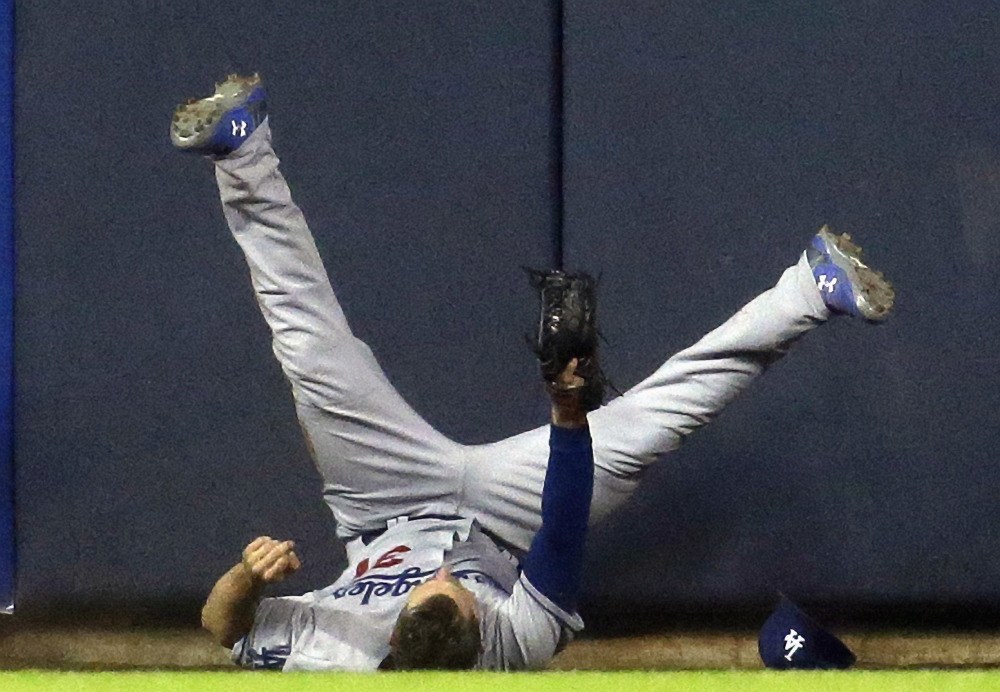 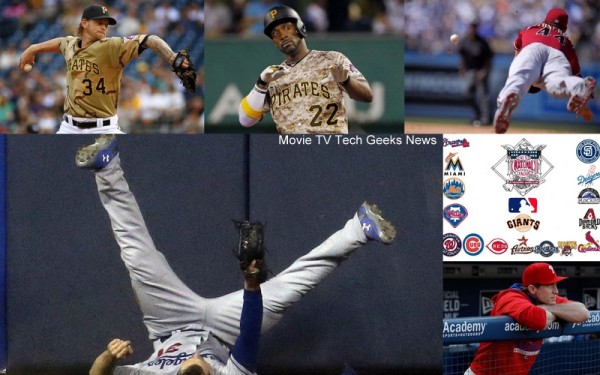 The 162 game Major League Baseball season has a tons of ups and downs. That has been the case this season as we have seen teams and players put together a great week followed by a disappointing week. The key winner over the past week in the National League has been the play of the St. Louis Cardinals. Last week the Cardinals landed on our loser list after All-Star pitcher Adam Wainwright suffered a season ending injury.

The week started off bad for the Cardinals losing 4-1 at home as Cole Hamels limited the team’s production. That would be the only bad news the team would dish out over the next six days winning their next six games. In that stretch the Cardinals would hand the Phillies three straight losses before sweeping the Pittsburgh Pirates over the weekend.

The key to the Cardinals success has been their red hot pitching in that stretch. In those seven contests the Cardinals allowed 18 runs with six of those games being three or fewer runs. Currently the Cardinals lead of all Major League Baseball in team earned run average.

San Francisco Giants: After a somewhat of a slow start for the defending World Series Champs, the Giants have slowly turned it around in week 4 of the 2015 Major League Baseball season. The Giants started off the week losing two of three against the Los Angeles Dodgers before sweeping the Los Angeles Angels over the weekend. The three game winning streak pushed the team to a 4-2 record for the week. The Giants pitching was excellent over the weekend allowing the Angels to score just six runs in the three game series.

Washington Nationals: Entering the season all the talk around the National League was on how good the Nationals rotation was going to be. That hasn’t been the case to start the season but the team rebounded nicely over the last week. The nationals picked up five wins in a seven game stretch including three of four over a New York Mets team that had been one of the hotter teams in all of baseball. In the weekend series, Stephen Strasburg, Gio Gonzalez and Doug Fister all picked up wins while the pitching staff allowed just four runs in four games. 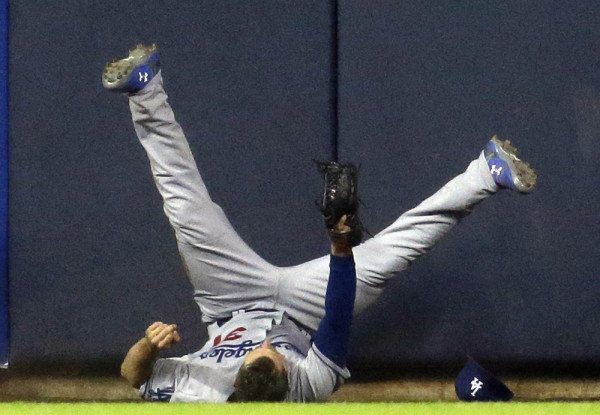 Joc Pederson, Los Angeles Dodgers: The Dodgers young outfielder has put on a power clinic over the past week plus. Last week in six games, Pederson touched off four home runs, drove in eight runs and scored four runs for the top team in the National League West division. 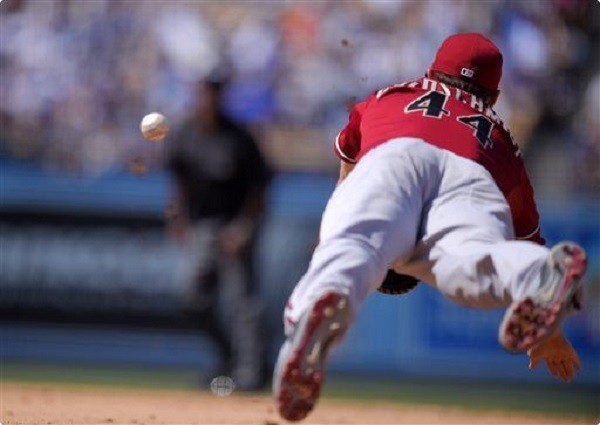 Paul Goldschmidt, Arizona Diamondbacks: When healthy Goldschmidt has shown he is one of the top first basemen in the game. We got to see that last week as the Diamondbacks first baseman picked up at least one hit in six straight games. In all, Goldschmidt picked up 15 hits in 27 at bats including one home run, four doubles and six runs driven in. 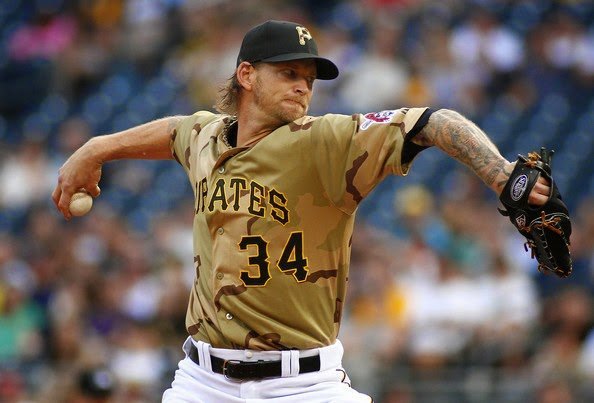 A.J. Burnett, Pittsburgh Pirates: While the Pirates continue to struggle, Burnett has been one of the only bright spots. That included his only outing last week as he struck out seven Cardinals in six innings allowing zero earned runs. Burnett would get the no decision as the Pirates would lose 2-1. On the season Burnett is 0-1 with a 1.45 earned run average.

Colorado Rockies: While no one expected the Rockies to be the top team in the National League West division we expected them to play a little better than they have over the past week. When you have a lineup that consists of Troy Tulowitzki and Carlos Gonzalez in the middle. That being said the teams struggles this year have been with their rotation. The Rockies were just 1-5 last week allowing 51 runs over a six game stretch.

Pittsburgh Pirates: The Pirates can’t seem to get anything going to start this season that includes former MVP Andrew McCutchen: Last week the Pirates opened up with back-to-back losses to the Cubs in Chicago before picking up game three. The team could not build on it as they were swept in St. Louis by the Cardinals. In all five of the teams losses the Pirates offense failed to score more than two runs.

New York Mets: After one of the hottest starts in all of baseball the Mets have shown some signs of struggling after starting the week with a win over the Miam Marlins. Following that win the Mets would lose their next three games before picking up a much needed win on Friday over the Nationals. Unfortunately for the Mets they couldn’t find a way to score in the final two games against the Nationals losing both games 1-0 finishing the four game series with just six runs scored. 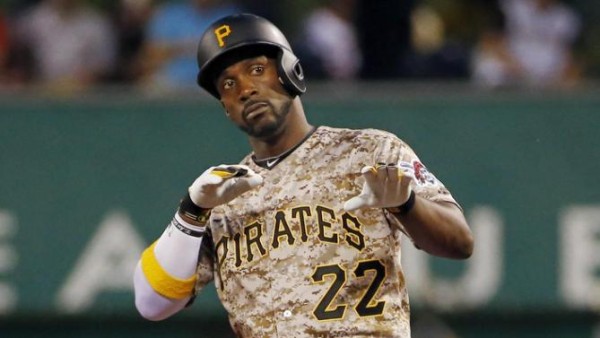 Andrew McCutchen, Pittsburgh Pirates: The former National League MVP continues to struggle despite picking up at least one hit in five of his six games last week. That being said McCutchen finished that six game stretch with just one extra base hit and two runs driven in. Till we see some production from the Pirates center fielder the Pirates could continue struggle. 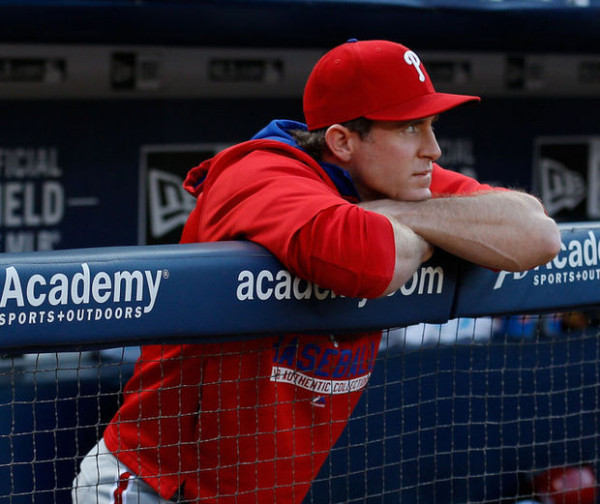 Chase Utley, Philadelphia Phillies: The veteran second baseman is putting together his worst season as a professional. In his six appearances last week, Utley picked up just two hits in 25 at bats with only one extra base hit which was a home run in the teams loss to the Miami Marlins.