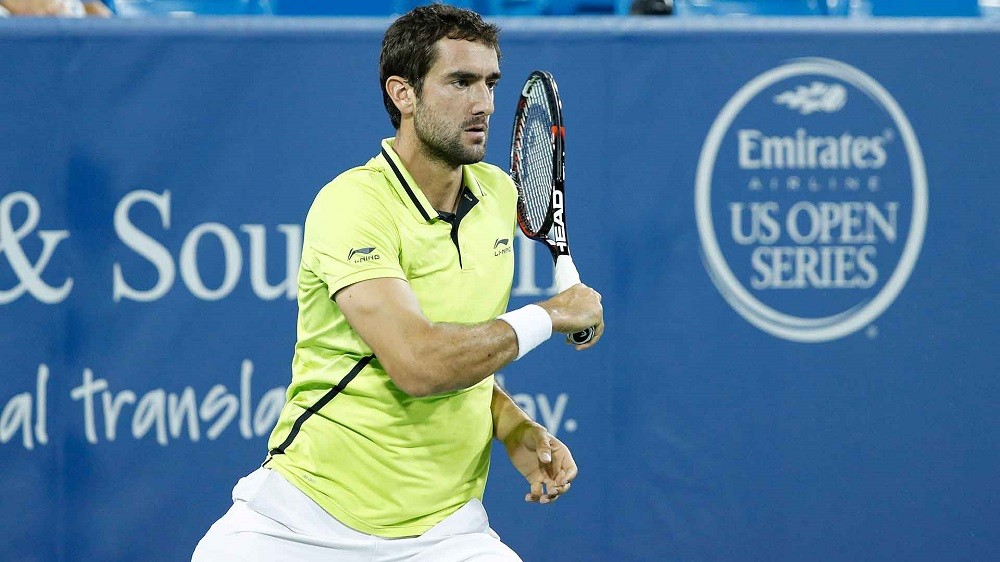 In a result that should definitely be sounding the alarms on the ATP World Tour, Marin Cilic claimed the Cincinnati Masters title on Sunday. The winner of the 2014 US Open ended Andy Murray‘s 22-match winning streak in the Western & Southern Open final, the Scot perhaps fatigued following a gold-medal run in Rio that concluded about a week ago. The final score in the Cincinnati final was 6-4, 7-5, a result that catapults the Croat back into the Top 10 on tour.

Despite winning a Grand Slam earlier in his career, the Cincinnati result is the first title at the 1000 level for Cilic. The title comes just days after he announced a new coaching relationship with Jonas Bjorkman. Bjorkman was not in Cincinnati with Cilic during his title run so the impact that the Swede had, if any, on the Croat isn’t clear.

Cilic spoke about his service games after the match:

“The serve was a big factor in my game. I was hitting a lot of big serves in important points, and I was definitely very mentally strong in that second set. Andy was starting to play a bit better, but it’s definitely a huge win against him. He’s been on a great run the past couple of months.”

Come Monday, Cilic will leap over a handful of competitors in the Top 15 and settle as the World No. 9 for the time being. Dominic Thiem will be pushed down to the World No. 10 position while Jo-Wilfried Tsonga will exit the Top 10. When it comes to the 2016 US Open, which starts in about a week’s time, Cilic is certainly a player to watch.

He is a proven Grand Slam winner and Flushing Meadows is where he has played his best. However, Cilic is still an injury-prone competitor, and it’s possible that a title run in Cincinnati might take something out of him. Even when he had the 2000 ranking points in his pocket for winning the 2014 title at Flushing Meadows, Cilic was never able to make a charge at making the Top 5 on tour. That was mainly because of a shoulder injury that kept him from regularly contesting events for several months after the win at Flushing Meadows two years ago.

But if there are no reports of injury in the week ahead, then I think Cilic may be heading to another deep-round appearance in a major. He has 720 ranking points to defend in New York, a large chunk associated with a semifinal run from last season. If he can maintain that and then do some big damage in both Shanghai and Paris, then Cilic is certainly heading toward the Top 5. With the Cincinnati title, the Croat will also enter the picture as a candidate for the year-end ATP World Tour Finals.

The only other major news in tennis this week came from Cincinnati as well, but on the women’s side of things. Angelique Kerber, perhaps much like Murray, ran out of gas at the final hurdle of the WTA Premier Mandatory tournament. Kerber, like the Scot, had contested the gold-medal final just last weekend. Her efforts in Rio may have likewise left her with nothing at the end of the Cincinnati event as she fell to Karolina Pliskova, a player that picked up her most prestigious win to date.

Kerber’s loss means that Serena Williams will remain the top ranked player in the world for the time being. The American is nearing the all-time mark for most consecutive weeks at No. 1, a mark currently held by Steffi Graf. Calculating the rankings can be tricky, but I think with Kerber losing in Cincinnati the American is practically assured of breaking that record now.

Kerber will be 190 ranking points back of Williams as of Monday. I don’t see the German’s name in the New Haven draw this upcoming week so she can’t gain points there. Furthermore, Williams was NOT in New Haven LAST year so she can’t lose points with the 2016 results of the Connecticut event.

I don’t think there’s anything else to look at right now so those conditions being the case, it looks like the World No. 1 ranking will be settled in New York. Since the post-US Open rankings are three weeks away, I think Williams is assured of at least three more weeks on top of the world and that will lead to her breaking Graf’s record.

Cilic, Murray, Graf, and Williams are all expected to play in the US Open which starts on August 29th and concludes on September 11th.