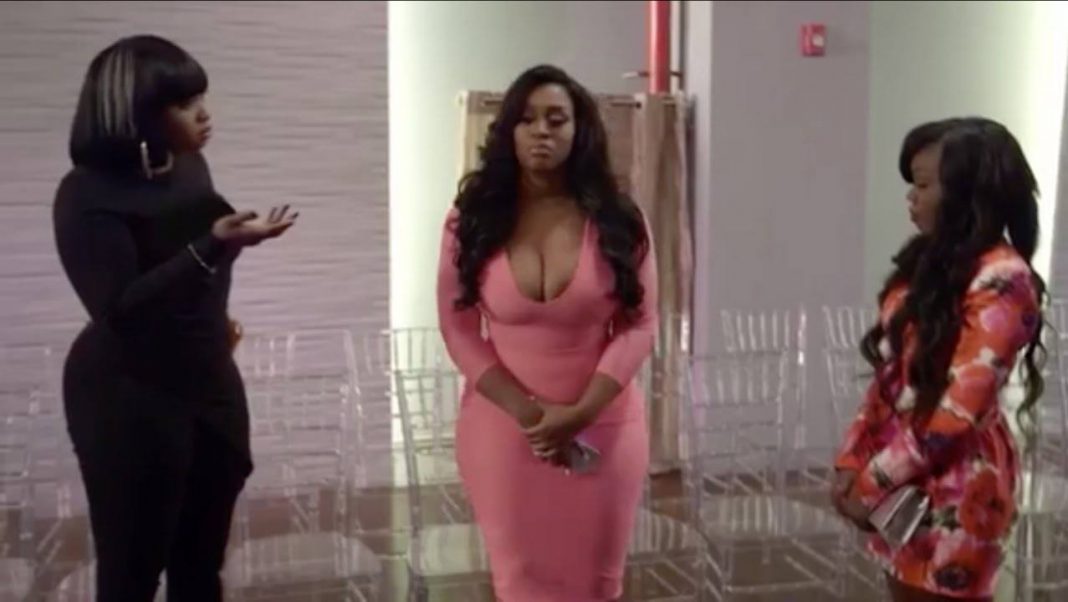 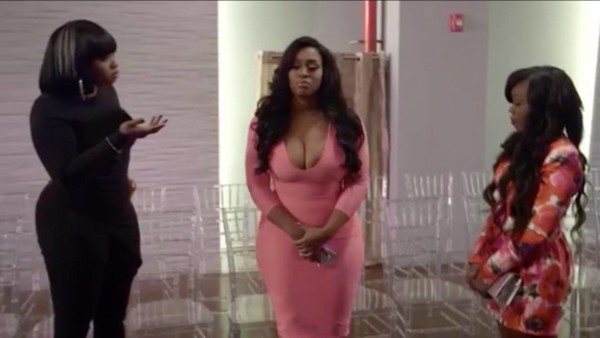 “Love & Hip Hop New York” is all kinds of twisted this week… just how we like it, right?

Amina and Peter are doing great! Yes, it’s a surprise to me too. Apparently she is willing to give the dirty dog another chance and even reasons within herself that ending her pregnancy was a choice she made for her. We all know, though, she made it due to her messed up the relationship with Peter because she really didn’t want to get rid of her baby. My question is what’s going to happen when she finds out that Tara is pregnant with her husband’s child with her getting the abortion? That would mess with any woman’s head.

Well, that moment finally comes. Tara calls Peter to come over and tells him she’s 18 weeks pregnant. You can see his heart drop. Peter actually shows some real emotion here, crying, when he tells Tara that Amina had an abortion. Her first response is “so what” because she’s so over their relationship, which is a really f%$#ed up. Peter expresses to his baby momma that he wants to change and that all the things people say about him are true, no matter how much he tries to prove them wrong. Tara tells him to “own your shit” and Peter is disgusted with himself as he knows Amina will be devastated.

Remy and Rah are still on the outs after what happened at her fashion show. While she feels that it is mostly her friend’s fault, she misses Remy. Plus, the fact that she is supposed to be helping Remy plan her wedding is all the more reason for the two to make up. Speaking of Remy’s wedding, she has some issues with certain family members, and those issues mean that they will not be in attendance. She shares with her husband how she feels about her mother and Pap’s mom not visiting her while she was in prison. He, being the caring man that he is, sets a plan to nip all issues in the bud. He arranges a meeting with his mother first. After telling her how she feels and hearing her response, Remy realizes that Pap’s mother does love her, and anything she said to him while Remy was away was based on concern for her son’s well-being. Now all she has to do is make nice with her mother, which is a little more complicated.

Next, there is Lexi, and she is still upset about Rah choosing Mariah Lynn to perform at her fashion show instead of her. She calls on Moe as she needs someone to talk to and they have a conversation about what happened with Rah and what happened between them. Moe thinks it’s hilarious and typical while Lexi feels like she’s being punished for being a good person. When Moe tells her she’s working on her own album, Lexi is dumbfounded. She also lets her former partner know she’s performing at DJ Self’s upcoming cypher, and Lexi says that they can do it as a team. Moe gives her no love on that notion and walks out on her.

Later, Lexi has a conversation with Rah about what happened at the fashion show. Her manager apologizes and tells her to trust that she has things popping for her; including working with one of the hottest rappers in the game right now- French Montana. While Lexi is still skeptical about Rah managing her, she has to admit that Miss. Ali comes through in a big way when she goes to the studio, and French is there waiting to hear her music. She performs for him; he thinks Lexi’s dope and agrees to take her track with him to do a possible feature on the song.

Cardi invites Bianca and Mariah Lynn to a glass blowing class since she is trying to keep with the etiquette theme Tara introduced her to. She’s been doing a lot of “white people activities.” They talk about DJ Self’s cypher, and ML gets all hype about taking Moe to task on the mic. Bianca also invites Cardi to the studio with Yandy to hear her new music. Little does she know Moe will be there as well.

In the end, Bianca’s hate for Moe may have cost her Yandy’s management. Moe is in the zone while in the studio recording a song to the beat Yandy gave her (she also gave it to Bianca). Let me say here that Moe is a way better rapper than Lexi, in my opinion, after hearing both of them rap this episode. Right as she finishes, Lil B and Cardi come in, and the Chicken Noodle Soup girl’s whole demeanor changes. I mean, question Yandy (who replies “do you pay my bills”) roll her eyes, demand answers changes. She and Moe go back and forth; Bianca throws a drink, they lunge at each other and security steps in to separate them.

Next week looks to be super dramatic with Peter telling Amina the not so good news and Bianca showing Yandy no love.