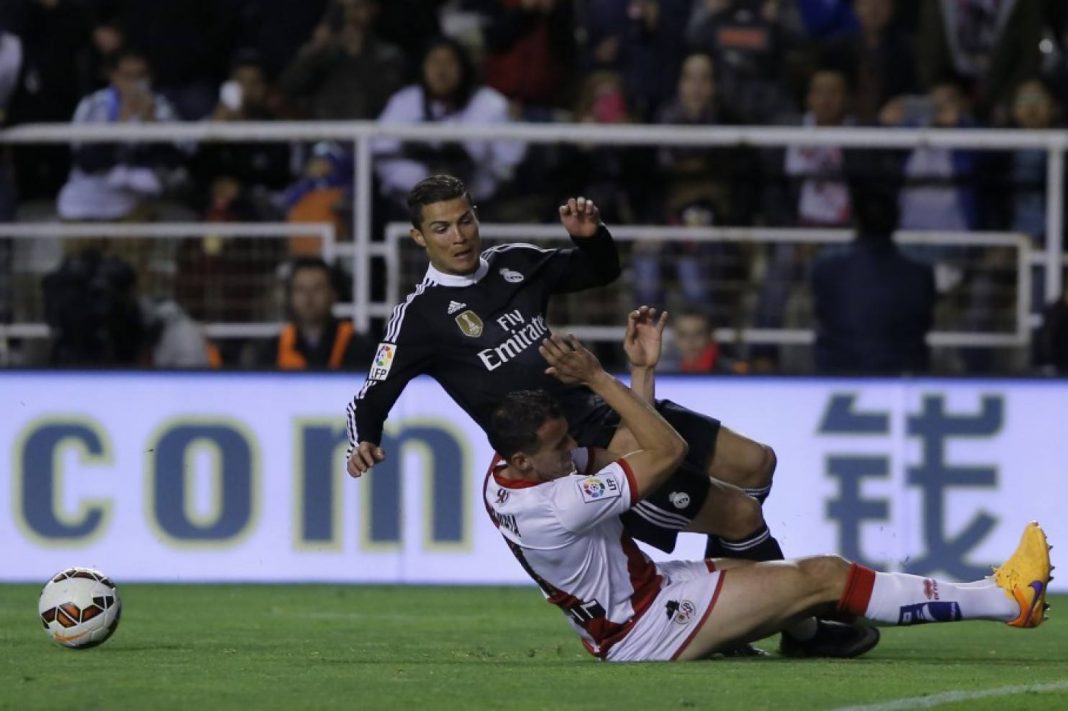 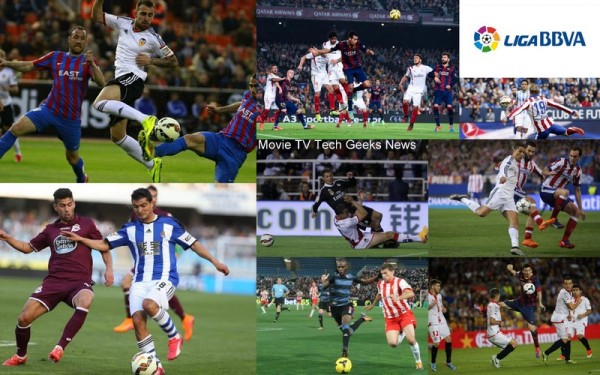 Unai Emery’s Sevilla did Real Madrid a big favor by holding Barcelona to a draw on Saturday. The top two sides in the La Liga are now separated by only two points. 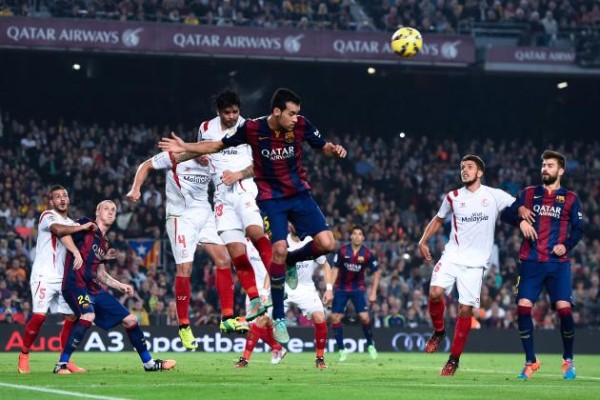 Carlo Ancelotti’s team would be hoping for a similar result this week as Barca entertain the fourth place Valencia at Camp Nou on Saturday. One more slip up by the Catalans can allow Los Blancos to capitalize and take charge of the title race. There is only a goal difference of three between the two Spanish giants, hence it will get very tight if Barca lose two more points this weekend and Real win their tie against Malaga. 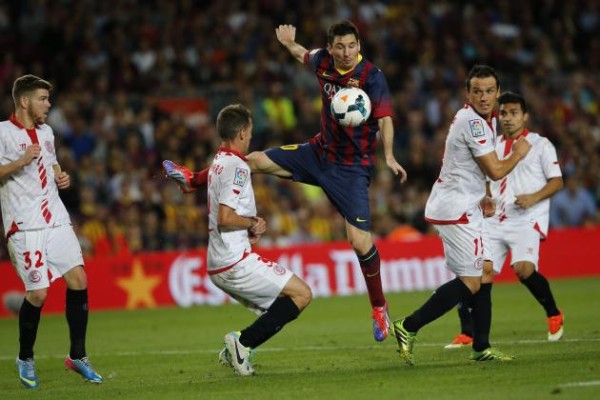 Sevilla hosted Luis Enrique’s side at the weekend and the score after referee’s final whistle was 2 – 2. The hosts conceded two goals in the first half-an-hour but they made a sensational comeback as Gameiro scored an equalizer in the 84th minute. Barcelona allowed Sevilla only two shots on target, both of which found the back of the net. 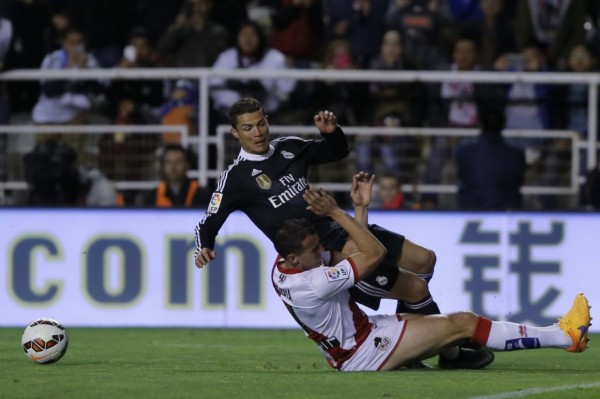 Cristiano Ronaldo scored his first free-kick in a long long time on Saturday against Eibar. Manchester United’s on-loan striker Javier Hernandez added the second of the night at the Santiago Bernabeu. The last and final goal was scored by Jese as Eibar lost 3 – 0.

The current Spanish champions were held by Malaga in a 2 – 2 stalemate. Fernando Torres scored but it was at the wrong end of the pitch. Antoine Greizmann came to his side’s rescue and scored a brace including the equalizer in the 78th minute. 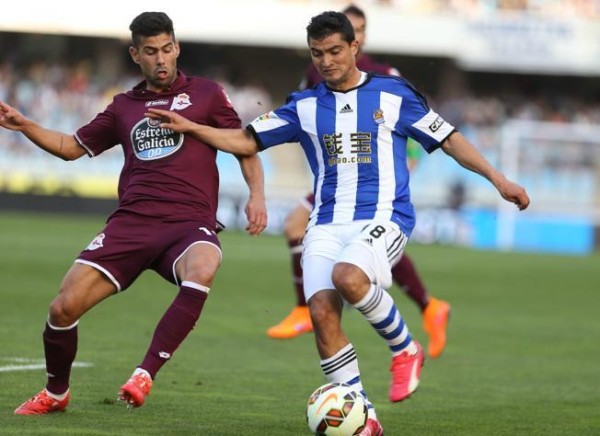 The goal of the weekend was scored by Real Sociedad’s Chory Castro. Castro scored a powerful volley with his left foot, but it couldn’t win his side all three points as Deportivo’s Nicholas scored in the 78th minute to draw the match 2 – 2. David Moyes’ Sociedad is currently 11th on the league table and has a very good chance of climbing up with the top half of the table dwellers. Deportivo’s next face off will be against Diego Simeone’s Atletico Madrid on Saturday. 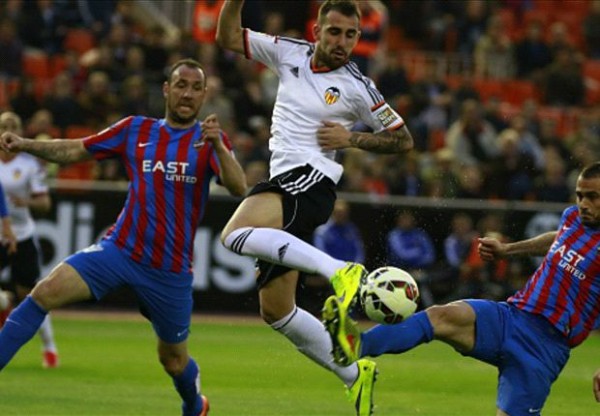 Valencia won 3 – 0 at home against Levante. The former Manchester City player Alvaro Negredo netted a brilliant goal for his side. 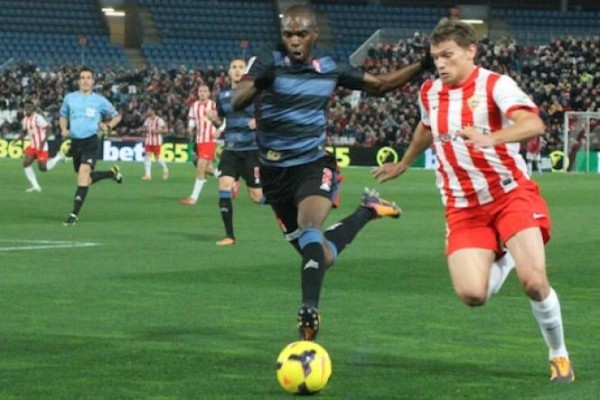 Almeria won 3 – 0 against Granada and are now out of the relegation zone. Levante’s loss to Valencia has put them in the demotion battle. Levante and Almeria have equal points (28) but Almeria has a better goal difference. Cordoba’s fate looks sealed as their performances are not getting better as we’re nearing the end of this season. Cordoba lost 2 – 0 to the 15th place Elche and are still nine points far from the safety from relegation. 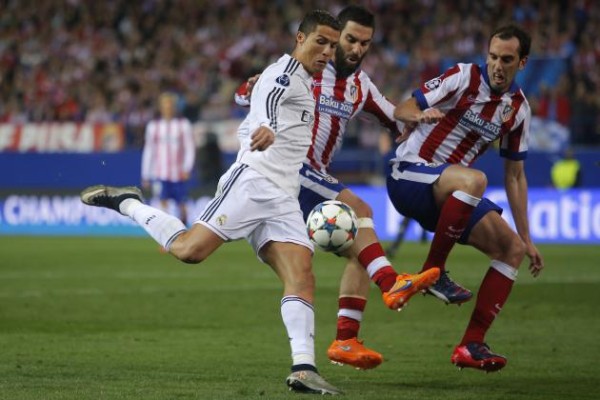 Three teams from the Spanish league will be involved in the midweek Champions League games. Atletico and Real Madrid will go head to head at the Vicente Calderon in the first leg of the quarter-finals, while Barcelona will play the Ligue 1 outfit Paris Saint Germain.