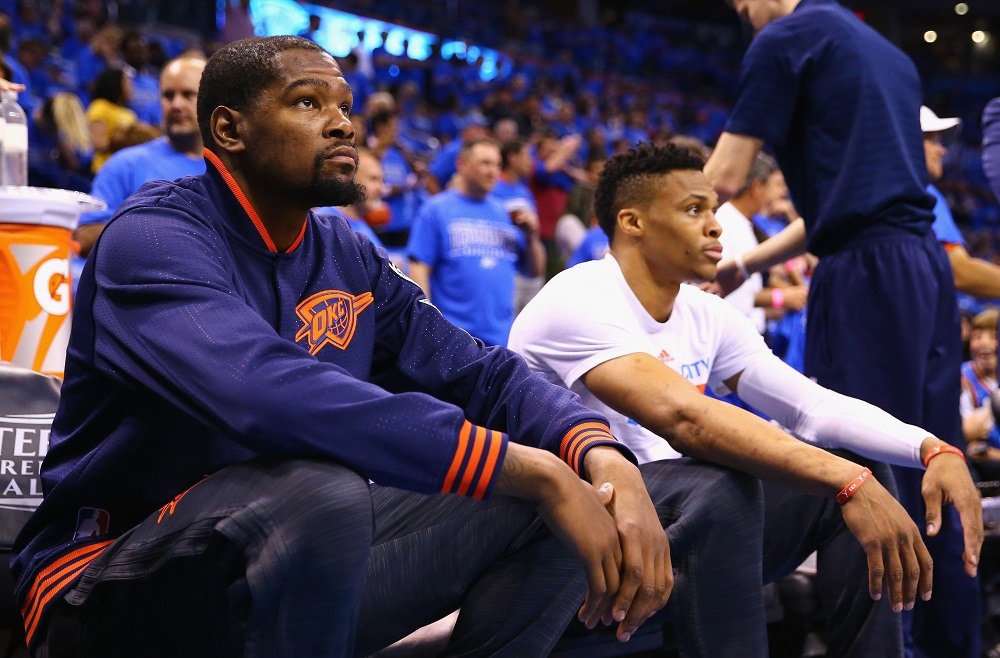 As the NBA season gets underway, the Golden State Warriors continue to be the hot topic of the year. After their blowout loss to the San Antonio Spurs on Opening Day, everyone wants to know where this team is going.

As a result, the Warriors offseason acquisition Kevin Durant has been highly criticized, critiqued, and covered. Durant has been playing well; however, the main news right now involves his interviews on former teammate Russell Westbrook, the Oklahoma City Thunder, and the Warriors.

“The 405 [OKC’s area code] has a special place in my heart,” said KD. “Those fans, no matter what they call me or how they feel about me, they know that if you see me anywhere, that you’ll feel like I was your friend. That’s how you made me feel, and how I made them feel. Those memories are never going to fade. I feel a certain way about that city, that state, that organization. And I look at this as—I’m going to put that on my trophy case. That eight years is going to go in my trophy case. Not in the trash.”

Of course, Russell Westbrook still isn’t happy. Durant proceeded into a nice speech about how there are no hard feelings there between he and Westbrook, but Russ just doesn’t see it the same way, notably mocking Durant’s earlier comments on their relationship and the Warriors.

Finally, KD admitted that as the Warriors were blowing their 3-1 lead in the NBA Finals against the Cleveland Cavaliers, he saw the potential to succeed with the team.

“I’d get wide-open threes, I could just run up and down the court, get wide-open layups…As they lost, it became more and more real every day. You start to think about it even more. To see if I would fit. Then once I sat down with these guys, everything that I wanted to know about them, they kinda showed me…

“They didn’t get the job done, and they came after me.”

So far, Durant seems to be fitting in well. But the real question is can they win?