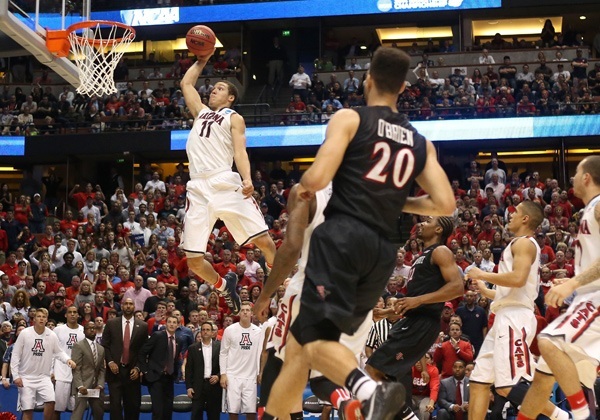 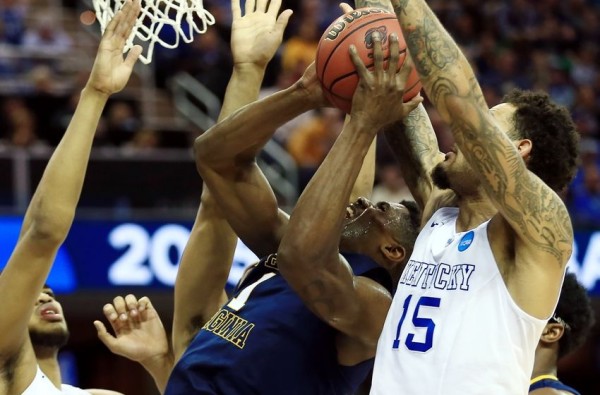 It’s already been broken down from an odds makers perspective, but after the Kentucky Wildcats ran roughshod over the West Virginia Mountaineers, it’s expected for them to do pretty much the same thing to Notre Dame. Notre Dame’s entry into the Elite 8 came as a big shocker, but they still have the ability to shock even more if they can take on the Wildcats. That’s not what looks to be in the future though. 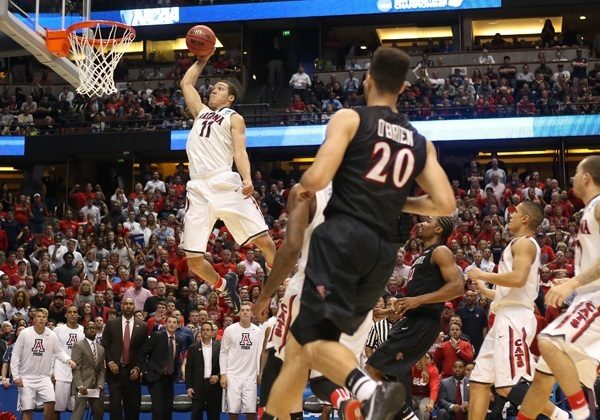 Arizona and Wisconsin projects to be a tight game, similar to the overtime matchup the two squads played in last year’s Elite Eight. Coach Bo Ryan’s Wisconsin team won that game 64-63 and advanced to the Final Four. The No. 1-seeded Badgers and No. 2-seeded Wildcats should once again play a close contest. Senior Center Frank Kaminsky will try to lead Wisconsin to victory in Staples Center in Los Angeles, while Arizona will counter with freshman swingman, and likely NBA lottery pick, Stanley Johnson.

Both teams are stingy defensively so it shouldn’t be a high-scoring affair, but rather a tense, hard-fought battle. Wisconsin allows just 57.2 points per game and Arizona allows 59 points per game. Coach Sean Miller’s Wildcats likely have the more dynamic offense, but Wisconsin often slows the pace of the game to counter high-scoring teams.

The other Elite Eight matchup on Saturday is not expected to be a tight one. The No. 1-seeded Kentucky Wildcats ran over the West Virginia Mountaineers in the Sweet 16, winning in dominant fashion 78-39.  They are expected to handle Notre Dame at Quicken Loans Arena in Cleveland. Kentucky’s dual seven-footers, Willie Cauley-Stein and Karl-Anthony Towns, will be tough to defend in the post for Notre Dame. Kentucky Coach John Calipari’s squad, deep and supremely talented, appears to playing its best basketball.

The No. 3-seeded Irish rely heavily on star senior guard Jerian Grant (16.8 ppg, 6.6 apg), who will have to go against a deep Kentucky backcourt rotation. Junior forward Zach Auguste played well in Notre Dame’s Sweet 16 win over Wichita State, scoring 15 points and grabbing six rebounds. The Irish rely on a great perimeter attack but Auguste is their best true post player and he will need to step up against the elite UK frontcourt. ND Coach Mike Brey will likely do his best to keep his team in the game early. As the West Virginia game proved, if Kentucky gets up early it is supremely difficult to beat.

The Wisconsin-Arizona game will start at 6:09 p.m. EDT and the Kentucky-Notre Dame game will begin at 8:49 p.m. EDT.