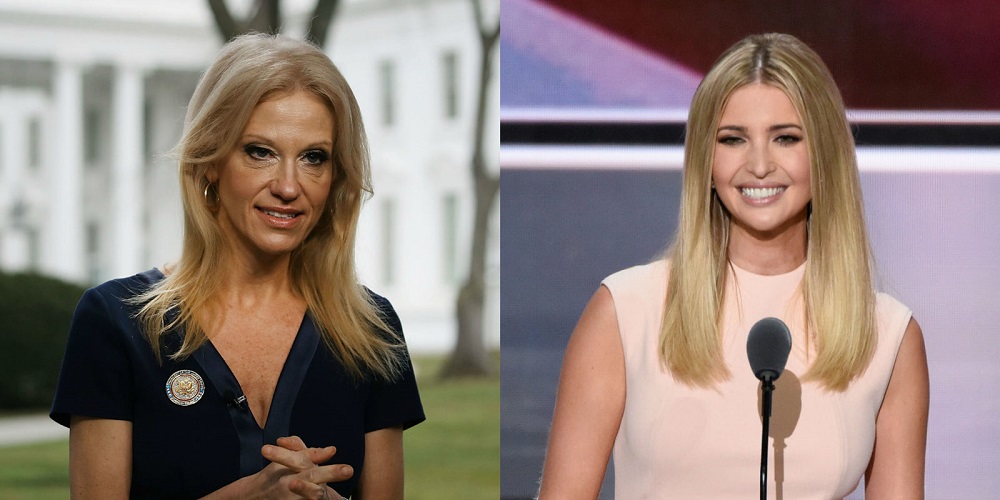 “Go buy Ivanka’s stuff is what I would say. I’m going to give a free commercial here: Go buy it today everybody, you can find it online.”

That fact that she even stated she was giving a free commercial gave it a feeling of QVC from the White House.

While what she did wasn’t illegal, it was certainly unethical, and it may have violated federal ethics rules.

Federal ethics rules state that an employee of the government’s executive branch “shall not use his public office for his own private gain, for the endorsement of any product, service or enterprise, or for the private gain of friends, relatives, or persons with whom the employee is affiliated in a nongovernmental capacity.” Legal experts said Ms. Conway appeared to have violated those rules.

This has been a prickly issue for Trump who has said that he would separate himself from his business, but no one is surprised at this happening. That’s the sad part. It’s expected from this White House.

My daughter Ivanka has been treated so unfairly by @Nordstrom. She is a great person — always pushing me to do the right thing! Terrible!

The fact that this happened just one day after Trump lashed out at Nordstrom’s for dropping his daughter’s line makes it seem even more suspect. White House press secretary Sean Spicer stated that the store dropping her line was a way of attacking President Trump. He said that the president was responding to “an attack on his daughter.” No one could tell if he was speaking about a specific action by Nordstrom or attempts to boycott anything bearing his name. Naturally, Spicer didn’t elaborate.

Right before Conway went into her Ivanka sales pitch, she mentioned that Ms. Trump was being targeted by people who didn’t like her father. “They’re using her,” she said, “to get to him.”

This brought up ethical questions on Wednesday and now has them really up after Conway’s QVC moment.

Citizens for Responsibility and Ethics in Washington and Public Citizen, nonprofit advocacy group, asked the Office of Government Ethics to investigate whether Ms. Conway’s comments went over the line.

“This seems to us to be about as clear-cut a violation as you can find,” said Noah Bookbinder, executive director of Citizens for Responsibility.

Lawrence M. Noble, formerly the top lawyer and ethics officer at the Federal Election Commission, said the ethics rules exempted the president and vice president, but not other Executive Office employees such as Ms. Conway.

“I think this is a violation, but I’d like to hear an argument as to why it’s not,” said Mr. Noble, general counsel of the Campaign Legal Center, a nonprofit advocacy group. “She was speaking on behalf of the White House, in her official position, which makes it more serious.”

In normal circumstances, this would result in a letter of reprimand and possible termination, Noble said. In very rare cases it could go to the Justice Department for civil or criminal penalties.

Ethics lawyers are saying that the implication, intended or not is: Hurt my daughter’s business, and the Oval Office will come after you.

“This is a shot across the bow to everybody who is doing business with Trump or his family,” said Norman Eisen, who was President Barack Obama‘s chief ethics counselor. “It’s warning them: Don’t withdraw their business.”

Trump’s son Donald Jr. tweeted a link Thursday to a story on the Breitbart conservative news website saying that women across the country are cutting up their Nordstrom cards and planning boycotts after the decision to drop Ivanka Trump’s brand. 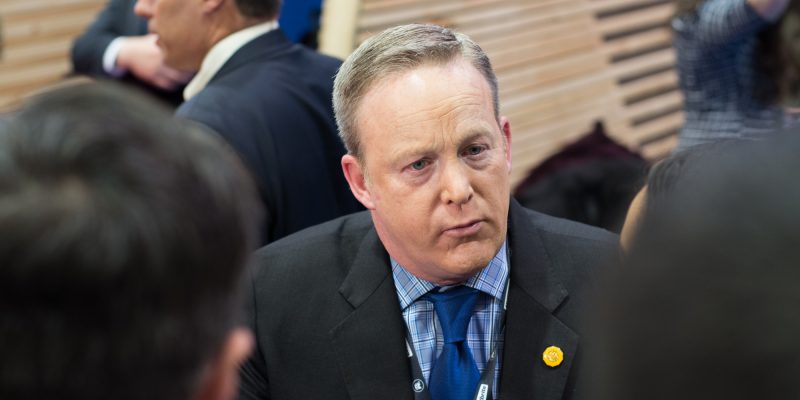 White House press secretary Sean Spicer said that Conway had been ‘counseled’ already and did not elaborate any further. The only person to ‘counsel’ her would be Trump, and it seems unlikely that he would reprimand her for helping sell his daughter’s products. Especially after his Nordstrom tweet on Wednesday.

Trump last month tweeted his own support for another retailer, L. L. Bean, saying, “People will support you even more now. Buy L.L.Bean.” A company board member, Linda Bean, donated money to a pro-Trump super PAC.

Both Trump and his daughter have pledged to distance themselves from their various businesses. While she has stepped away from her leadership role at the Ivanka Trump brand, both she and her father have officially resigned as executives at the Trump Organization.

It’s quite obvious that both the president and Ms. Trump still maintain strong financial ties to their companies. He will continue to receive reports on the financial performance of the Trump Organization while Ms. Trump will still hold a financial interest in her brand.

Following closely in her father’s footsteps, Ms. Trump licenses her name to partners that manufacture and market these products. Macy’s, the country’s largest department store chain, sells her shoes and clothes.

So Macy’s, you better watch your footing or you could also see your stock price rise.