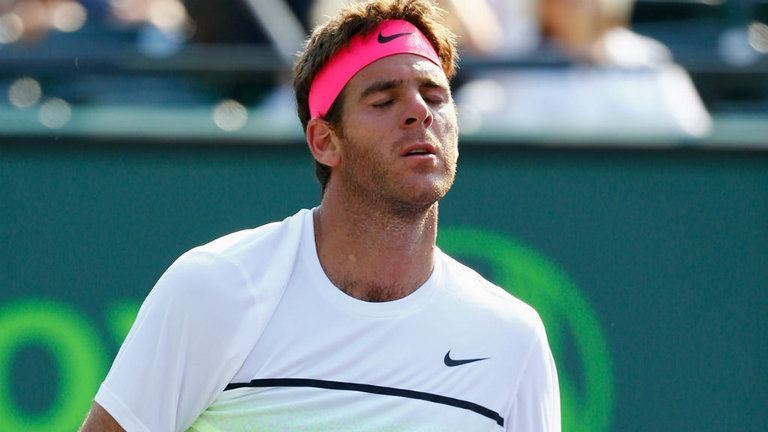 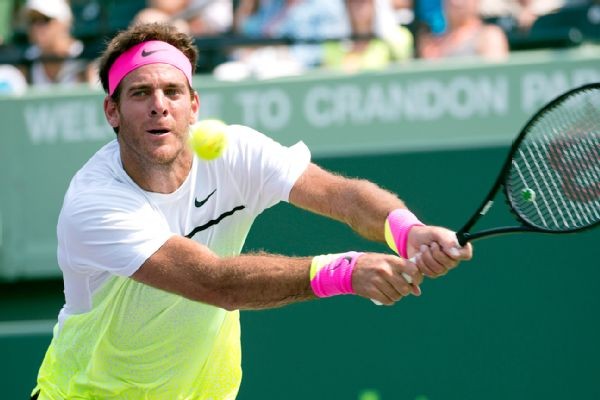 Juan Martin del Potro return to tennis at the Miami Open caused quite a stir, but sadly, his latest comeback from a wrist injury is off to a very slow start.

Playing his first match since January 15, Del Potro lost on Thursday to Vasek Pospisil 6-4 7-6(7) in the first round.

Del Potro had been sidelined with a lingering left wrist injury. The 2009 US Open champion underwent wrist surgery a year ago and played in just four tournaments in 2014, and his world ranking has fallen to 616. 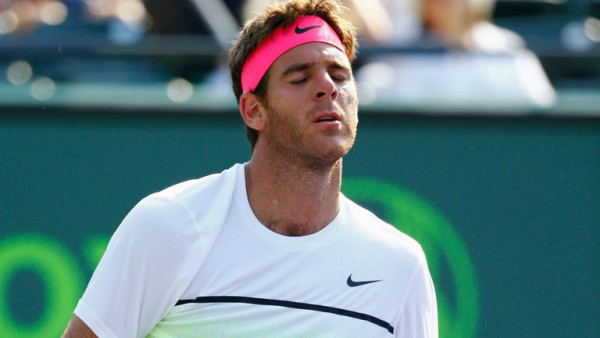 Rustiness showed in the second set, to the disappointment of a partisan stadium crowd rooting for the Argentine. He served at 5-4 but was broken. He had a set point at 6-5 in the tiebreaker but double-faulted. He double-faulted again on the next-to-last point.

In other results, American Steve Johnson lost to Mikhail Kukushkin 6-4 3-6 6-2. Marcos Baghdatis lost to Simone Bolelli 6-2 6-2. Martin Klizan won and will face world No.1 Novak Djokovic in the second round on Saturday night.

In the women’s draw, Venus Williams began her 16th appearance at the tournament by beating qualifier Urszula Radwanska 6-3, 6-2.

Radwanska, the 2012 champion, has advanced to at least the quarter-finals each of the past five years. She is seeded seventh and all seeded players had first-round byes. Fourth seed Caroline Wozniacki also advanced, beating Madison Brengle 6-0 6-1 in less than an hour on court. 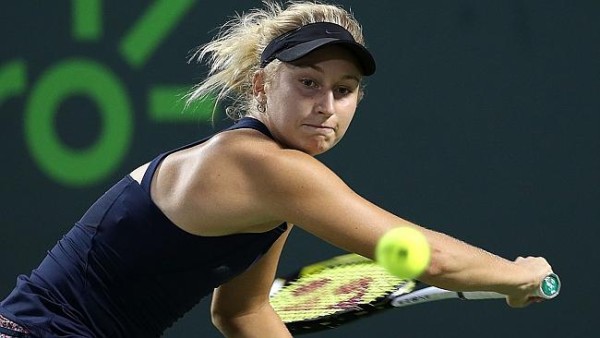 Maria Sharapova is 0-5 in Key Biscayne finals. This year, her loss came at the start.

Seeded No.2, Sharapova was upset in her opening match of the Miami Open by wildcard Daria Gavrilova 7-6(4) 6-3.

The 21-year-old Gavrilova, who was born in Moscow and is based in Australia, earned her first victory over a top-10 player with a poised, aggressive effort before a near-capacity stadium-court crowd.

Sharapova said she went into the match knowing little about Gavrilova. But Gavrilova was well-acquainted with the Siberia-born Sharapova.

Sharapova lost serve four times, struggled with her return and found herself in a succession of long rallies thanks to the 5-foot-5 Gavrilova’s defensive skills.

“She runs a lot of balls down,” Sharapova said. “I was committing a lot of errors off of those balls and not really staying patient and just going for too many winners.”

Sharapova trailed in the first set, rallied and again fell behind in the tiebreaker. She looked back ruefully on an easy overhead she netted on the next-to-last point of the set.

“That would have leveled it in the tiebreaker,” she said. “I would have loved to get that one back.”

Sharapova then fell behind three-love in the second set and could never pull even. When she misfired on her final shot, Gavrilova did a pirouette and landed with a big grin. Gavrilova had been 0-4 against top-10 players.

“I always believed, and that’s probably why I won,” she told the crowd. “I was very composed. I told myself to keep believing and keep trying.”

Ranked 97th, Gavrilova cracked the top 100 this week for the first time. She is making a comeback from a torn ACL in her right knee in 2013.