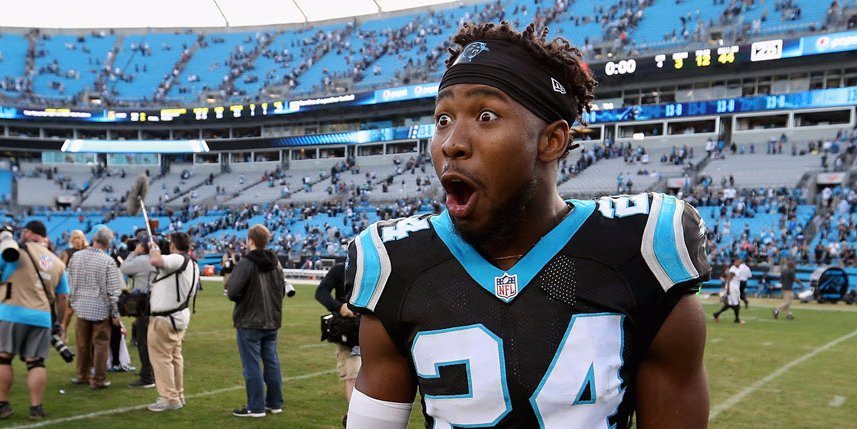 It didn’t take Josh Norman long to land a massive deal after the Carolina Panthers rescinded their franchise tag making him a free agent. Norman had eight other teams interested, and the Washington Redskins have agreed to pay $36.5 million in a fully guaranteed money contract over the next two years for the all-pro cornerback.

His $13.5 million base salary for 2018 base salary is guaranteed for injury only until the fifth day of the 2018 league year — which will serve as a trigger — for a total of $50 million in guarantees.

Surprise, surprise. Over a month after all the top free agents in the NFL found new homes, there’s another one on the market—cornerback Josh Norman.

That’s right. One of the defensive leaders for the NFC Champion Carolina Panthers has had his franchise tag rescinded by the team after the sides found themselves irreconcilably far apart in contract talks. According to Norman’s agent, a one-year franchise tag became extremely unattractive, and in the end, the two sides decided it was time to part ways.

“I don’t subscribe to the one player away theory because football is the ultimate team game,” said Panthers general manager Dave Gettleman, defending his actions to the fan base. “Everybody is all-in. We want people that are all-in.”

I guess with Norman threatening to hold out through training camp and possibly into the start of the regular season; Gettleman felt the money would be best spent elsewhere.

“This is a business decision, folks. No doors have been shut with Josh. We respect Josh…The more we thought about it, the more flexibility that $14 million would give us…we just kept talking and talking. I have a great belief that in order to get the right answer, you have to ask the right questions. We kept asking ourselves that question, and this is why we made the decision we made.”

The Redskins and Niners have emerged already as favorites to sign the Pro Bowler. The cornerback will be meeting with Washington Friday, and although the offers of both teams are unknown, they are expected to be in the range of $14-15 million a season over the next five years. Not a bad pay day.

So, why would the Panthers get rid of one of the top cornerbacks in the league right now? They already had the money set aside for the franchise tag. Norman had four interceptions, two touchdowns, and allowed an NFL-low passer rating of 54 when quarterbacks made the mistake of throwing his direction in 2015.

“Dave has made a lot of decisions that have proven to be the best for us,” said head coach Ron Rivera. “I’m going to trust him on this, too.”

That’s fair. After all, you don’t make it to the Super Bowl by accident. And while the release may open up a huge hole in the Panthers secondary, it’s nothing that a few draft picks and free agent signings won’t be able to fix, and with an additional $14 million to pay players, finding a replacement or two won’t be the issue.

But you won’t bring in anyone as good as Norman. So why?

Well, owner Jerry Richardson has never been a fan of players who hold out. Back in 2011, during the NFL lockout, Richardson told fellow owners they need to take their league back and treated Peyton Manning and Drew Brees like infants.

If Richardson is going to be an ass with two of the most respected men in all of professional sports, imagine how he feels about a breakout cornerback asking for a high price and willing to sit out training camp to get it.

Whether Richardson felt betrayed or Gettleman actually made a business decision here, shutdown corners don’t hit the market often. Someone will be making a great defensive improvement.