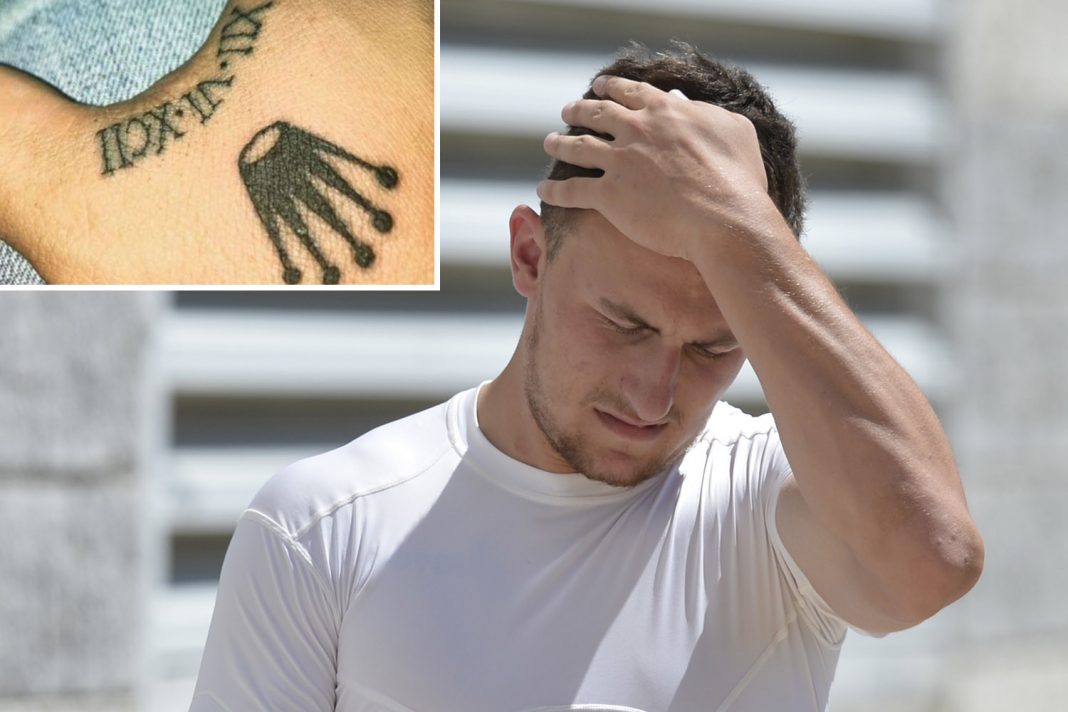 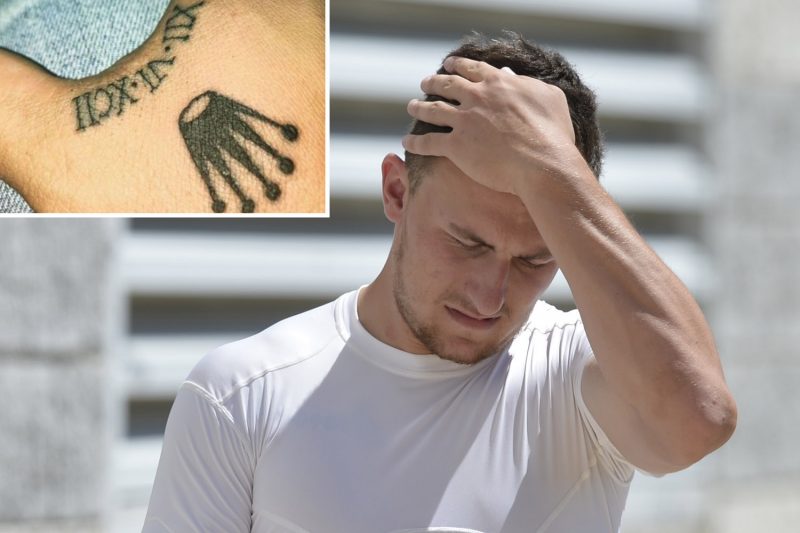 Johnny Manziel‘s quest to stand out continues in all the wrong ways. His latest stunt over the weekend has some scratching their heads.

Not the fact that he seemed excited to be partying with Justin Bieber, but that not long after posting an Instagram photo of his new tattoo, (a Rolex logo with his birthdate in Roman numerals) he deleted it. Yup,  maybe the unemployed former Cleveland Browns quarterback is looking for some sponsorship money using his hand to signal for the luxury watch company. Or maybe he got a trade with tattoo artist Rafael Valdez by displaying the work. As we know, even if you try to delete a forever tattoo from the internet, it keeps coming back…like Manziel to a bad decision. 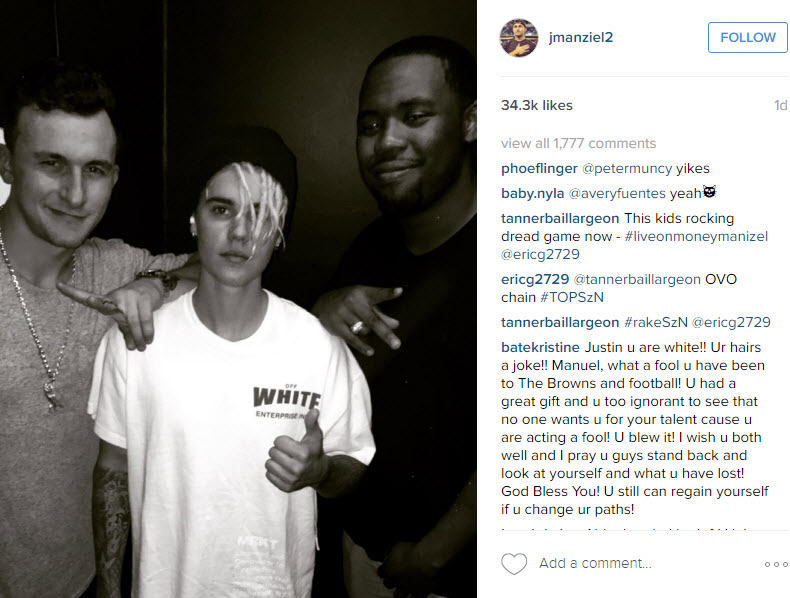 In between his latest stunts, Manziel is waiting for an NFL team to show interest in signing him, for a Texas grand jury to finish deliberations in an alleged case of domestic violence (his second highly publicized one) and for the NFL to decide whether it might discipline him under the personal-conduct policy.

The Browns let him get away with a lot of his bad behavior, but after public support quickly waned for the Heisman winner and a new coach was hired, Manziel was sent packing recently. His play on field was less impressive than his antics off field, but he was given a long leash to hang himself, and the world watched as he quickly did.

Drew Rosenhaus, Manziel’s new agent has been making sure to let the media know that teams are interested in Manziel but that he was wisely trying to minimize publicity.

“Much of [Manziel’s] life and career is public,” Rosenhaus said, “so from the business side, we are trying to keep that behind the scenes.”

If only he could get his client to listen to him. We’ve got a feeling that by next week, Rosenhaus may be posting that he no longer represents the once promising football star who stands as a real cautionary tale to all promising athletes.