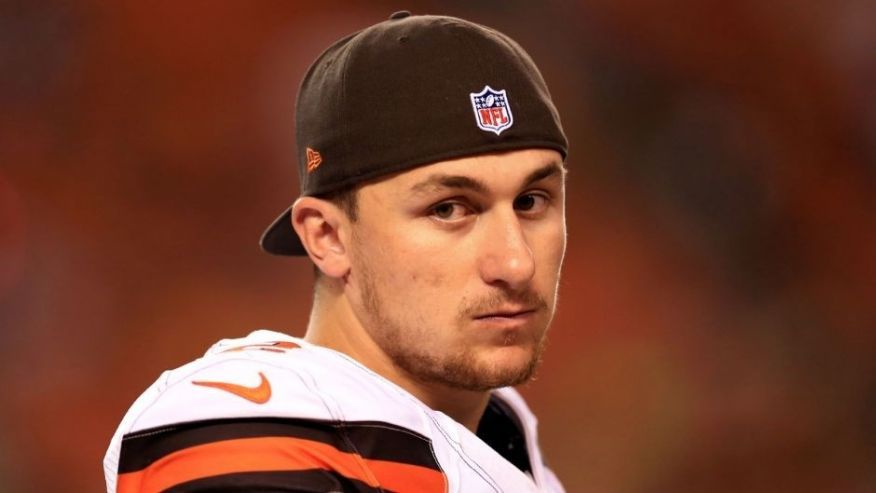 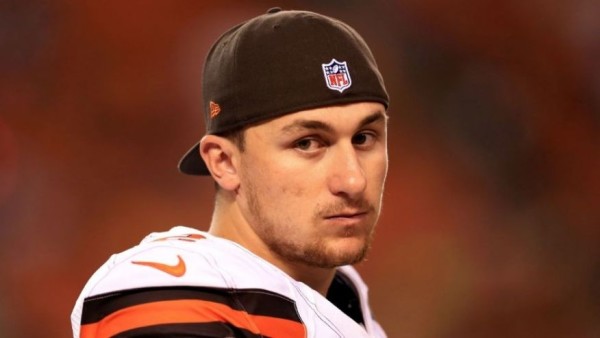 Was it just a matter of time before Johnny Manziel had another bad moment that made the creators of TMZ happier than a casino elevator video? Probably.

Those who love celebrity gossip got their wish yesterday when a police report was released detailing a domestic dispute between Manziel and his girlfriend, Colleen Elizabeth Crowley.

The couple was in a car together when they were pulled over after a motorist called 911 when Manziel passed them on the shoulder of the road at a high rate of speed. Crowley told officers the couple had been arguing and that he pushed her head against the window.

She also tossed his wallet out the window. Manziel told police the two had been drinking earlier in the day. However, the officers stated that neither of the two was intoxicated to the point that they should have been arrested.

After all the drama hit the internet, the girlfriend went to Instagram to clear things up….aka, do damage control.

“J & I are good. I appreciate the people who stopped to check on us and call the police, I could see how it may have looked.”

“Anytime anyone sees a guy and a girl arguing on the side of the road they should definitely stop, you never know what that could be. Fortunately, it was just an argument, it was private, and we are all good!”

Also, it wasn’t just an argument. Physical violence was involved according to the report, and it’s confusing to me that the couple was allowed just to drive off together. Just because Crowley said she didn’t want to press charges makes everything OK?

Here’s exactly what the report stated: “Based upon the statements of Mr. Manziel and Ms. Crowley, their relationship status, the lack of physical evidence, with the exception to Ms. Crowley’s left wrist, Ms. Crowley’s level of intoxication, the inconsistencies of Ms. Crowley’s statements ranging from whether Mr. Manziel was physically abusive towards her or not, and neither party wishing to pursue charges, no arrest was made.”

As we get closer to Sunday kickoff, this story will get bigger. Manziel will not be able to sweep this under the rug. ESPN and the NFL Network have about four hours of programming to fill on Sunday morning during the pregame talk. Manziel and domestic violence will fit nicely in those lineups.

I guess the Cleveland Browns think they can just keep this entire matter private as well, stating, “We were aware of the situation. It is a matter that we take seriously and have expressed our concerns to Johnny directly. Those conversations will remain private, and we will refrain from further comment at this time.”

Those conversations will not remain private for long. An NFL franchise will not be allowed just to ignore what happened in that car between a pro athlete and a female college student. People will want accountability from Manziel and his team.

Roger Goodell cannot afford another Ray Rice situation. He will have to act swiftly to avoid any perception that the NFL allows its players to use violence on women. And no matter how Manziel and Crowley try to spin this matter, pushing someone’s head against a window is using violence on them.

If Goodell pursues this matter as vehemently as DeflateGate, then Manziel may be hunted down like an escaped killer and shot on site.

Johnny Football’s stay in a rehab facility back in April made it all too obvious the guy was dealing with demons beyond middle linebackers and edge rushers. It’s not a shock that drinking has popped back up in his life. People with substance abuse problems don’t usually get clean and stay clean without the occasional slip-up.

If he were just caught drinking that would be news of course, but it turned into much more than that when a fight with his girlfriend became public. The decision to drink is likely to blame for the bad decisions afterward.

Those decisions could put Manziel’s career in jeopardy, even though he and his girlfriend would like for all this to just go away.

That’s a real shame because the guy looked like he had turned the corner and was acting more professional this year.

But we are just five weeks into the season, so I guess he didn’t deserve the Walter Payton Award just yet.

I’m sure there are Manziel fans and just casual fans out there who think this story will get too much run. I can hear it now, “He just had a spat with his girl. The media is making a mountain out of a molehill.”

While it’s true that this story will likely grow to the point of annoyance, just imagine if there were a video of Manziel pushing the beautiful young lady’s head up against the glass of his car. Think that would make it resonate a bit more with the public?

Manziel went to Twitter to say the incident was “embarrassing but not serious.”

Colleen and I got into a dumb public argument on the way home Monday afternoon.  It probably looked more interesting than it was and…

I know I would stop and check if I saw a couple arguing on the side of the road.  It was embarrassing but not serious…

and when we talked to the police and they realized everything was alright and I was sober, we went home together and everything is fine.

He’s right about the first part. And he is going to see in the next 48 hours just how wrong he is about the second part once he becomes the focus of halftime reports during college football and is featured on all the pregame shows on Sunday.

Johnny Football is going to feel like he had his head slammed into a window come Monday morning.