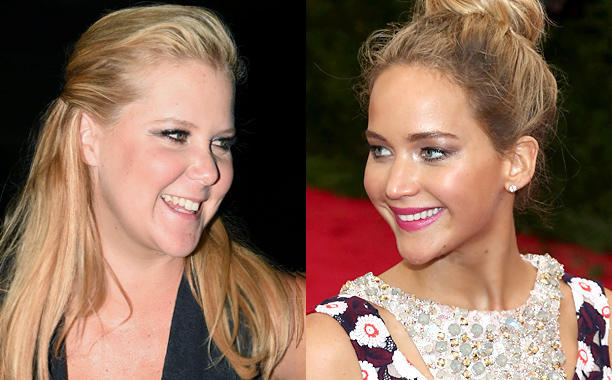 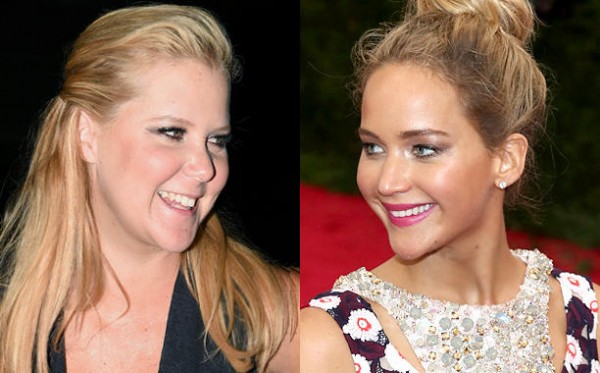 As much as the Internet wants Amy Schumer and Jennifer Lawrence to be the very best of friends, sadly it just isn’t so.

The internet went crazy when pictures of Jennifer and Amy surfaced earlier this summer, showing the two funny women vacationing on a yacht and jet skiing. Since then, the two have been working on developing a script for a comedy together.

However, although the two are undoubtedly friends, while at the Emmys Amy explained how their friendship may have been made out to be something its not. Amy said, “[Jennifer and I] really like each other, but I think the media blew it up. We’re not BFF. We’re just Fs, but we’re really good Fs.”

Amy goes on to say, “I have BFFs since I was 8 years old so it’ll be tough to uproot them.”

Afterwards, Schumer gave an update about the movie she is writing with Jennifer, saying that they are hoping to start shooting in February 2017.

But then word comes that Lawrence really stepped it up by shocking Schumer with a very nice surprise.

Schumer took home her first Emmy Award on Sunday, and her Oscar winning friend wasted no time in celebrating the milestone by flooding her hotel room full of congratulatory balloons.

“Never tell Jennifer L your room number,” Schumer captioned her Instagram photo of her standing in the middle of her room surrounded by a colorful and large array of balloons – with a much-coveted Emmy in hand.

On Sunday, 22-year-old pop star Ariana Grande decided it was time to show off her real locks. In an Instagram collage, Arianna displayed her natural, curly hair with a caption reading, “Peekaboo healthy curls, Long time no see.”

This was a surprise as the young singer is known for her high sleek ponytail. After people began criticizing Ariana for never changing her hairstyle, the singer explained the true reason she never changes her hair-do.

Arianna explained that playing Cat on Victorious and Sam & Cat meant that she was dying her hair a vibrant red color for over four years and this left her locks “completely destroyed.”

She went on to say, “I had to bleach my hair and dye it red every other week for the first four years of playing Cat. I wear extensions but I wear it in a ponytail because my hair is so broken that it looks absolutely ratchet and absurd when I let it down.”

Adding, “I tried wigs, they look RIDICULOUS, tried a weave…and literally want to rip my scalp off.”

Ariana continued to defend her high ponytail saying, “So as annoying as it is for y’all to have to look at the same hairstyle all the time, it’s all that works for now (and I’m comfortable for the first time in years) and trust me, it’s even more difficult for me to have to wait forever for my natural hair to grow back and to have to wear more fake hair than every drag queen on earth combined. So PLEASE gimme a break about the hair (or just don’t look at me lol). IT’S JUST HAIR AFTER ALL.”

Now that the singer has shown off her natural curls, it looks like the days of the high ponytail may be soon behind her.