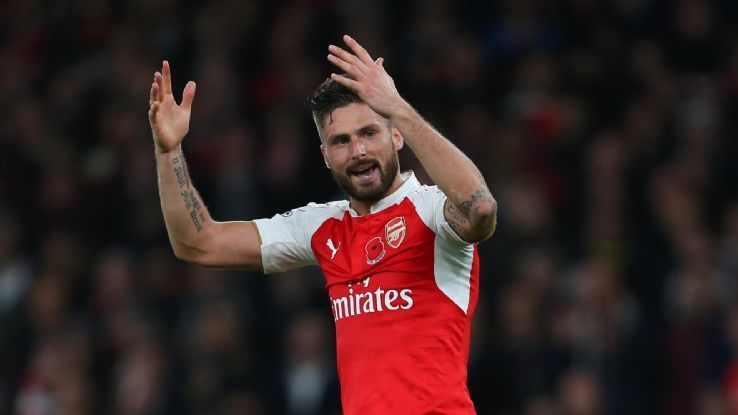 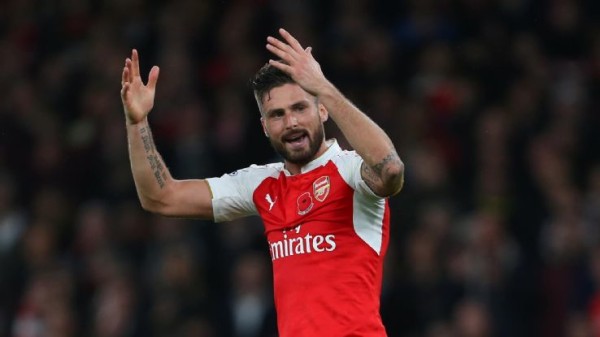 At the conclusion of the first 12 rounds of games in the 2015/16 season of the English Premier League, Arsenal has amassed 26 points. They have won eight games, drawn twice and lost the same number of matches so far to remain tied on points with table toppers Manchester City. In fact, the two teams have conceded the same number of goals: nine, and the only reason the Gunners are in second is due to the fact they have scored four fewer goals than the Citizens.

So are Arsenal really in a position to challenge for the Premier League title?

The last time the Gunners hoisted the English title above their heads was way back in the 2003/04 season when they ended their historic campaign unbeaten. That invincible side counted the likes of Thierry Henry, Robert Pires and Patrick Vieira in their ranks. Over a decade has passed since and the north Londoners are still looking for their next title. Though, they did end their nine-year wait for a trophy when they won the FA Cup in 2014 and went on to retain the prestigious domestic trophy the following year after ruthlessly defeating Aston Villa in the final at Wembley in May this year.

Arsene Wenger’s side do look better than they have done in the recent past and boast of some great players in their squad. They have a playmaker par excellence in Mesut Ozil, pulling strings from attacking midfield. Alexis Sanchez has been a revelation for the Gunners since he joined them from Barcelona after the World Cup last summer.

Theo Walcott, Alex Oxlade-Chamberlain, Jack Wilshere, Aaron Ramsey, Olivier Giroud, Laurent Koscielny, Per Mertesacker, Gabriel Paulista, Hector Bellerin, Francis Coquelin and Nacho Monreal are some of the regulars in the first team, and all of them are players of exceptional quality.

Arsenal has really been propped up by the superlative displays of Santi Cazorla in midfield, as the Spain international has come into his own and has dictated play from his central midfield position. The addition of Petr Cech from Chelsea in the summer is already bearing fruits as the Czech Republic international has helped his side gain many a point with his exceptional saves in the Chelsea goal.

The rise of youngsters like Bellerin and 2014 summer signing Calum Chambers has meant that Wenger has a nice group of youngsters coming through, and they have already proven that they are ready for the big stage with the few appearances that they have been entrusted with.

In fact, Bellerin has been so good that he is already keeping out Mathieu Debuchy out of the starting line-up.

Arsenal are surely blessed with a great bunch of players who have it in them to carry the side to the title this campaign. However, talent is not the component that has been keeping Arsenal away from the title, rather temperament is, and it will be interesting to see how they cope up when they face their direct title rivals.

Arsenal fans have taken reports that Lionel Messi wants to a move to the Emirates with a pinch of salt, with one fan comically asking 599,999 other supporters to help pay the Barceloa maestro’s wages.

The Daily Star ran a report on Monday claiming that Messi is keen on moving to Arsenal providing they can cough up what would be a world record wage of £600,000-a-week. Given the frugal spenders that are Arsenal, fans clearly didn’t buy into this and took to Twitter to voice their humour at reading such a transfer rumour.

Messi has been linked with a move away from the Nou Camp in the past, with both Manchester City and Chelsea toured as possible destinations should the unthinkable happen and Barcelona decide to sell the four-time Ballon d’Or winner.

The 28-year-old Argentina international would cost in the region of £200m should anyone wish to snap him up on a transfer, and on wages of £600,000-a-week, the Gunners would have to shell out nearly £1bn extra to pay him.

But one Arsenal fan has come up with a unique way to bay for Messi’s wages. Twitter user @matt_clarky has offered to set-up a £1 direct debit each week to Messi, and has called on his fellow Gunners to do the same.

I'm pretty sure I could find another 599,999 other #Arsenal fans willing to set up a £1/week direct debit. #messi #afc #justdoit #thedream