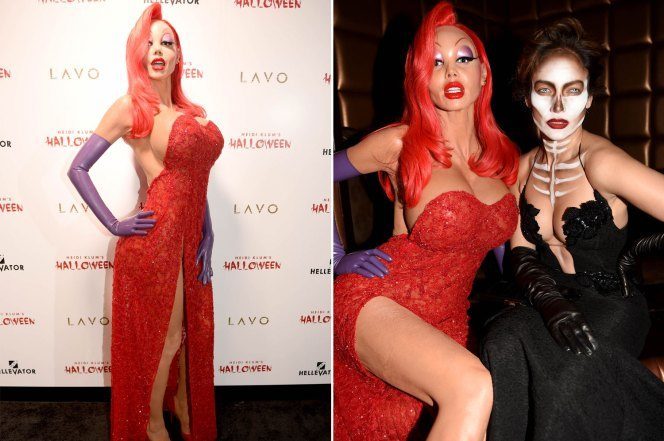 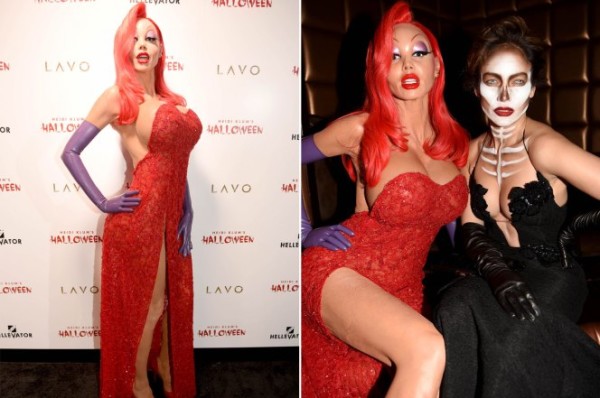 Lots of celebrities were out Saturday night sporting some pretty elaborate and clever costumes. Whether it was Neil Patrick Harris and his family decked out in Star Wars themed attire or Kourtney Kardashian’s superhero crew, the stars were dressed to impress for Halloween night.

However, one of the most anticipated costume reveals was supermodel Heidi Klum’s. Every year the multi-talented model throws an extravagant Halloween bash and always shows up in a complex, well-planned costume. Over the past few weeks, Heidi has been giving fans a glimpse of her costume and had everyone guessing what she might be. While many guessed that she was channeling her inner Kim Kardashian or Sasha Fierce (due to pictures she posted where she was getting enhancements modeled to her chest and bottom), Heidi came out in a completely different look…Jessica Rabbit! 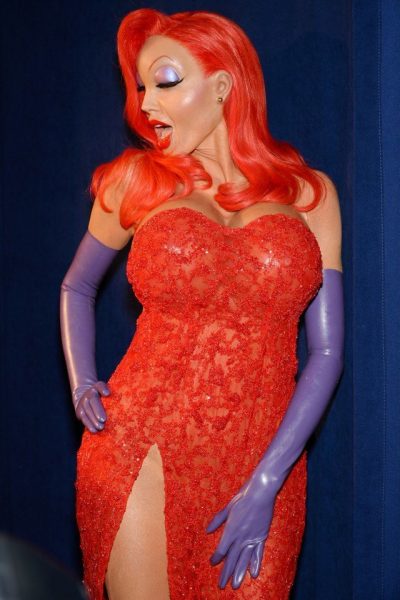 Heidi was photographed while walking the red carpet at her annual holiday party, which was held at Lavo in New York City. On the carpet, Klum donned purple gloves, a red wig and a tight red dress that showed off her notable boob and butt prosthetics. In addition to enhancements to her curves, Heidi also wore a prosthetic mask that had been molded to her face to ensure she would be comfortable throughout the night.

Once again, Heidi pulled out all the stops and did not disappoint! 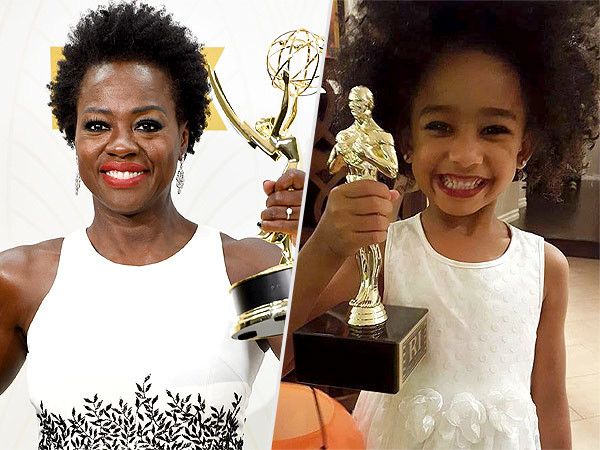 Another costume that garnered lots of attention was Viola Davis’ daughter, Genesis. Viola’s 4-year-old daughter with husband Julius Tennon was photographed wearing a white top and lipstick while holding up a golden statuette resembling an Oscar. Evidently, Genesis decided to channel her Oscar-winning mother on Halloween night.

Along with the photo, Viola captioned her Instagram picture of her daughter with, “So…the Elsa costume? Didn’t work for her. The Pirate? A no go. So she finally said, ‘I just want to be YOU Mommy’! So…uhh…this is ME!”

More specifically, Genesis wore an outfit that was a mini version of what Davis wore when she won her first Emmy in September. Viola received the award for her role on the show How To Get Away with Murder. Her honor marked the first time that a black woman won Outstanding Actress in a Drama Series.

Viola and her husband Julius adopted Genesis when she was a baby back in 2011. Julius also has two other adult children from previous relationships.

And thank you @televisionacad for recognizing my work with the nom and the win. Thank you for seeing me. #CrossTheLine #Emmys #Love