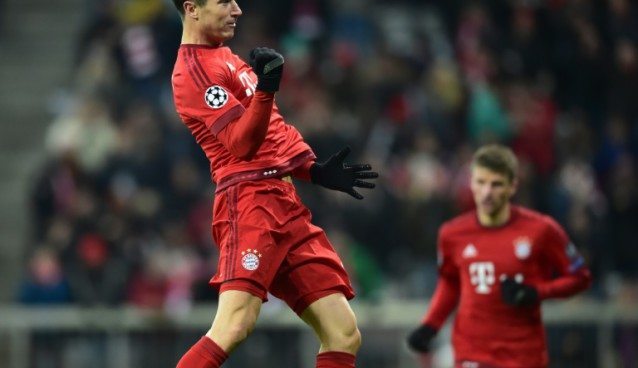 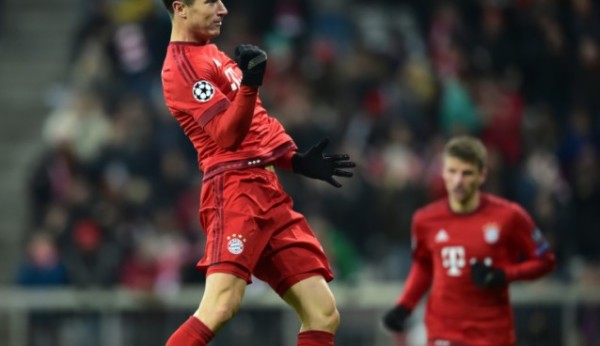 After 14 match weeks, Bayern Munich are still unbeatable in the German league. With 13 wins and a draw, the Bavarian giants are eight points ahead of their closest rivals Borussia Dortmund.

Pep Guardiola is guiding the German giants to their 26th league win, his third since joining Bayern in 2013. Bayern Munich are 15 points clear of the third-placed Wolfsburg, and thus their only competition at this point seems to be Thomas Tuchel’s Dortmund.

At the weekend, Bayern Munich beat Hertha BSC 2 – 0 at the Allianz Arena. Thomas Muller and Kingsley Coman netted one goal each to earn three points for their side. Guardiola’s men dominated the match with 24 attempts on Hertha’s goal in contrast to the latter’s four.

Borussia Dortmund have won 10, lost two and drawn two of all their matches in the Bundesliga this season. They played host to Stuttgart on Sunday, and the match at Signal Iduna Park ended 4 – 1 in favor of the hosts. Castro bagged a goal while Aubameyang scored a brace. Aubameyang has taken his season tally to 17 goals and is the top scorer of the league followed by the former Borussia Dortmund striker Robert Lewandowski, who has netted 14 goals so far.

Dortmund coach Tuchel was relieved as his side returned to winning ways after the 3 – 1 loss to Hamburger SV.

“Overall, I am very happy with this important win,” Tuchel told reporters. “We were aware of Stuttgart’s attacking strength and had a clear plan how to defend against them with intensity.

“The opening goal gave us some extra certainty. Spaces were too big before that. We worked hard to get into the game.

“We defended very well in the second half and did not allow them any chances.”

“We had already planned to rest Hummels, although I almost had second thoughts after all that’s been written about him,” Tuchel added.

“It was a great feeling to send someone on with the quality of Hummels.”

The fight for the third spot could go down to the wire if Wolfsburg doesn’t find their form of last season. In game week 14 in the Bundesliga, Wolfsburg were held to a goalless draw at Augsburg. Borussia Monchengladbach could’ve taken advantage, but they too drew at the weekend. Monchengladbach also picked up a point at the weekend after the draw at Hoffenheim.

Hoffenheim are currently at the foot of the Bundesliga table. Augsburg and Stuttgart are 16th and 17th respectively after earning 10 points in 14 matches. The 15th placed Werder Bremen are only 12 points behind the third-placed Wolfsburg, but this gap might increase in the coming weeks.