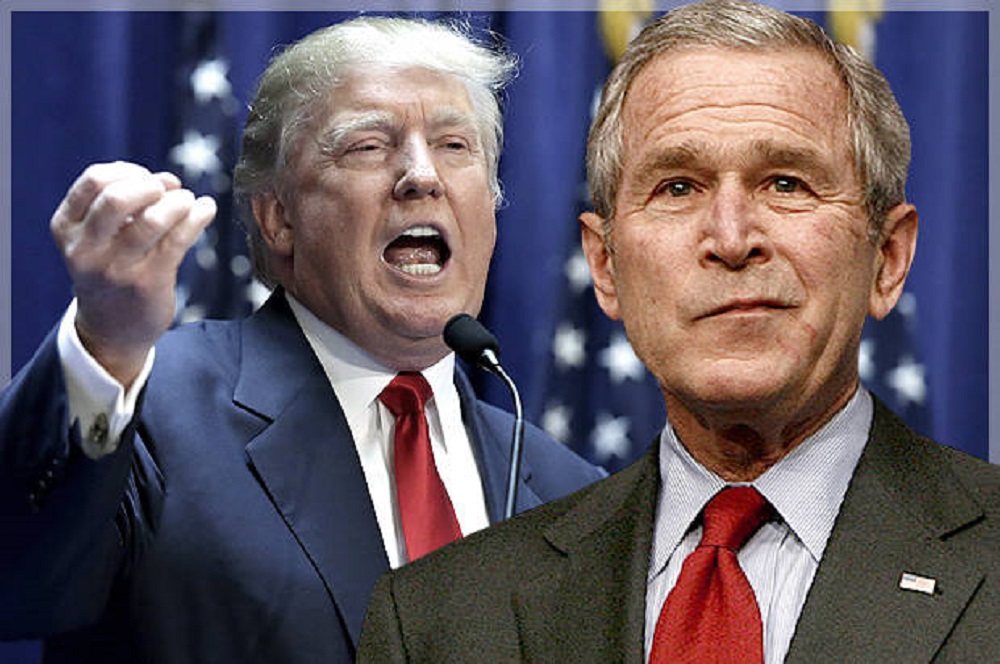 Former President George W. Bush hasn’t done an interview since Donald Trump took office, but on Monday, he spoke openly about how he felt the first month has gone. He covered everything from Trump’s media attacks along with the immigration ban policy and the Russian hacking scandal that won’t go away.

Early on in the exclusive sit-down, the former president expressed a clear-eyed support for the news media, saying a free press was “indispensable to democracy.”

“Power can be very addictive, and it can be corrosive, and it’s important for the media to call to account people who abuse their power.”

Bush was asked about the media’s role in light of President Donald Trump’s recent characterization of the media as “enemies of America.” He noted he spent a lot of time during his two terms trying to convince Russian President Vladimir Putin to embrace an independent press.

“It’s kind of hard to tell others to have an independent free press when we’re not willing to have one ourselves,” he said.

Bush also addressed the controversy over Trump advisers and the role they may have played in the scandal involving Russian hackers who tried to intervene in the election, saying he would leave questions about whether a special prosecutor should investigate up to the Senate intelligence committee leaders.

“I think we all need answers,” he said, noting that he was not a lawyer so, “I’m not sure the right avenue to take.”

Asked pointedly if he favored or opposed the policy, Bush said, “I am for an immigration policy that is welcoming and upholds the law.”

Bush won the 2000 presidential election after one of the most contentious and controversial decisions in American history. He took office after a divided Supreme Court ruled over a dispute involving a contested recount in Florida.

Bush also returned to the show to discuss his new book, “Portraits of Courage: A Commander in Chief’s Tribute to America’s Warriors,” a collection of portraits of some of the military veterans he has met.

Proceeds of the book will be donated to the George W. Bush Presidential Center, a non-profit organization that helps post-Sept. 11 veterans and their families make successful transitions to civilian life.

The portraits are also currently on display as part of an exhibition at the George W. Bush Presidential Center in Dallas, Texas.