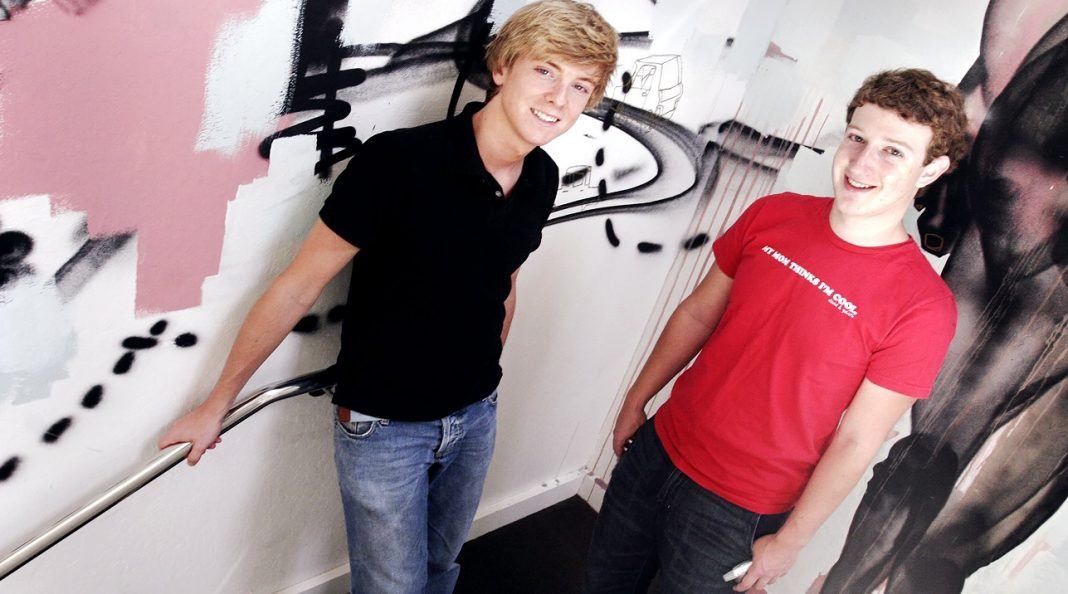 As America continues figuring out what to do with social media platforms like Facebook, France is already stepping with new rules that CEO Mark Zuckerberg seems to be happy with. Co-founder Chris Hughes made news when he called for the company to be broken up as it’s gotten too big.

France welcomed Zuckerberg to Paris on Friday with the threat of sweeping new regulations against his social media behemoth — and Zuckerberg himself called that proposal a good thing.

With his company under fire on multiple fronts, Zuckerberg came to France to show that Facebook is working hard to limit violent extremism and hate speech shared online.

But a group of French regulators and experts who spent weeks inside Facebook facilities in Paris, Dublin and Barcelona as part of a pilot cooperation project say the company still isn’t working hard enough on that front and governments need to step in.

Zuckerberg’s visit came amid concerns about hate speech and disinformation around this month’s May 23-26 European Parliament elections, which are taking place in all of the European Union’s 28 nations.

Just before Zuckerberg met French President Emmanuel Macron in Paris, the 10 officials released a report calling for laws allowing the French government to investigate and fine social networks that don’t take responsibility for the content that makes them money.

The regulators recommended legally requiring a “duty of care” for big social networks, meaning they should moderate hate speech published on their platforms. The regulators say any new law should respect freedom of expression, but did not explain how Facebook should balance those responsibilities in practice.

To an average user, the problem seems intractable. Mass shootings are being live-streamed and online mobs are spreading rumors that lead to deadly violence. Facebook is even inadvertently creating celebratory videos using extremist content and auto-generating business pages for the likes of Islamic State militants and al-Qaida.

The French government wants the legislation to serve as a model for a Europe-wide management of social networks — and Zuckerberg does, too.

“We can make progress on enforcing the rules, but at some level the question of what speech should be acceptable and what is harmful needs to be defined by regulation, by thoughtful governments that have a robust democratic process,” Zuckerberg told reporters after meeting with Macron at the Elysee presidential palace.

The ideas about better regulation stemmed from a pilot project between Facebook and France, and Zuckerberg said he’s “encouraged and optimistic” about the result.

He said France’s proposals are preferable to the mass control in authoritarian countries.

Other Facebook executives also praised the French ideas as better for companies like Facebook than tougher legislation in countries like Germany and Australia. Germany introduced a law in 2017 requiring social media companies to censor extremist content such as hate speech or face big fines while Australia passed legislation in April that could result in social media executives being imprisoned if they don’t quickly remove violent content.

The French proposals still lacked crucial details and need to go through a legislative process.

“It’s going to be hard for us, there are going to be things in there we disagree with, that’s natural,” Zuckerberg said. “But in order for people to trust the internet overall and over time, there needs to be the right regulation put in place.”

The French officials praised Facebook for hiring more people and using artificial intelligence to track down and crack down on dangerous content. But they said Facebook didn’t provide the French officials enough information about its algorithms to judge whether they were working, and that a “lack of transparency … justifies an intervention of public authorities.”

The regulators acknowledged that their research didn’t address violent content shared on private chat groups or encrypted apps, or on groups like 4chan or 8chan, where criminals, extremists and those concerned about privacy are increasingly turning to communicate.

Facebook said Zuckerberg was in France as part of meetings around Europe to discuss future regulation of the internet.

Next week, the leaders of France and New Zealand will meet tech leaders in Paris for a summit seeking to ban acts of violent extremism and terrorism from being shown online.

Facebook has faced multiple challenges over privacy and security lapses and accusations of endangering democracy — and it came under criticism this week from its own co-founder, Chris Hughes.

Hughes said in a New York Times opinion piece that it’s time to break up Facebook. He says Zuckerberg has turned the social media giant into an innovation-suffocating monopoly and lamented the company’s “slow response to Russian agents, violent rhetoric and fake news.”

Hughes called Zuckerberg’s power “unprecedented and un-American” and said his co-founder’s focus on growth “led him to sacrifice security and civility for clicks.”

Hughes roomed with Zuckerberg at Harvard and left Facebook in 2007 to campaign for Barack Obama. Hughes said he no longer has any ownership in Facebook or any other social media company.

“I feel a sense of anger and responsibility,” he wrote, lamenting the company’s “slow response to Russian agents, violent rhetoric and fake news.”

Facebook has been under fire for an ever-expanding list of privacy and security lapses and for endangering democracy by failing to effectively combat the proliferation of misinformation and hate speech by extremist groups.

Facebook’s chief spokesman, Nick Clegg, responded to Hughes’ criticisms with a statement saying, “you don’t enforce accountability by calling for the breakup of a successful American company. Accountability of tech companies can only be achieved through the painstaking introduction of new rules for the internet. That is exactly what Mark Zuckerberg has called for.”

Zuckerberg has been vague, however, on exactly what kind of regulation he favors.

Critics including Hughes believe Facebook has acquired too much power to continue intact. Hughes’ call echoes a proposal by Democratic presidential candidate Elizabeth Warren, who also wants to splinter Amazon and Google into separate companies.

In the opinion piece, Hughes called Facebook a monopoly that should be forced to spin off WhatsApp and Instagram, with future acquisitions banned for several years.

Hughes also called for a new federal agency to regulate tech companies whose “first mandate is to protect privacy.”

Debate has begun on a federal privacy protection bill. California has a law that takes effect in January and European Union privacy rules are now a year old.

Meanwhile, Facebook faces a fine of as much as $5 billion from the Federal Trade Commission over privacy violations. But critics say the amount is but a slap on the wrist for a company that had $55.8 billion in revenue last year.

Hughes says he liquidated his Facebook shares in 2012, the year he became publisher of The New Republic. He said he does not invest in any social media companies.

Last year, Hughes published a book advocating a universal basic income. In 2017, Forbes put his net worth at more than $400 million.