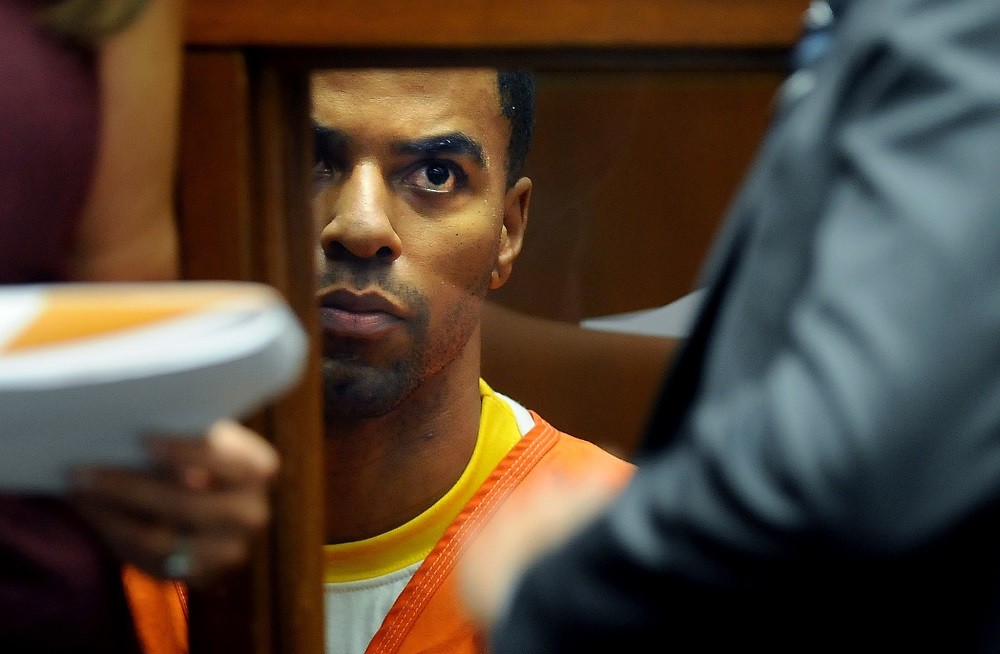 Back in 2010, Darren Sharper was an NFL hero, but this week, he was the latest athlete to fall from grace.

Sharper, 40, had quite the successful 14-year NFL career with the Minnesota Vikings, Green Bay Packers, and New Orleans Saints during which he earned five Pro Bowl bids and played a key role in the Saints’ Super Bowl XLIV victory over the Indianapolis Colts.

Sharper was working as an analyst for the NFL Network when rape allegations began to pour in. In 2013, he was charged with drugging three women and then raping them in Louisiana. In May 2015, Sharper pleaded guilty to those accusations and cooperated in cases against his two co-defendants.

“I would like to apologize a thousand times to plaintiffs in this case for making them victims,” said Sharper with tears in his eyes in New Orleans federal court. “They didn’t deserve anything, or to be a part of this heinous decision, which is all on me.”

Sharper also pleaded no contest last year to rape charges in California and guilty to the same charges in Arizona and Nevada.

“I lived my life right for 38 years, and then I took this path,” continued Sharper, insisting that he still can’t figure out why he did what he did.

His apologies, unsurprisingly, fell upon unreceptive ears. Only one woman was willing to testify against Sharper, but she had some choice words for the “twisted” football player.

“You can’t do what you did to me or any other girl and get away with it,” said the woman, also stating that date rape attacks were a way of life for Sharper and his friends. “Not under my watch.”

The woman then looked Sharper in the eyes for her powerful closing statement: “Go to hell.” 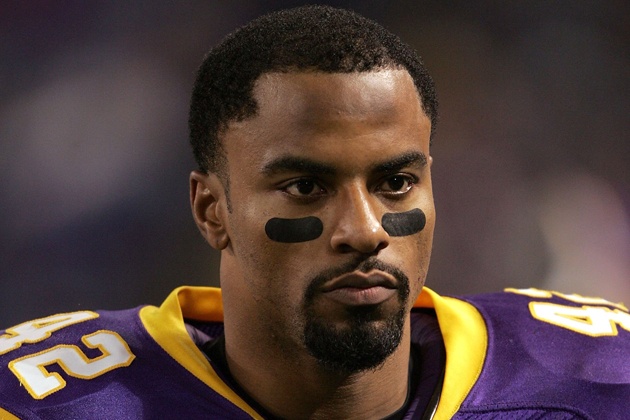 Of course, the ache of football fans does not come close to agony experienced by his victims, women Sharper overpowered with drugs and then raped.

The first known victim was a New Orleans Saints cheerleader.

Detective Derrick Williams of the New Orleans Police Department got the call before dawn on Tuesday, Sept. 23, 2013, from an unnamed cheerleader, who told a story of spending the night drinking in the French Quarter before going home with Sharper, where she passed out.

When she woke, his body was on top of hers, and they were naked.

Before long, police had matched Sharper’s DNA to a swab taken from the cheerleader’s body and had several eyewitness accounts of Sharper and the woman together both at the club and his condo. In addition, there was video footage of the two together.

One witness, a bar manager named Tony Stafford, said he had seen Sharper and the woman together earlier that evening. Stafford was concerned, as the woman was stumbling around as if in a fugue.

According to Stafford, Sharper told him that the woman was okay, and he was taking her back to his apartment.

Later, Stafford said of the night, “[Sharper] was going home with a zombie.”

It seemed like a slam dunk case, ProPublica reported, but the district attorney’s office was hesitant to attempt prosecuting such a well-known and wealthy figure. They called the case a “heater,” slang for a high-profile case.

“If his name was John Brown, he would have been in jail,” a criminal justice official familiar with the casetold ProPublica. “If a woman says, ‘He’s the guy that raped me,’ and you have corroborating evidence to show they were together and she went to the hospital, and she can identify him, that guy goes to jail.”

But many reports followed in the next year.

The cheerleader in the French Quarter was one of the nine women who reported being raped, drugged or both by Sharper before he was finally arrested in January 2014. Each time, prosecutors hesitated.

Sharper wasn’t arrested until January 2014, when he was booked in Los Angeles in connection with attacks on four women who were either drugged or raped or both over a 24 hour period.

According to the police report from that arrest, Sharper met two women on Jan. 14, 2014, at the Bootsy Bellows nightclub on the Sunset Strip in Los Angeles, after they attended a party at the Roosevelt Hotel in Los Angeles for a 50th-anniversary party for Sports Illustrated. The three made plans to go to another club, and Sharper offered the women a ride.

First, he claimed he had to pick something up from his hotel room. They joined him in the room and made vodka and cranberry shots for them.

The drinks tasted odd to the women, and within 10 minutes, they had blacked out. The next morning, one felt vaginal pain and a burning sensation when she urinated.

The two filed a police report the next day, and a judge issued an arrest warrant.

By then, Jan. 15, 2014, Sharper was already in Las Vegas, where he met with two women and their male companion.

According to a police report, all three of them blacked out after having drinks made by Sharper in his hotel room.

One woman recalls having sex with him but feeling unable to stop it — she did not do so willingly. The other felt like she had sex but couldn’t remember doing so.

And the male present woke up in the hotel lobby with no memory of how he arrived there.

Sharper flew back to Los Angeles where he was promptly arrested on Jan. 17, USA Today reported.

Prosecutors recommended nine years in prison for the 40-year-old Sharper, which sparked anger.

“This is what happens to a serial rapist who admitted to committing horrific crimes, over and over? To be sentenced to just nine years on top of his time served?” Terry O’Neill, president of the National Organization for Women, told the Times-Picayune. “It’s an outrage for the sentence to be so lenient.”

The cheerleader from the French Quarter who Sharper raped in 2013 offered a statement at the hearing.

“You gave me and the entire judicial system the big middle finger because you thought we weren’t capable of stopping you,” she said to Sharper, the Advocate reported. “But … your biggest mistake was the night you chose me. … You can’t do what you did to me or any other girl and get away with it — not on my watch.”

Then, she reminded Sharper about how he spoke against domestic violence in that NFL book, in which he was pictured with his daughter.

“So rape is acceptable but not domestic violence?” she said. “Go to hell.”

While his parents, brother and victim watched, he said through tears, “This is all on me — I take full responsibility for that. I still don’t know why I lived my life right for 38 years, and then I took this path.”

Last May, after his arrest, the city of New Orleans took down that triumphant Super Bowl image of Sharper.

Added Hales, “The shame of it is, that’s an iconic moment from the Super Bowl. People can probably do the TV and radio call in their head. There just happens to be somebody in the background who is not someone our organization or the NFL Network is likely to be celebrating.”