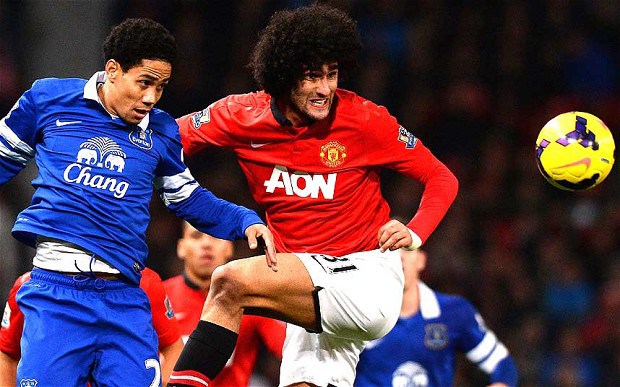 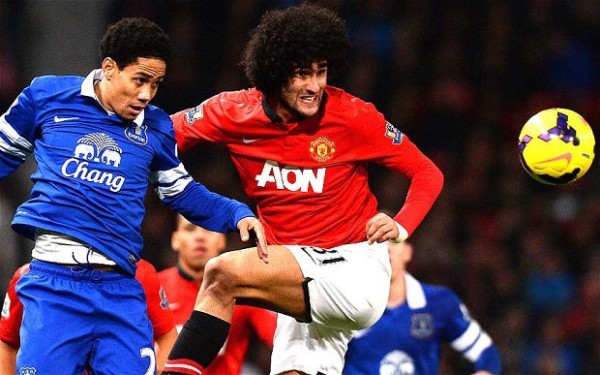 The Merseyside outfit are unbeaten against Manchester United for the last three seasons at home, and not just that, they haven’t conceded even once in the last three encounters against the Red Devils.

In the 2012/13 season, Everton registered a 1-0 win courtesy of a goal from Marouane Fellaini – who is now plying his trade at Old Trafford. The following season, Leighton Baines and Kevin Mirallas struck one each to help the Toffees to a 2-0 win. Last term, the winning margin was even bigger as Jamie McCarthy, John Stones and Mirallas were on the scoresheet to inflict a 3-0 defeat.

And Louis van Gaal, too, has acknowledged the difficulty of the task at his team’s hand when he conceded at the pre-match press conference: “Everton has always been difficult for United in history.”

Manchester United will head into the game on the back of their stunning 3-0 defeat at the hands of Arsenal at the Emirates Stadium. The Gunners were in superlative form as they ran riot over the Red Devils and went into a 3-0 lead by only the 20th minute of the clash. Then they put a good defensive show to keep the visitors at an arm’s length to comprehensively pocket the three points.

Van Gaal will have the task of motivating his charges after such a sound defeat, and he will have most of his players available for the fixture. Ashley Young will be the only player missing from the encounter. Meanwhile Wayne Rooney, who missed out on both of the England national team fixtures during the recent European Championship qualifiers, will be available, as the Dutchman has acknowledged. He will also be able to call upon the services of Phil Jones, who has endured an injury-marred campaign and has featured only sporadically for the Red Devils so far this campaign.

Everton has been beaten only once this season when they were defeated 2-0 at home by Premier League title contenders and current table toppers Manchester City in their third game of the league campaign. With a tally of 13 points from their eight games, they are just three points shy of Manchester United’s tally.

Roberto Martinez appears to have ironed most of the flaws that marred their last season as he targets a top four spot this term and guide the Toffees to a place in the Champions League next year.

They have been unbeaten in their last five encounters, in which they have won twice and drawn the other three games, and will be eager to continue their unbeaten run.

Manchester United will be eager to overturn their poor record at Goodison Park this weekend.