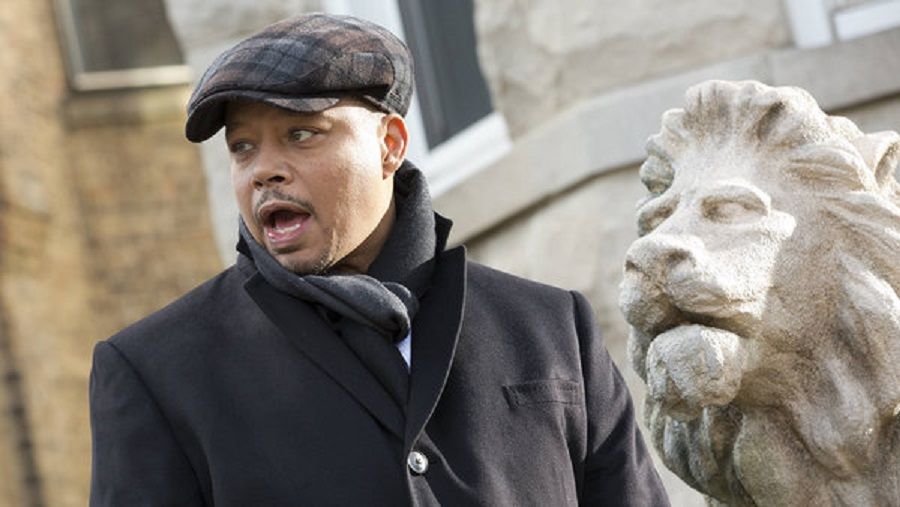 This week, Empire opens up with a memorial service at the headquarters for Camilla. By the way, it’s ONLY for Camilla, and there is no mention of Mimi at all. Hakeem says some kind words but Cookie is glad the woman is gone.

As we all know, Lucious has no chill. Right after Camilla’s funeral, he antagonizes Hakeem by sitting in the CEO chair in his office. Cookie questions his actions. He remarks, “I’m congratulating our son on actually earning this seat.” He tells his youngest “well done” for killing Camilla, which he claims happened when he sent the sex tape to Mimi. Oh, Lucious, you think you’re so coy don’t you? Not really wanting to deal with the mess, Cookie reminds the men in her life that her birthday is coming up. “Can ya’ll just give me a nice happy birthday dinner? No drama. Think you can do that?” Now Cookie, you’re asking for peace on earth with that one. 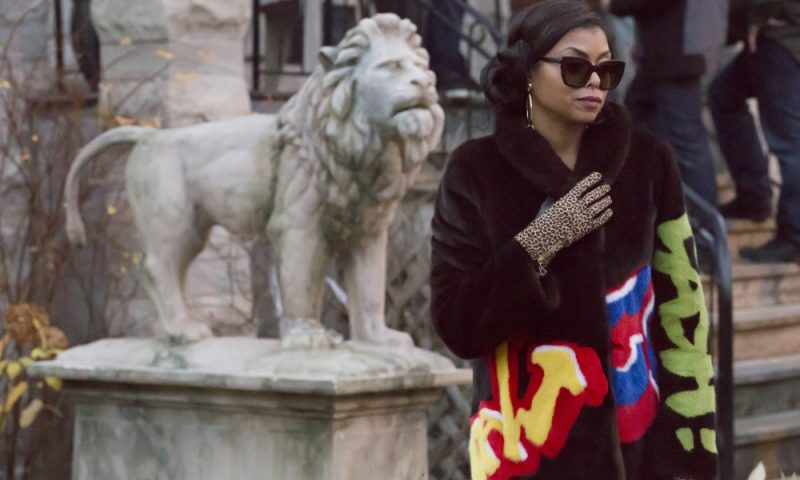 Lucious and Cookie travel to Philly for his video in which he explores his traumatic childhood. It is clear that the issues he has with his children stem from what happened after his mother died. Speaking of his kids, Hakeem and Jamal are also in the City of Brotherly Love. But they are there on business- Freda Gatz. Jamal, who is still raging war on his father, wants her on his new song, but she’s not interested. 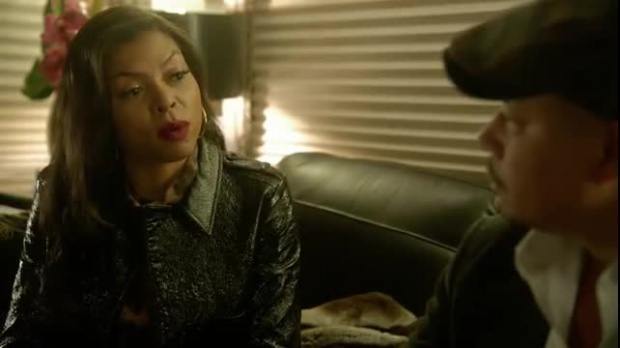 That is until she finds out that Lucious has cut her from the “Boom, boom, boom, boom” video. Freda and her crew show up ready to shoot it, expecting the original concept she and Lu hashed out. She receives a rude awakening when she realizes what has happened. The rapper storms out and heads to Jamal and Hakeem to take them up on their offer. 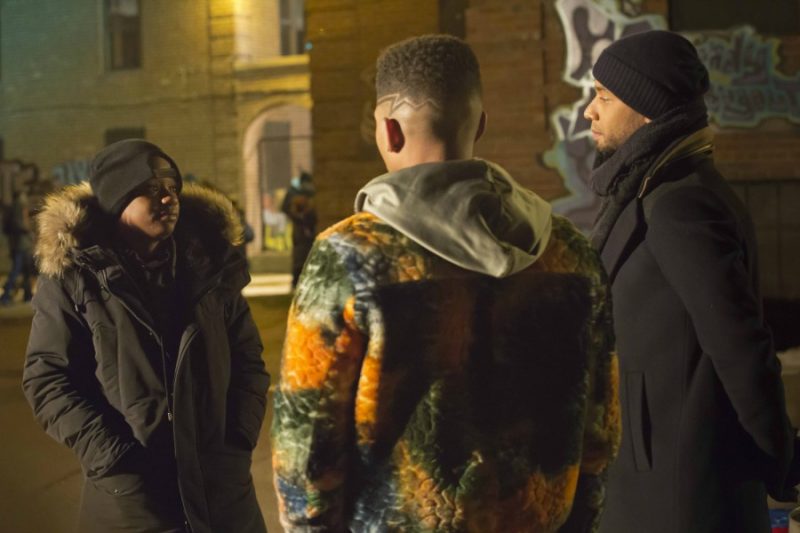 Meanwhile, as most of the family is in PA, Becky is on tour with Tiana and Ménage a Trois. Hakeem’s ex-girlfriend is pissed at Laura for not only going over her set but for also changing the song line up without telling anyone. As she and the girls come off stage, Tiana does not hold back. Nor does Becky. They tell Laura that she’s wrong and she better not do it again. Tiana lets Becky know if Laura does it again, the Tour is over. 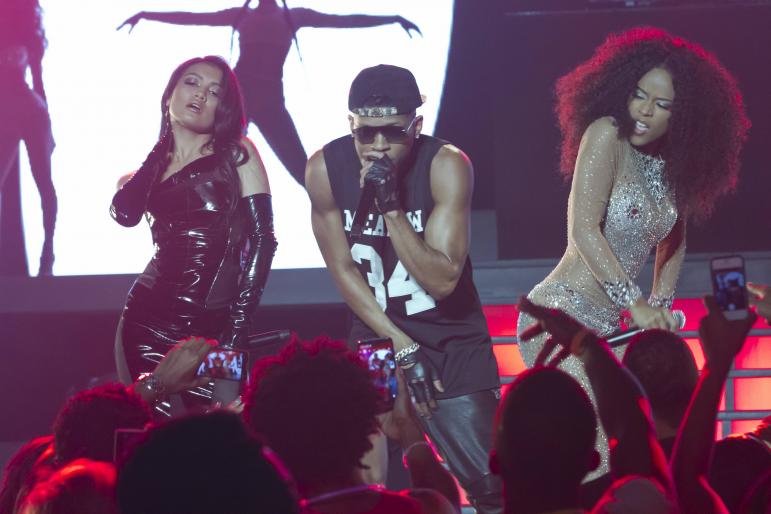 Now, you know the media is all over the brewing rift between the two ladies and it is front page news. Becky tells Hakeem it’s not a good look and encourages (demands) him to fix it. So he joins the girls in DC to get things in order; which he seems to do, but Tiana might have some underlying feelings for him that I am sure will pose a real issue before the season is over.

Hakeem continues to wear his big boy pants as CEO while Lucious reveals some very disturbing details about his past that not even Cookie knows. He tells the love of his life that his mother killed herself in front of him, which she did after trying to drown him in a tub full of water. He puts all of this in the music video. 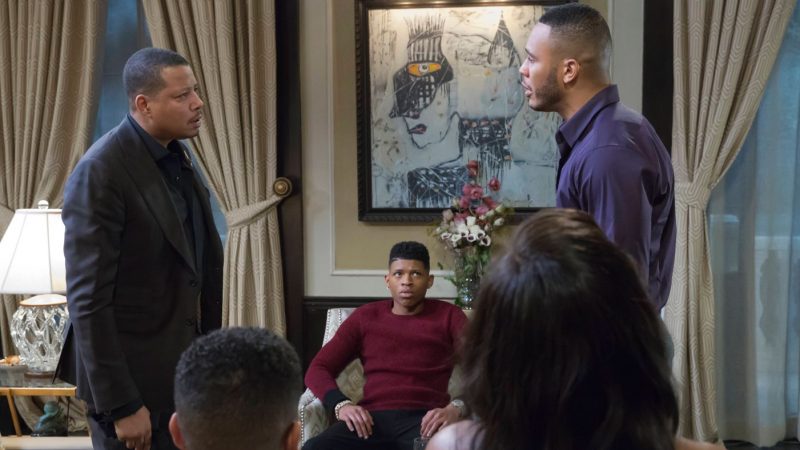 As for said video, it turns out to be pretty good, but proves too much for Andre to handle. After taking care of business, Cookie arrives at Lucious’ house for a dinner he planned for her birthday. All of the family is there, and Cookie is flying high. Especially since it looks like she and Lucious “like ” each other again. In her state of euphoria, she shows a rough cut of the video after dinner. It depicts what Lucious went through as a child with his mother, including the drowning and her suicide. The images are an eye opening for his kids, but seeing the video triggers Andre, who abruptly turns it off. He then questions Lucious about his mother’s mental health. “Was my grandmother bi-polar?” Lu says they didn’t have a name for it back then, but “I guess she was.” Dre flies into a rage because all this time, his father made it seem like something was wrong with him. They get into a huge fight that ends with Lucious telling his eldest child he is ashamed of him, just like he was ashamed of his mother.

Hakeem then leaves to find Laura. After spending time with her family and seeing how much they want their daughter to win (unlike Lucious), he decides he wants that kind of family with her. So what does he do? The dude proposes after a show in front of her fans and paparazzi. Laura excitedly says yes, but Tiana is not feeling the situation.

Rhonda seeks to escape from the Lyon’s den, so she turns to…. Anika. She expresses how fed up she is with everything and says she just needs to get away. Anika offers her place and Rhonda happily accepts.

In the end, things get very real for Cookie when she finds out that Freda is Frank’s daughter. Remember Frank Gathers, the man that Lu had killed while in prison? Cookie can barely hold it together after hearing Freda mention her dad’s name in her verse on Jamal’s song. She leaves out the studio session and finds a place to panic. I wonder what Freda will do when she finds out what Lucious did.

Empire is piling so much on at one time you can’t help but to come back each week. I am looking forward to seeing what happens on the next episode!