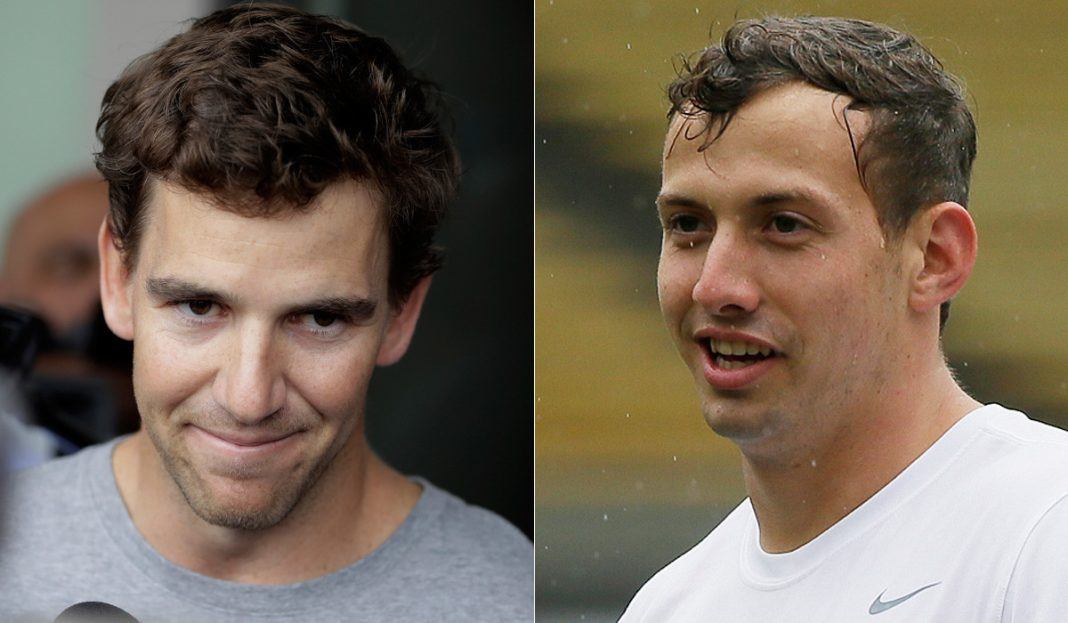 With the 87th overall selection in the 2017 NFL Draft, the New York Giants selected Cal quarterback Davis Webb, the man who they may very well be planning to groom into Eli Manning’s successor.

After the draft, Eli decided to give the third-round rookie QB a call. But things got a little awkward between the two when the 22-year-old Webb called the two-time Super Bowl champion “Sir.”

“I just wanted to welcome him to the team, let him know if he has any questions or needs anything in the next few days, I was here for him,” said Manning. “He responded to that with ‘Yes, sir.’ I told him we were off to a bad start. Please to not refer to me as sir. I was always taught the same thing. Anyone older than me, I have to call them sir. But hopefully, we straightened that out.”

Manning, who admits he didn’t follow Davis in college, will now be tasked with training the rookie, both on and off the field, as the heir apparent in New York City. There are few more demanding cities in the world to be a professional athlete, and when you’re the starting quarterback, quite a lot is asked of you immediately.

Fortunately, Manning is ready to play that mentorship role for the younger Webb.

“I really don’t know much about Davis. I know he started off at Texas Tech and transferred to Cal his senior year. I know he’s a big kid and it sounds like he has a strong arm. I know a few of the other names and several other quarterbacks that were in the draft…I look forward to meeting Davis, welcoming him to the team and see if he needs any help from me. I’m always happy to give it.”

Webb isn’t expected to take the field at all in 2017, even should the Giants play a backup at QB. Instead, he will spend this season almost like a redshirt freshman, learning the ropes from the older guys like Eli. It is unclear at this point what (if any) plans the Giants may see Webb fitting it, but if he can figure out Ben McAdoo’s offense, he’ll surely be around for a long time.

Let’s just hope that when Webb has a question after practice, he’ll approach Manning with more of a “Yo, Eli.”