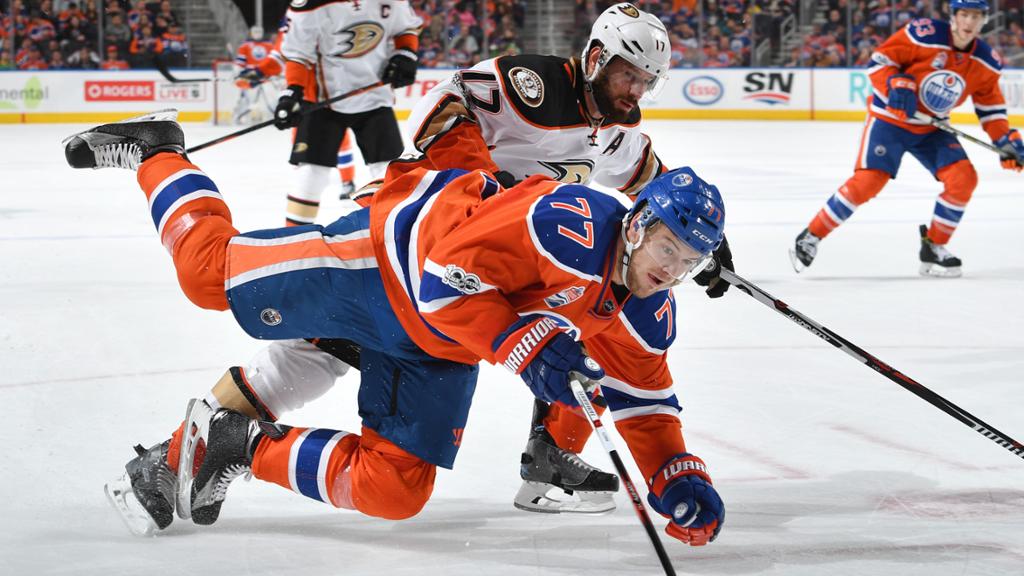 The Edmonton Oilers will be on the brink of elimination down 2-3 in their series against the Anaheim Ducks this weekend when they host game six from downtown Edmonton. The feeling in the media and among the Oilers’ fanbase is that the series should already be over, with Edmonton winning 4-1. Your position on that matter would revolve around your opinion of the officiating in the series.

For certain, game four in Edmonton was one of the more one-sided games that you’ll ever see. All three goals that Anaheim scored were controversial with the Canadian media clearly calling foul on two of them. Some might see that as the Canadian media biased in favor of Edmonton, but the same point could be made about American media that sees no evil in the Anaheim/Edmonton series. The bottom line is that Canada is where you find the most expertise on hockey. Game four certainly remains one of the most egregious games I’ve personally witnessed in terms of officiating with the controversial calls going Anaheim’s way on several critical plays.

When it came to game five I certainly didn’t see the game in the same way: the officiating was poor, but it wasn’t egregious. I felt that the first period was a direct extension of the last game’s terrible officiating with, in particular, Anaheim awarded a weird penalty shot on a play where you don’t always see even a normal penalty called. Certainly that call, which did not end up as a goal, attests to the poor officiating in the series that has seemed to favor Anaheim a huge portion of the time.

No way that's a penalty shot… come on

Numerous hockey pundits weighed in on the penalty-shot call. Former NHL goaltender and Hall of Famer, Grant Fuhr said the call was “very questionable.” TSN’s Kate Beirness said that there was “No way” the play should have been a penalty shot. Marc Spector of Sportsnet wondered out loud on Twitter how the play “(constituted) in all alone,” thereby referencing the criteria for an infraction that causes a penalty shot. That Anaheim missed the penalty shot is a bit of a red herring, I think: the refs make calls that swing the balance of the game, but they don’t score.

There were calls in game five that went Edmonton’s way, however only the obvious ones. For example, when the Oilers lead 3-0 Anaheim appeared to answer back with a goal. However, it was scored with a clear high stick that couldn’t plausibly be denied. The Ducks, who have a solid team, were able to close the gap to 3-2 before controversy struck again. Their game-tying goal came with 15 seconds remaining and appeared to have the aid of goaltender interference.

Anaheim’s Ryan Kesler appeared to be nudged toward the Edmonton crease. However, Kesler hung around the crease for a while after that. Furthermore, he had control over his left arm. Darnell Nurse nudging Kesler is what influenced the decision, but the play Kesler made has to do with him making no effort to vacate the crease. Furthermore, it’s hard to see how Nurse caused Kesler to clutch at Cam Talbot’s pads, seemingly helping to expose the gap that the puck went through. Many are wondering why the goal was not overturned and, if you are attuned to the public on Twitter, many think that the NHL might be trying to fix the series in Anaheim’s favor. It’s this latter opinion that isn’t really being reported on in the mainstream media: there is definitely a growing contingent of hockey fans that are losing consumer confidence in the NHL. 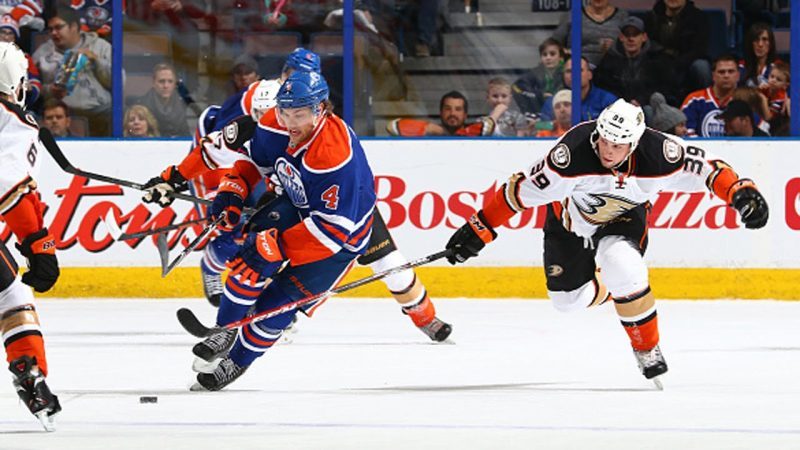 My position is that Edmonton earned a 3-1 victory in game four and came close to choking in game five, but earned a 3-2 victory. This series could actually be viewed as 4-1 Edmonton and already over. Instead, the Oilers head home facing elimination and will then have to win a game seven in Anaheim to advance on top of game six.

The animosity toward the NHL and its officials that is brewing in Edmonton’s fan base is incredibly palpable. Being an Edmonton Oilers’ fan doesn’t seem to mean being a fan of the NHL these days, in somewhat of a contradiction. When it comes to that emotion, it’s not clear what it boils into. The series isn’t over, but Anaheim has the lead and perhaps the backing of the league. The best way that fans can address the officiating shortcomings would be through consumer-advocacy groups. I plan to discuss that more following the resolution of the series.