Home All News Tech News Double the content, double the ads but Apple News has a price 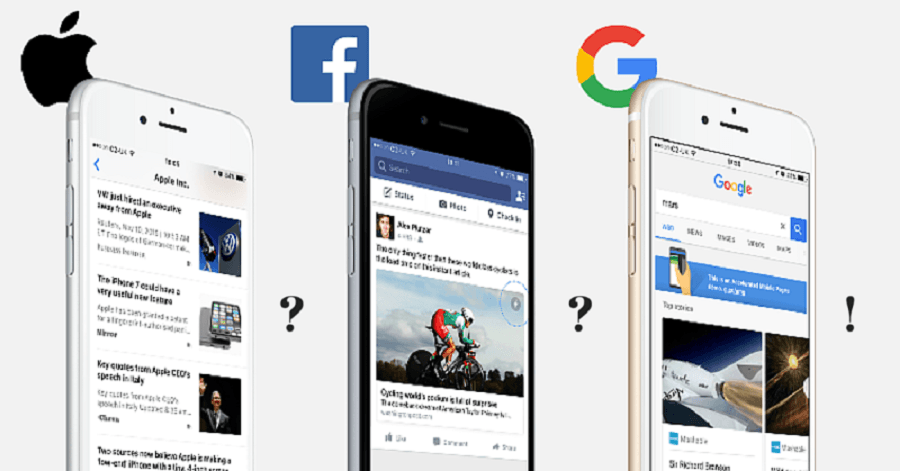 News sites and blogs can now easily double their revenue by re-publishing their articles to tech giants Google, Facebook and Apple. How is it done? It’s basically a backscratching system. Article publishers increase traffic for Apple News, Facebook Instant Articles and Google AMP, and these three news sites allow them to publish and sell ads. Each news site has their own respective ads programs and procedures designed to benefit them and the publishers.

With Google AMP, websites made through the program load much faster. AMP is primarily designed for mobile since not all areas are covered by LTE. Many are still on 3G and congested and shared Wifi. Web pages need to load faster but those still need ads, and those ads need to load quickly as well. A little coding tweak via the AMP API allows web pages to load faster not just on mobile but on desktop browsers.

With Facebook Instant Articles, publishers can select which articles to publish, and they will appear within the Facebook mobile app with layouts similar to the originating site. But why should publishers let Facebook steal the limelight with their own articles? Because Facebook gets more exposure than they ever could.

The published articles clicked on Facebook still point to the analytical tools used by respective article publishers meaning they get more exposure. Article publishers also get to keep 100% revenue of the ads they sell and Facebook gets 30% if it sells the ads. These articles are also kept on Facebook’s servers allowing them to load much faster within the app. Site fans appreciate the fast load and reading those articles within Facebook itself.

And what about Apple? Apple has the ill-fated iAd program which allows 3rd party developers to embed ads in their apps. Clicking on an ad won’t exit the app but only suspends it. Closing the ad returns the user to the app or game they’re playing. However, iAd did not take off as Apple did not offer user data, analytics and ad tracking, not to mention the initial six-digit advertising contracts. The iAd app network in its current incarnation will be discontinued on June 2016 and will be integrated with the Apple News service.

Like Facebook Instant Articles and Microsoft’s Windows News app, the Apple News service aggregates news content from various publishers within the new iOS News app which is currently available only in the US and Europe. The News app supports articles as well as video content as well as the occasional ad inserted by the iAd platform.

Formerly handled by an ads team, iAd becomes self-service wherein the publisher is given tools to publish their ads. Publishers, however, need to fork $99 upfront to the Apple developer program to be able to push ads. $99 seem to be a small price to pay for the potential exposure to millions of iOS devices, iPhones, iPods and iPads. It’s not a total rip-off by Apple unlike with the initial iAd implementation. Publishers are given the tools they need to be able to develop and publish their ads and articles within Apple News under the new iAd self-service platform.

One thing publishers are learning is that each of these systems comes with its own headaches as Google Amp quickly learned. Many older plugins may not play nice with their new coding so be prepared to hire a developer if you want a smooth transition. There are plugins, but even the latest Facebook Instant Articles plugins is having some major growing pains since it went public on Tuesday. Everything comes with a cost, one way or another and AMP, Apple News and Facebook Instant Articles each do.

With Yahoo on the verge of losing its businesses and MSN not exactly being popular, going into the news business seems a logical step for Facebook and Apple with Google having dipped in its toe for a while now. For news and article publishers old and new, it’s a logical step to ride in the popularity of these three tech giants. Many publishers may have waited and are actually thankful that Facebook, Apple and Google have opened up themselves to the idea. Publishers get double the traffic, consumers get more and learn more without having to search and move around. Ads do get double the exposure. This new method of distributing news and articles is a win for everyone.