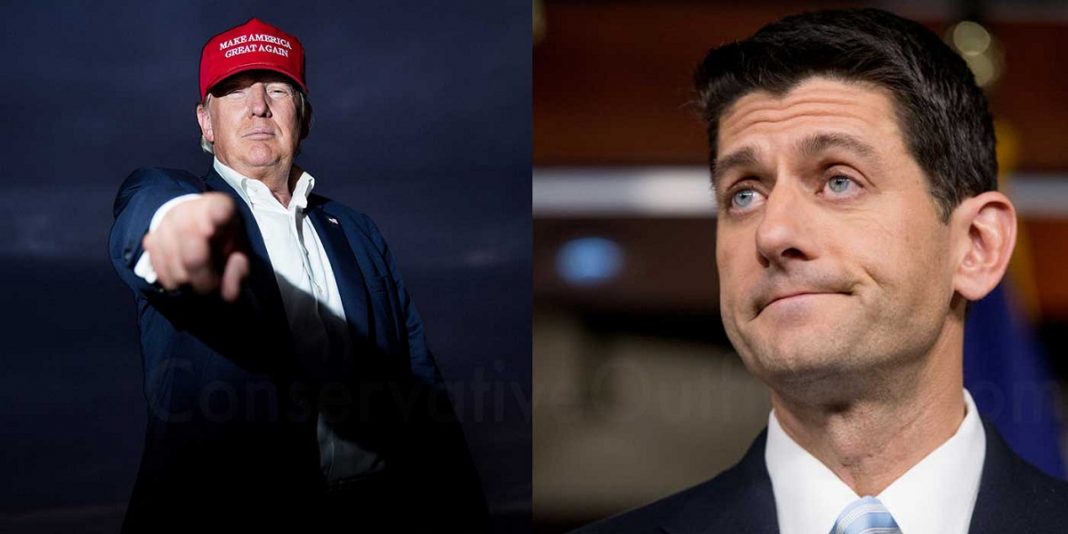 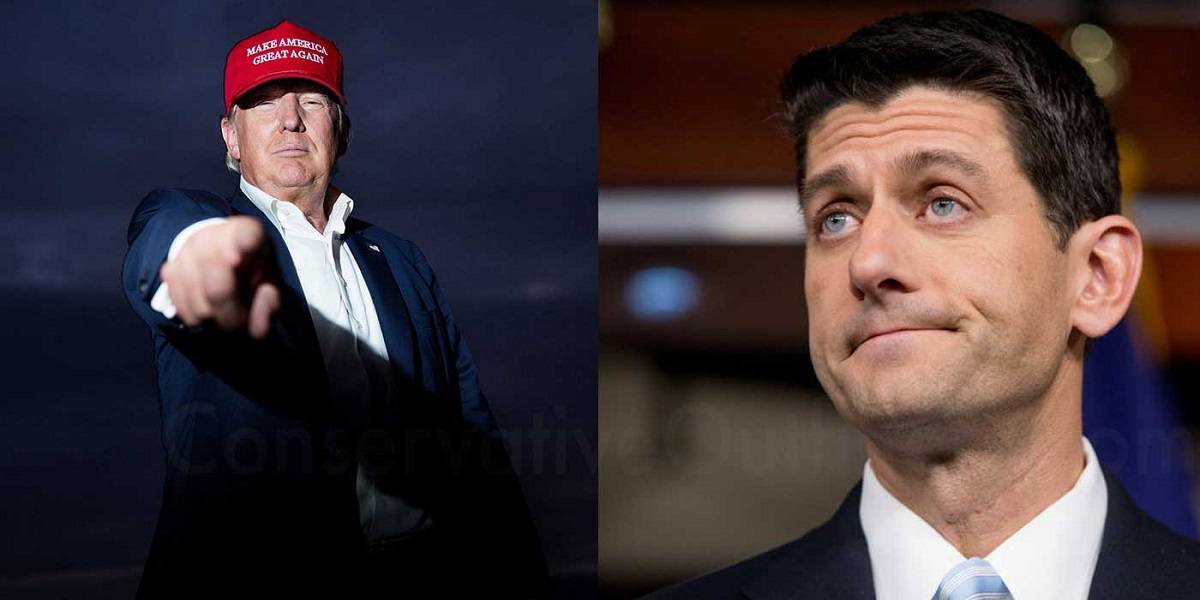 The Republican party has had quite the high wire act when trying to handle Donald Trump, but after Friday’s video hit, it looks like the bulk of the party is running for cover quickly. Paul Ryan was quick to lead the charge over the weekend without actually saying those words.

While not explicitly stating that they’ve (or at least, the bulk of them) are ditching on Trump to salvage their seats in the House, Speaker of the House Paul Ryan seems like he could win up the biggest loser. He’s come under fire for not doing a better job of keeping Trump under control, and now many are talking about replacements after it appears he’s doing a cut and run completely from the Republican nominee.

It’s understandable why he feels the need to cut out on Trump as things are spiraling badly out of control as more women come forward, and the presidential nominee continues onward claiming that everything is one big fabrication. He’s quick to point the finger at Bill Clinton who was accused of the same things though making sure to state that all those women are right while the women stepping forward on him are all wrong.

@realDonaldTrump: You must believe all of Bill Clinton's accusers, but you can ignore all of mine. #RNC #DNC2016 No laws apply 2 DonaldTrump pic.twitter.com/3L0jlWVA7l

House Speaker Paul Ryan’s abandonment of Donald Trump is aimed at protecting Republican control of the House. But it may test his hold on his own job, and his long-term ambitions.

Ryan’s announcement that he won’t defend his party’s presidential nominee and that GOP candidates should choose their own paths to victory – with or without Trump – has led some Republicans to suggest they may not back Ryan’s re-election as speaker.

“Given the stakes of this election, if Paul Ryan isn’t for Trump, then I’m not for Paul Ryan,” Rep. Jim Bridenstine, R-Okla., said Wednesday on Twitter.

Assuming Republicans remain in control of the House after November’s elections – which no longer seems assured – Ryan may need every GOP vote he can get to keep his post. That means Ryan, R-Wis., cannot afford to let this week’s trickle of defiant Republican lawmakers grow much larger.

Ryan, 46, was the 2012 vice presidential nominee and many think he could run for president in 2020, or beyond. Losing an election for speaker could be a blow to any loftier political ambitions.

Ryan’s tactic has cheered many GOP lawmakers nervous that Trump’s flagging candidacy could cost them their jobs. But it has infuriated other Republicans and conservatives, in and out of Congress, especially Trump’s die-hard backers. They consider Ryan’s decision a betrayal that will weaken Trump’s chances of beating Democratic Hillary Clinton.

“I suspect whatever he said would be a no-win for unanimity” among Republicans, former Rep. Tom Reynolds, R-N.Y., said Wednesday. “He’s walking on a tightrope, like any speaker up for re-election,” said Reynolds, who led the House GOP’s campaign organization a decade ago.

On Monday, Ryan told House Republicans in a conference call that he will spend the time until the Nov. 8 election working to keep GOP control of the House, and will do nothing to help Trump. That call came after the revelation of a 2005 video showing Trump making vulgar remarks about forcing himself physically on women.

Trump has since assailed Ryan, on Twitter and in public remarks. Trump said Wednesday while campaigning in Florida that Ryan and other Republicans are involved in a “sinister deal” against him. He offered no evidence for the assertion.

Bridenstine is a conservative and a member of the House Freedom Caucus, which often bucks leadership. But he backed Ryan when the House elected him speaker last October.

Rep. Dana Rohrabacher, R-Calif., who also supported Ryan then, hinted in an interview with The Associated Press that he might not favor keeping Ryan in the House’s top job.

“I never doubted he should be speaker. However, if he can’t prevent himself from panicking and helping the enemy in a situation like this, well, then we’ll find out,” Rohrabacher said Monday.

Rep. Peter King, R-N.Y., said Ryan was under pressure from Republicans in conservative districts to back Trump and from candidates from more moderate areas to distance themselves from him.

“The risk he took was a plausible one, it was well intentioned. And we’re not going to know until Nov. 9 whether it’s going to work or not,” King said.

AshLee Strong, Ryan’s spokeswoman, said Wednesday that Ryan is “fighting to ensure we hold a strong majority next Congress, and he is always working to earn the respect and support of his colleagues.”

House Republicans meet after the November vote to select their nominee for speaker. Ryan would need 218 votes – a majority of the House’s 435 members – to become speaker when the full House votes in January.

There are currently 246 House Republicans, plus a vacant seat the GOP seems likely to retain.

But that number probably will shrink after Election Day, with GOP moderates among the likeliest to lose. That means a greater proportion of conservatives, some of whom are hostile to established GOP leaders, and indicates Ryan may not be able to afford to lose much support.

Ryan succeeded former Speaker John Boehner, R-Ohio, who retired last October after it became clear that opposition from conservatives within his party’s caucus meant he did not have the votes to retain his job.