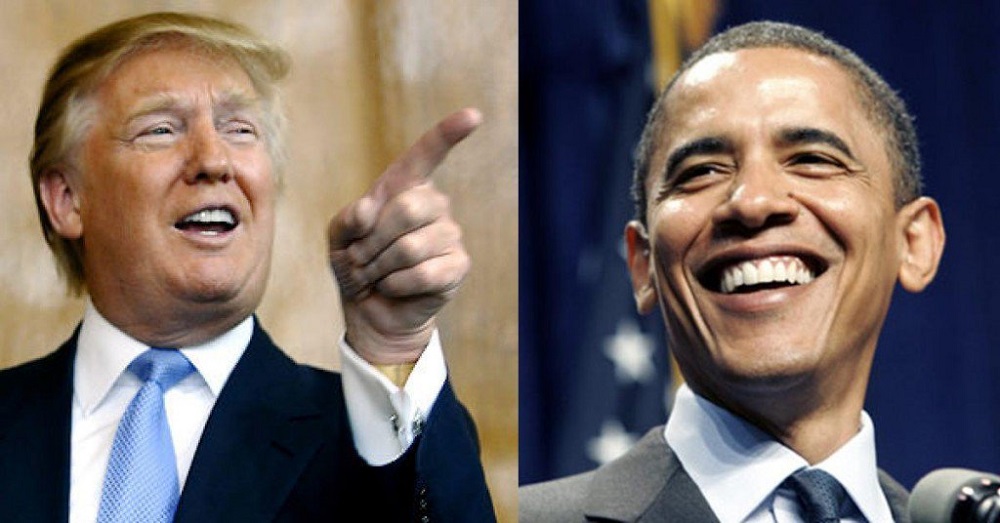 President-elect Donald Trump and outgoing President Barack Obama have many differences, and one of the biggest is with technology. While Obama was up on the latest tech gadgets and security measures; Trump feels that computers and technology haven’t helped so much.

As Barack Obama began preparing to leave office, the first smartphone-toting U.S. president ordered his team to upgrade the White House’s aging technology for his successor. New computers were purchased, and faster internet was installed.

Not included in the modernization plans? A courier service.

But that delivery method of a bygone era may be in for a comeback under Donald Trump. Despite his voracious use of Twitter, the president-elect appears to be leaning toward old tech to ensure the security of sensitive messages.

“It’s very important, if you have something really important, write it out and have it delivered by courier, the old-fashioned way because I’ll tell you what, no computer is safe,” Trump told reporters Saturday in response to questions about Russia’s alleged hacking of Democrats during the presidential election. Trump, who doesn’t email or surf the internet, said days earlier that computers “have complicated lives very greatly.”

Trump’s skepticism of some technology marks a sharp contrast from the president he’ll replace on Jan. 20. Obama, who was a youthful 47 years old when he took office, carries a specially outfitted Blackberry, emails with a small number of friends and aides, and has received some of his daily security briefings on an iPad. He celebrated technological innovations at an annual science fair, created the job of chief technology officer in the White House and viewed technology as key to making the sprawling federal government more efficient and responsive to the public.

A much less frequent Twitter user than Trump, Obama let loose Sunday with a volley of tweets highlighting some of his accomplishments as president: boosting clean energy, bringing troops home, delivering “the longest streak of job growth in our history,” passing a law to make health care affordable, reducing dependence on foreign oil and working “to reaffirm that all are created equal.”

But technology has also been a burden for Obama. Online sign-ups for his health care law were crippled by massive technical issues, resulting in one of the most embarrassing episodes of his presidency. National Security Agency contractor Edward Snowden stole classified information that he leaked to journalists, revealing the Obama administration’s bulk collection of millions of Americans’ phone records, as well as U.S. spying on some friendly foreign leaders.

Trump, 70, rarely uses a computer and sifts through stacks of newspapers, magazines and printed articles to read the news. He panned candidates’ reliance on data and technology in presidential campaigns, preferring to make decisions in part based on the reaction from audiences at his rallies. While Trump’s tweetstorms are already legendary, he utters some of his messages out loud and leaves the actual typing to aides.

Incoming White House press secretary Sean Spicer said he expects Trump to continue using Twitter and other social media sites as president, casting it as an effective way to communicate with Americans.

“Absolutely, you’re going to see Twitter,” Spicer said Sunday on ABC‘s “This Week.” ”I think it freaks the mainstream media out – that he has this following of 45-plus million people that follow him on social media” and he “can have a direct conversation” with them.

Trump has shown some interest in technology since winning the White House. Billionaire tech investor Peter Thiel has been working with Trump’s transition team and could serve as an adviser to the administration. Trump met with several Silicon Valley executives last month, telling them his administration was “here to help you folks do well.”

As Trump heads into the White House, some of the biggest questions surrounding his relationship with technology will involve security. U.S. intelligence agencies say Russia hacked the Democratic National Committee and a top aide to Democratic nominee Hillary Clinton during the election, exposing the vulnerabilities of systems in Washington. Revelations that Clinton used a personal email and private internet server during her four years as Obama’s secretary of state highlighted the lax practices that exist in government. 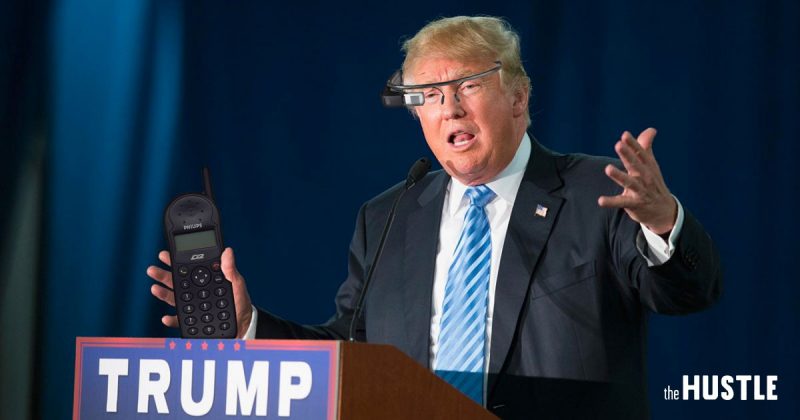 As a candidate, Trump called for an immediate review of U.S. cyber defenses and vulnerabilities, though he has not detailed specific steps he plans to take to bolster cybersecurity and has not publicly accepted the intelligence community’s conclusion that Russia was behind the election year hacking. Nor has Trump outlined any changes in the way he expects the White House to use technology for day-to-day work.

Bruce Schneier, a technology security expert, said Trump was right to question the safeguards that exist for protecting his own communications as president.

“If the Russian spies want to get at his data, no computer is probably safe,” said Schneier, a fellow at Harvard University’s Kennedy School of Government. “Everything is vulnerable.”

Of course, the courier system Trump suggests is hardly foolproof, either. After the U.S. killed 9/11 mastermind Osama bin Laden, administration officials said they had gleaned crucial information on his whereabouts by tracking the al-Qaida leader’s courier.