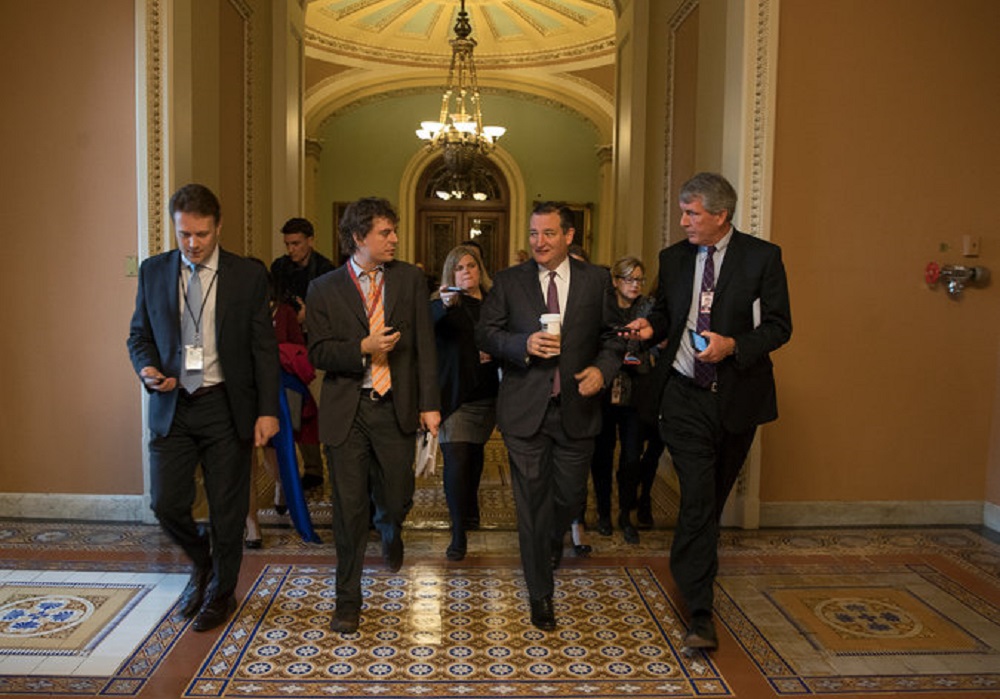 Donald Trump may no longer be on NBC’s ‘The Apprentice,’ but many people clamoring for all those open cabinet positions are using some of those tactics to get his attention.

Want a top job in Washington? Saying less is usually the way to get more.

But contenders – and wannabe contenders – for spots in President-elect Donald Trump’s administration are upending that tradition.

They’re touting their qualifications in public appearances and chatting openly about their interactions with Trump’s team. They’re handicapping their rivals. Some of those who appear to be under the most serious consideration are conspicuously strolling by the pack of journalists gathered in the Trump Tower lobby on their way to meetings with the president-elect and his team.

Former New York Mayor Rudy Giuliani set the tone. After declaring that he wouldn’t serve as attorney general, Giuliani was asked whether there were better choices for secretary of state than some of the names being bandied about.

“Maybe me,” Giuliani said with a grin.

Shortly after, a senior Trump official confirmed Giuliani was indeed under consideration to become the nation’s top diplomat.

So, too, is Tennessee Sen. Bob Corker – at least according to the senator.

“I know my name is in the mix,” Corker said, adding that he nevertheless expected the State Department post would go to someone more deeply involved with the Republican’s presidential campaign. 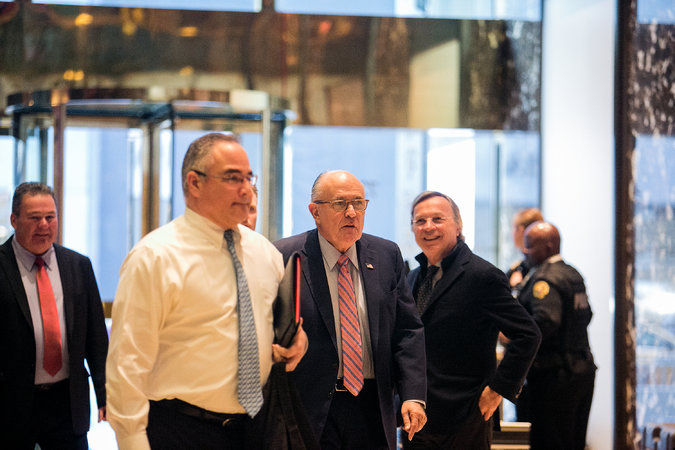 In some ways, the more free-flowing discussion is a refreshing shift from the usual Washington parlor game, where job candidates publicly dismiss their chances with faux modesty, then use emissaries to ensure their name stays in the conversation.

The current approach is also a reflection of the man whom the job hopefuls are trying to impress. Trump held what amounted to a public audition process when he was picking his running mate, inviting top contenders to appear with him at rallies and speak to his enthusiastic crowds. That approach had echoes of Trump’s reality television show, “The Apprentice,” where contestants competed for a job in one of the host’s businesses.

But for much of the past week, Trump has uncharacteristically stayed out of the public fray as lawmakers, business leaders and others jockey for jobs in his administration. He’s made only a handful of public comments since winning the election and has largely avoided speculating on who could end up in the White House and Cabinet agencies.

“I am the only one who knows who the finalists are!” Trump wrote on Twitter, which has served as his main form of communication this week.

“These conversations are always best in private, particularly when you’re forming a Cabinet and a senior staff,” Conway said Thursday on MSNBC. “Which is why I don’t say too much about myself.”

Moments earlier, Conway had confirmed that Trump offered her a job.

“Mr. Trump asked me immediately if I would serve with him, come to the White House with him,” she said. It’s unclear what job Conway was offered or whether she plans to accept.

Others have been more specific about how they hope to serve the newly elected president.

Scott Brown, the former Massachusetts senator, volunteered himself to run the Department of Veterans Affairs. He told New England Cable News that if Trump offered him the VA post, “I’d do that in a second.”

And if the Veterans Affairs job isn’t an option?

“Then housing, I’m very passionate about housing,” Brown said. “I’d be honored to work at HUD.”

Kansas Rep. Tim Huelskamp has floated himself as a possible agriculture secretary. He told reporters Wednesday that someone “close” to Trump’s transition team had reached out to discuss the post.

Some potential Cabinet secretaries have preferred to go the more traditional route, bashfully brushing aside questions about the future. Alabama Sen. Jeff Sessions, a loyal Trump ally who has been discussed for multiple posts, wouldn’t bite Thursday when he appeared before reporters.

In this one instance, however, Trump himself decided to stoke the speculation. His transition team released a statement Thursday that appeared to tee up Sessions to be nominated for attorney general.

“While nothing has been finalized and he is still talking with others as he forms his cabinet, the president-elect has been unbelievably impressed with Sen. Sessions and his phenomenal record as Alabama’s attorney general and U.S. attorney,” the statement read.