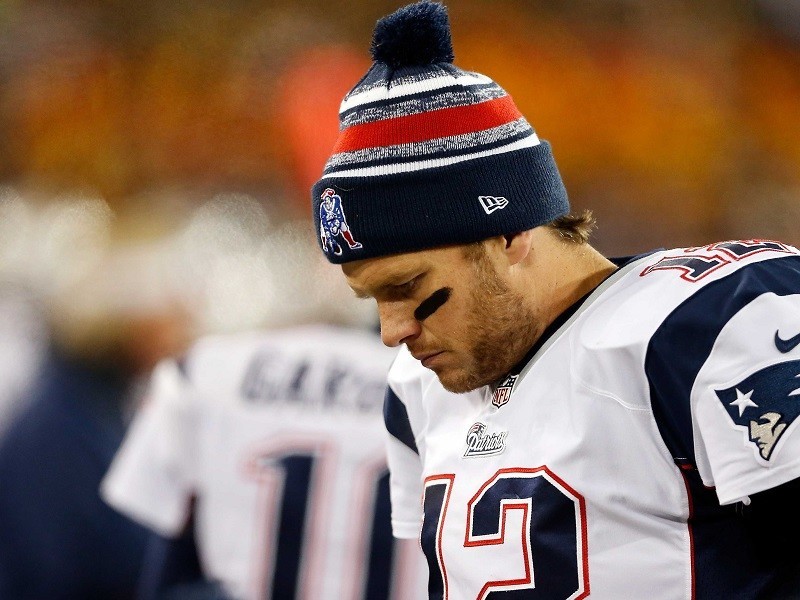 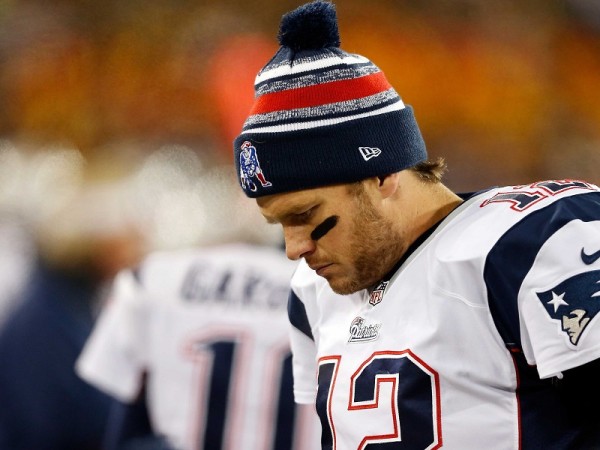 Some thought Tom Brady was teflon and wouldn’t be affected at all by the Deflategate results, but we all know that somebody had to take a hit. All eyes were on Brady, and he was the easiest and most likely choice.

The team has been fined $1 million and will forfeit its first-round selection in the 2016 NFL Draft and fourth-round pick in the 2017 draft, the league announced Monday.

The punishment comes after last week’s release of a report by attorney Ted Wells, who was hired by the league to investigate the incident.

The investigation was initiated to determine what was behind the Patriots’ use of underinflated footballs during January’s AFC championship game against the Indianapolis Colts. The Patriots beat the Colts en route to a Super Bowl XLIX victory.

The Wells report found that “it is more probable than not” that Brady was “at least generally aware of the inappropriate activities” of locker room attendant Jim McNally and equipment assistant John Jastremski.

Jastremski has been with the team for 14 years, the past three as the staffer in charge of preparation of the game-day footballs.

In a letter to Brady, NFL Executive President Troy Vincent said the quarterbacks actions were detrimental to the integrity of the sport.

“Each player, no matter how accomplished and otherwise respected, has an obligation to comply with the rules and must be held accountable for his actions when those rules are violated and the public’s confidence in the game is called into question,” Vincent wrote,

The 243-page Wells report said Brady, who answered questions from investigators over the course of one day, did not turn over personal information such as texts and emails. Furthermore, the report doubted the quarterback’s claim that he didn’t know the name of McNally, the part-time Patriots employee who investigators think most likely improperly deflated footballs just before the team faced off in January’s AFC championship game.

Brady will be suspended for the first four regular season games of 2015, but can participate in training camp and other activities including preseason games.

Jastremski and McNally, who have been indefinitely suspended without pay since May 6, cannot be reinstated without NFL approval, the league said.

In the event the two staff members are reinstated, they will be prohibited from certain duties, such as managing the locker room or overseeing preparation of the game footballs.

NFL Commissioner Roger Goodell said the punishment is in line with the findings of the Wells report.

“We relied on the critical importance of protecting the integrity of the game and the thoroughness and independence of the Wells report,” he said.

In announcing the penalties, the NFL also noted that the report did not find evidence of wrongdoing on the part of the coaching staff.

“I think this will be in the first or second paragraph of any bio that’s ever written about Tom Brady going forward,” CNN Sports analyst Christine Brennan said. “This is absolutely a huge hit to Brady’s reputation as Mr. Clean, as the boy next door — the smiling, laughing guy that everyone seemed to like.”

But Brady is not short on defenders, who say the Wells report was inconclusive.

The document contains a lot of information, but also a lot of words like “probable” and “generally.”

In the report, no one said the quarterback tampered with the balls himself. The evidence implicating him comes from texts involving and interviews with McNally and Jastremski.

The NFL took into account that Brady declined to turn over texts and other evidence to investigators.

Brady’s agent, Don Yee, told CNN’s Anderson Cooper that the quarterback didn’t agree to hand over text messages because that would set a bad precedent for other players involved in disciplinary investigations.

A report released last week showed the New England Patriots knowingly deflated footballs ahead of the AFC Championship game vs. Indianapolis.  Brady, whose team won the Super Bowl last season, denied his involvement at the time.

Unless his suspension is appealed and reduced, Brady’s first game back would be on Oct. 11 against the Indianapolis Colts on NBC’s “Sunday Night Football.” Of course, it was the Colts that tipped off the NFL about the Patriots’ football-deflating, so that would make this game one of the most anticipated of the season.

As Super Bowl champions, the Patriots appear in the traditional Thursday night opener on NBC — against the Pittsburgh Steelers. That game suddenly looks much different without Brady and his start power.

And CBS is hoping that the suspension is reduced at least by one game, because it has the national afternoon doubleheader game on Oct. 4 between the Patriots and Dallas Cowboys.