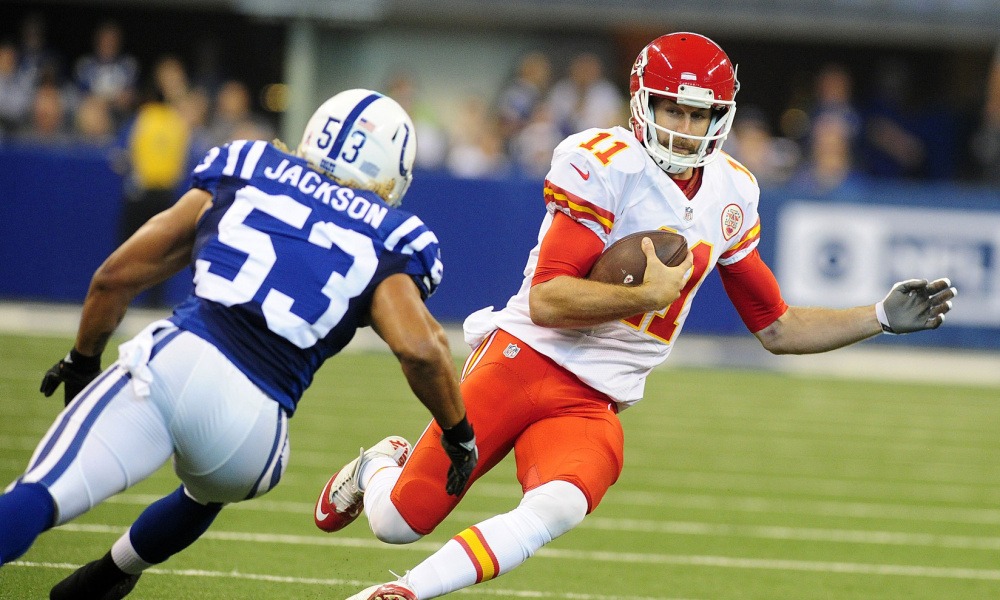 After having his head slammed against the turf after sliding, Kansas City Chiefs quarterback Alex Smith was forced to leave the game with concussion-like symptoms. Nick Foles came in and did pretty well in relief, but the Chiefs were reasonably eager to get their starter back on the field against the Indianapolis Colts.

Smith got up wobbly after the hit, and it seemed pretty obvious to everyone that Smith had a concussion. The Chiefs put him through the protocol, however, and he passed the test. When Smith came back, he was knocked down again and got up wobbling around again. This time, Smith failed the tests.

Needless to say, head coach Andy Reid was grilled for putting Smith back in the game almost immediately during the postgame interview.

“He passed it the second time, yes,” began Reid before being corrected by a team spokesman. “Oh, I thought he did. So he didn’t pass the second time.” Good. Glad to see one of the most respected and established coaches in the National Football League is on top of it. The rest of the Chiefs players didn’t seem overly confident in the tests either from their own personal experiences.

“I think everybody’s different,” said wide receiver Jeremy Maclin. “I think to have one standard test for each individual may not be the best thing. But at the same time, that’s what they came up with, that’s what we have, so that’s what they go by.”

“Every time they try to get me to do it, I say no,” said Hali. “Because then they get a gauge on you.”

So apparently the players have some say over whether or not they even have to take the test. So while Reid assures everyone that the team did things by the book, there’s really no telling. Smith said he was good to go and for all we know that may have been the test.

That’s not good for the player, the team, or the fans. But especially the player.