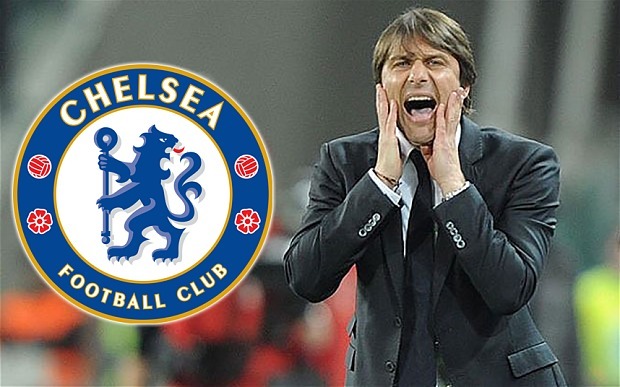 Chelsea Football Club have announced that Italian coach Antonio Conte will take over the helm at Stamford Bridge after Euro 2016.

Conte, 46, will guide the Italian National Team at the European Championship in France this year. With the arrival of Conte, the 2016/2017 Premier League season will become much more interesting from a managerial standpoint.

The former Juventus boss is excited to take charge of the Blues. He said: ‘I am very excited about the prospect of working at Chelsea Football Club. I am proud to be the coach of the national team of my country, and only a role as attractive as manager of Chelsea could follow that.

‘I am looking forward to meeting everyone at the club and the day-to-day challenge of competing in the Premier League.

‘Chelsea and English football are watched wherever you go; the fans are passionate, and my ambition is to have more success to follow the victories I enjoyed in Italy.

‘I am happy we have made the announcement now so everything is clear and we can end the speculation. I will continue to focus on my job with the Italian national team and will reserve speaking about Chelsea again until after the Euros.’

Chelsea hierarchy is also quite eager to work with the new head coach, who has had a very impressive resume from his time in Italy.

Chelsea Director Marina Granovskaia said: ‘We are very pleased to have recruited one of the most highly regarded managers in world football, and we are equally pleased to do so before the end of the current season. This aids our future planning.

The club didn’t fail to acknowledge the efforts of interim Chelsea manager Guus Hiddink. The Dutchman has stabilized the club’s plummeting performances in all competitions. The West Londoners are once again hard to beat.

She added: ‘I would also like to take this opportunity to thank Guus Hiddink, who has done a great job since he joined us in December.’

Roman Abramovic hasn’t spoken after the announcement of Conte. However, Chelsea Chairman Bruce Buck welcomed Conte and said that he is confident that the Italian will guide the club towards success. He said: ‘Antonio Conte has a record of consistent success in his career as a manager and as a player. We look forward to welcoming him to Stamford Bridge and are confident he will find all he needs to maintain that high standard of achievement.’