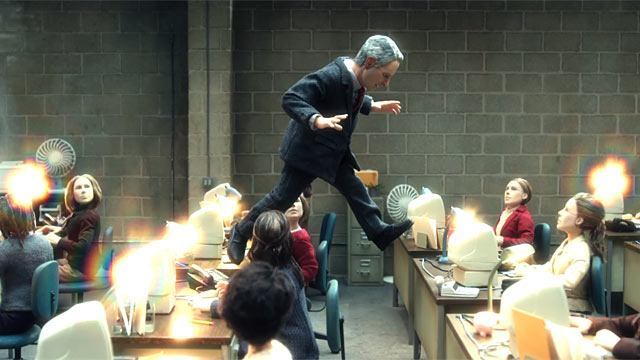 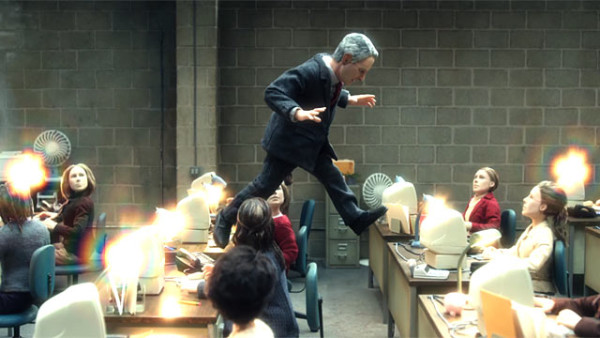 While filmmaker Charlie Kaufman has established a name for himself in the business with such movies as Being John Malkovich and Eternal Sunshine of the Spotless Mind, he opted to crowd fund for his latest project, Anomalisa.

Through Kickstarter, Kaufman and the team behind the project, raised over $400,000 to bring the movie to life. Charlie decided to partially finance the movie this way so that it could be produced outside of the typical Hollywood movie studio. By doing so, the crew hoped to maintain the integrity and original concept behind the movie.

Anomalisa is a stop-motion animated comedy/drama. Aimed at adults, the movie centers on Michael Stone. Michael is a customer service guru, who is struggling with his inability to connect with others. One night, while Michael is at a Business Conference he is presenting for, he meets a stranger who changes his whole perspective on life.

The movie employs the latest technology, as various elements of the characters were created with 3D printers. Over a dozen different puppets played the main characters, Michael and Lisa. In addition, 30 animators also worked tirelessly over two years to create the film.

While stop-motion films have been mainly made for younger audiences, Anomalisa hopes to push the boundaries and bring a more emotional, serious tone to this type of film. In an interview with IndieWire, co-director (who worked alongside Kaufman) Duke Johnson revealed there were numerous struggles that came about from using stop-motion to captivate the more dramatic content of the screenplay. He explained, “Just the overall challenge of trying to create an animated experience that felt subtle and nuanced and authentic to the emotional experience that the characters were having in the film.” He went on to elaborate, “Specifically, the sex scene was challenging because we were aware of the possibility that it could go too comical just from the sense that it was puppets having sex. And that wasn’t the story… it was the natural progression of these two people being in his hotel room. It took a long time to discuss and figure that out technically.” Obviously, they were trying to make sure they didn’t create a scene that would take audiences back to 2005’s Team America: World Police.

The first official trailer for the movie begins with Michael questioning the purpose behind life and being alive. He is then seen going from place to place on business but appears to be disconnected from those around him. Later in the trailer, we see Michael interacting with Lisa. He expresses his adoration for her, as he feels an instant connection with her that even he can’t explain.

According to IMDB, three actors voiced the whole movie. David Thewlis takes on the lead role, as the voice of Michael. You may recognize his voice from the Harry Potter franchise, where he played Remus Lupin. Alongside him is Jennifer Leigh, who voices Lisa. Jennifer is known for her previous reoccurring roles on Weeds and Revenge. Lastly, Tom Noonan, of Hell on Wheels, voices all of the other characters. This casting plays into the basic premise of the movie, as Michael becomes enamored with Lisa, someone who differs from the rest (who are all voiced by Tom).

Kaufman, who penned the original play that the film is based on, brings the same wit and attention to detail that he has in his past work. For example, the hotel, which acts as the main setting for the film, goes by the name, “Al Fregoli.” Fregoli is also the name of a delusional condition where one believes that several people are just a single person. Thus, foreshadowing the underlying sentiment that Michael feels in the film.

So far the film has gotten stellar reviews, with a current rating of 100% on Rotten Tomatoes. Some early critics claim that the movie is the most touching presentation of human life this year, even if it only stars puppets and animation.

I think that the efforts the crew put into financing and ensuring that the final project stayed true to its roots has paid off. Audiences are finally able to see an honest movie that hasn’t been manipulated by studio CEOs into something that they perceive audiences will best respond to. Perhaps in doing so, Kaufman will open up more opportunities for future filmmakers to opt out of handing their ideas over to the big studios.

From the trailer, the movie looks like it has a touching, and subtly complex story behind it. It will be interesting to see how this is portrayed through stop-motion animation.

Anomolisa will be limitedly released on December 30 (in New York and Los Angeles). However, it will be to rolling out nationwide in January.