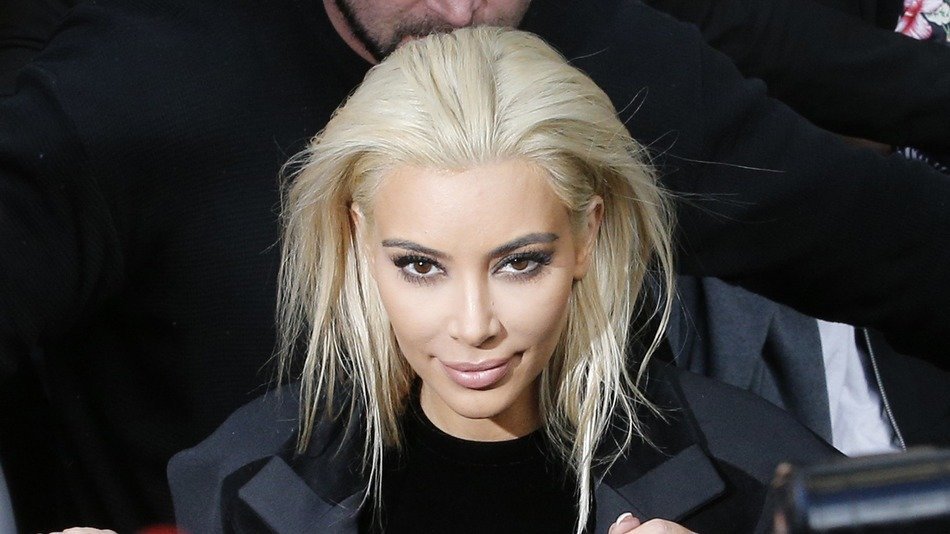 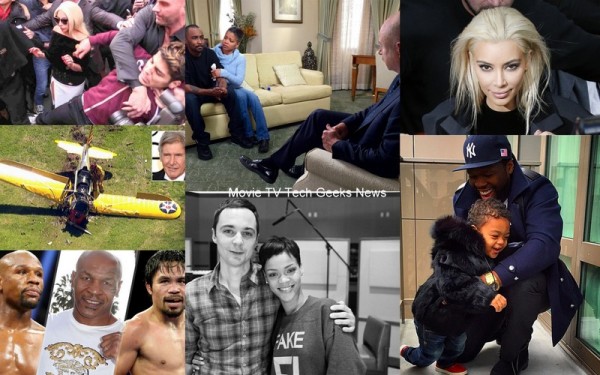 Today, I have some updates for you as well as some new gossip that, let’s face it, we just can’t get enough of hearing about. 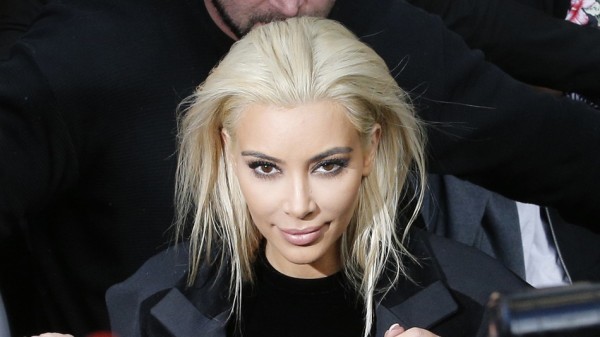 Kim’s the Butt of Jokes

So if you don’t know, Kim Kardashian has gone blonde and it is causing quite a stir. Mainly because we all know she is doing it for attention. I don’t get these attention whores who flood our timelines and inboxes. I mean, I’m all about making that money, but some of these “superstars” take it to another level. Anyway, her bleached blonde hair (and black eyebrows) is being made fun of even by other celebrities. Harry Potter star Tom Felton who played Draco Malfoy in the hit series, calls attention to how much she looks like him in the movie. He takes it a step further by putting her head on his body from one of the scenes. Oh famous people, you crack me up with your sense of humor. 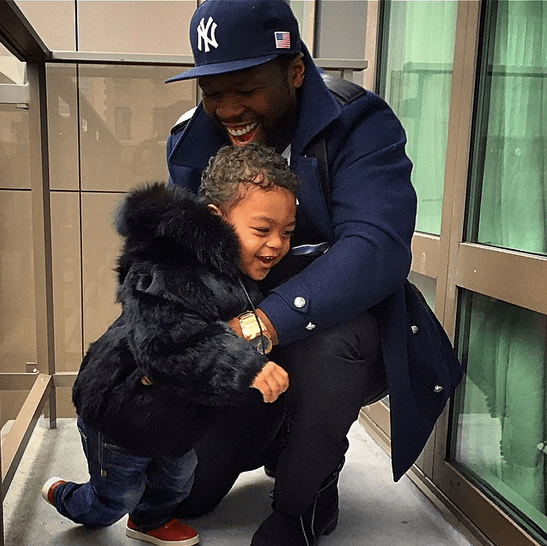 I have to hand it to Curtis, he is all about money and if I were him, I would be putting my two year old son to work too! I mean for real, if I ever pop out a kid, it is going straight to work in commercials, movies… something. His youngest son Sire recently landed a $700,000 modeling deal with an audio company. The Queens rapper told Power 105.1’s Angie Martinez pretty much that his son is so bad, he’s not even three and he’s already made his first million. Well almost a million. Hey you know what they say, “Train up a child in the way they should go” right? 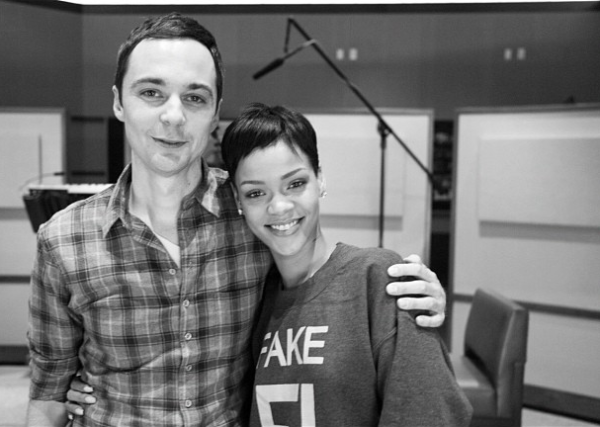 I guess being with one of the most powerful A-List actors in Hollywood has its perks outside of just being seen with them. Rihanna is starring as the title character in the Dream Works animated film Home set to be released later this month (which I was floored to see the main character be a black girl) and she recently scored two covers for Harper’s Bazaar China for April of this year. She is def on fire. If the rumors are true that she and Leonardo Caprio are an item, she needs to stick with him. It’s a perfect example of what being with a man that has your best interest in mind can do for your career and life. He should elevate you not Ray Rice elevator you. 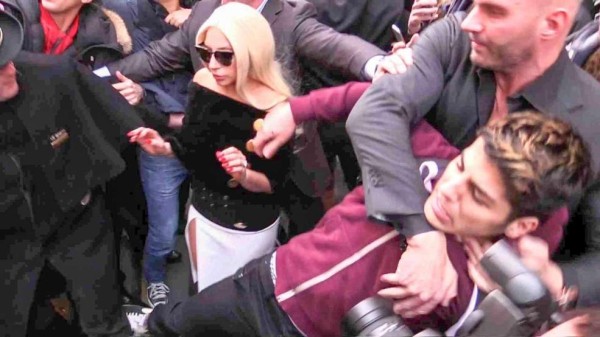 If you are a fan of the powerhouse singer, let’s be very clear here -do not get too close. While in Paris during fashion week, a super excited fan got a little too close and her bodyguard pretty much choked them out. She has more than likely had these issues in the past because not too long ago one of her bodyguards almost did the same thing to neo soul singer India Arie at one of the awards shows. I get it, but having people fall all over you and wanting your attention is just the price you pay to have your name in lights. 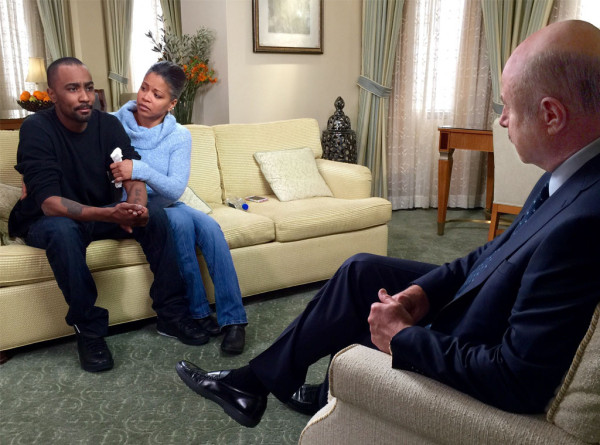 Nick Gordon Gets an Intervention

As we all know, the whole Bobbi Kristina saga is beyond sad. The man we thought was her husband ended up just really being her boyfriend (and childhood friend) amongst so many other things. Nick Gordon, according to reports, has not been able to see BK since she has been in the hospital. Gordon and his mother met with Dr. Phil on his show during which Nick’s mom Michelle told the talk show host, “As we sit here right now, my son’s life hangs in the balance.” This comes on the heels of Gordon’s recent Twitter messages where he is no subtle way let’s his followers know his current state of mind.

Whether or not it is true that he has been able to see the love of his life, one thing is for sure, the boy needs help. According to reports, he has checked himself into rehab. Good luck to him and to the whole situation. 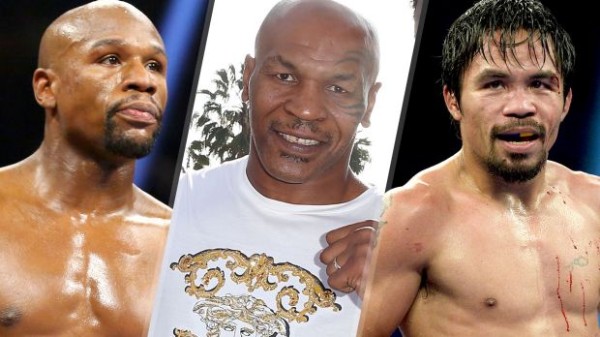 Tyson Not Making Bet on Pacquiao and Mayweather Fight

Not one to ever be shy about his financial situation, Mike Tyson does not plan to bet on who he thinks will win the highly anticipated “fight of the century” happening in May. If he were a betting man, his pick is Pacquia to beat the arrogant, loud mouthed Mayweather. He is not placing a 1.6 million wager that 50 cent has bet in the past because he can’t.

His experience is a stark lesson in rising from nothing because the mind set you have at the bottom will go with you to the top and so will the shady people. He made over $300 million in his career but that doesn’t show in his current financial state. 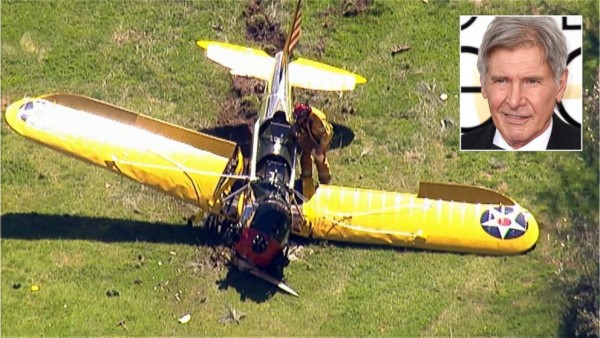 For all you Indiana Jones lovers out there, don’t worry, Harrison Ford is okay. Although he was sent to the hospital with serious injuries after crashing the plane he was flying into the Penmar Golf Club shortly after takeoff, he is doing much better now and his condition has been upgraded from critical. He is expected to fully recover. Glad to hear.