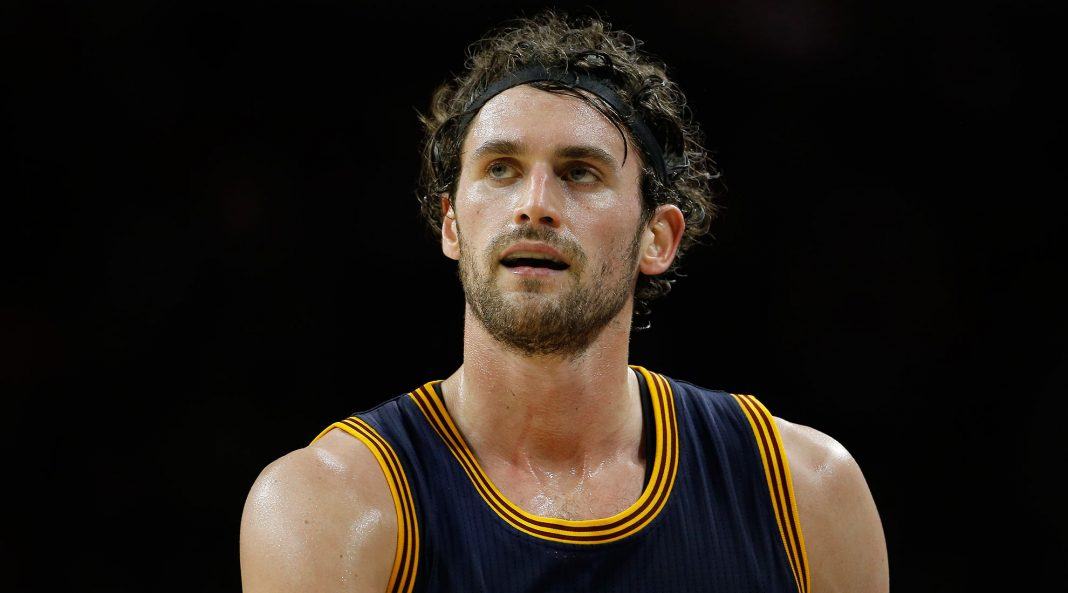 The ‘Big Three’ of the Cleveland Cavaliers might look like it’s down to LeBron James and Kyrie Irving, but coach Tyronn Lue is taking full blame for Kevin Love’s slowdown on the court.

He also said that he has full intention of making Love a larger part of the Cavs offense.

Kevin Love doesn’t mind being a third wheel or a fourth or even a fifth.

His scoring average has dipped, and he’s taking fewer shots. And he’s OK with that. He has not been a major part of Cleveland coach Tyronn Lue’s plans in the playoffs so far. And he’s not complaining about that, either.

Love’s regular-season averages of 19.1 points and 11.1 rebounds have plummeted to 13.8 points and 9.1 boards in the playoffs. Cleveland has played eight games, sweeping Indiana and Toronto.

The contrast between the three players was as stark as ever in Cleveland’s Game 4 closeout win in Toronto in the second round. James and Irving scored or assisted on 92 of the Cavs’ 109 points, and Love finished with just five points on 2-for-7 shooting with six rebounds.

As the Cavaliers wait for the winner of the Boston-Washington series as their opponent in the Eastern Conference finals, Love’s reduced role in his third postseason for Cleveland has become a topic of discussion.

And while the All-Star forward has found himself at the center of previous controversies during his time with the Cavs, there are no hidden meanings or subliminal messages at work this time.

Love was once something of an outsider in Cleveland, but those days are long gone and he’s now a pivotal part of everything for the defending champions, who are undefeated through two rounds.

But don’t be fooled by his statistical slide to this point of the playoffs. That could soon change as well.

When the Cavs resume their march toward a possible second title next week, Lue hinted that Love, who has even sat out the entire fourth quarter in two victories, could be a bigger factor.

“Just because [Love’s] not scoring the basketball or whatever, defensively and rebounding the basketball he’s been great. Some of it’s my fault because we haven’t really featured him a lot because of the matchups we had on other teams,” Lue said. “He has been great. His whole mindset is winning, and that’s what it’s all about in the playoffs. In this next series, we have some matchups he can definitely take advantage of, and it’s on me to make sure we do that.”

During Cleveland’s sweep of Toronto, Love averaged just 12 points – he averaged 19 during the regular season – and he scored just 5 in Game 4 on 2-of-7 shooting.

One of the reasons for Love’s drop-off against Toronto is that he was often guarded by Serge Ibaka, a defensive specialist acquired in part to take away one of Cleveland’s most potent weapons. Also, with the way LeBron James and Kyrie Irving are playing, the Cavs didn’t need as much from Love.

Their “Big 3” has been reduced to a “Terrific 2, ” but things could be much different in the conference final, where matchups could dictate more minutes for Love.

Love’s ability to post up and pop outside for 3-pointers makes him challenging to cover. Lue knows there may be a chance to get the 6-foot-10 big man more involved.

“The playoffs is a game of matchups,” he said. “That’s why Toronto went out and got Ibaka, to try and slow Kevin down. Maybe we didn’t feature Kevin enough against Toronto, maybe we showed ’em too much respect, nd that’s on me. But next round I’ve got to do a better job of really getting Kevin involved and really establishing Kevin.”

“It’s just growth,” Lue said. “Growth for Kevin, growth for this team and it’s all about winning. When you come here it’s all about one thing, and that’s just trying to win a championship. However you gotta do it, you gotta do it. And it’s about sacrifice. Scoring the basketball is not the most important thing, it’s the small things that Kevin’s been doing that goes uncharted.”

Love’s defense, so often questioned in the past, has been solid and he remains a force on the boards. And, at some point in this postseason, the Cavs may need him to have a 20- or 30-plus-point game.

Cleveland’s halfway to the 16 wins for another title. If eight more follow, Love will likely have a hand in them.

“He hasn’t gotten a lot of touches,” Lue said. “That’s on me to get him more involved. What we had going offensively was working, and we had to stay with it to get to 8-0, where we’re at right now. And he understands that and next series will be totally different.”