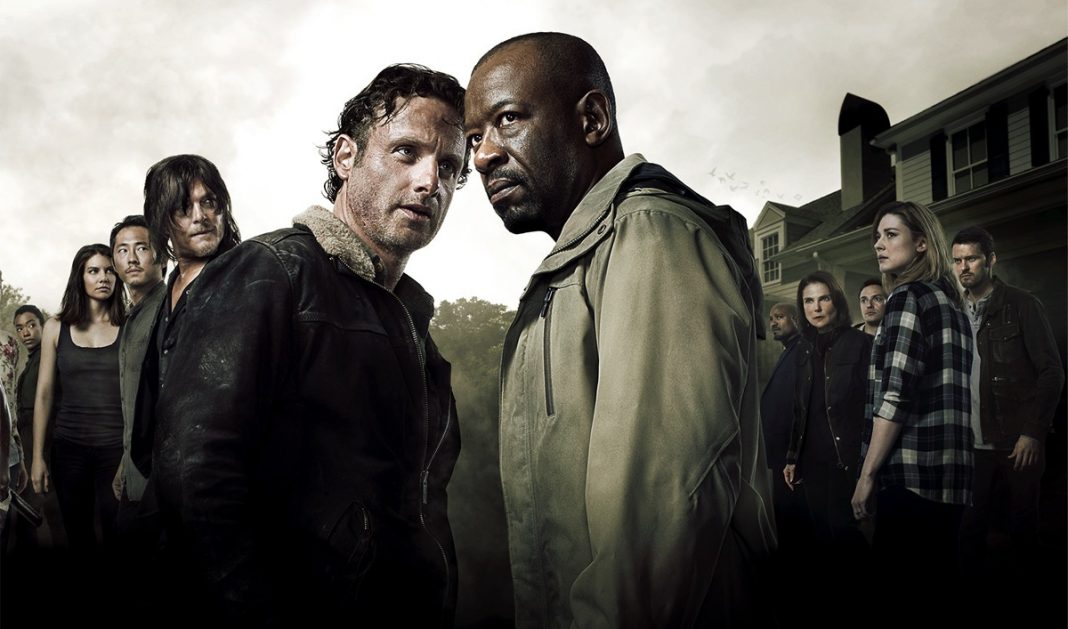 Run Through the First Five Seasons of The Walking Dead

So you’ve been living under a rock for a few years and have yet to see even a single episode of The Walking Dead. Or maybe you’ve been trying to earn a degree over the past five years or working on a weird invention, and that has kept you away from the most popular cable TV series ever. Or maybe you’ve forgotten a key scene or plot point and just don’t have the time to sit through a season box set, well we’re here for you.

Either way, it’s never too late to catch up with Rick Grimes and his band of zombie slaying, people executing (when need be) characters.

With the sixth season just getting started, it would be great for folks who are behind on the show to catch up in a hurry. The best thing to do would be to quit work and take a few weeks to watch each and every episode so you can enjoy the show along with your friends in real time.

What about those that can’t just stop working? Kids to feed. Selves to feed. House payments to make, etc.

Luckily for all you guys with limited time, the good folks over at Direct TV have made it quick and easy to get familiar with the first five seasons of The Walking Dead.

No hour long podcast or Youtube video for each episode you have missed. That would take too long clearly.

All you need is five good minutes to devote to some cool and funny animated videos that tell you everything you missed while the rest of the world was watching Walker wickedness every week on AMC.

That’s one minute per season. Surely you have a minute to spare in the next few days to catch up before episode three pops off this Sunday for season six. By the way, the first two episodes of The Walking Dead this fall have been nothing short of sick!

We’re talking the biggest zombie herd since the one that overran Hershel’s farm. The 2015 herd would run roughshod over the one that forced Rick’s group to head to the prison.

No idea who Hershel is or why any group would seek out a prison to avoid a herd of undead humans? Good. Watch the animated videos so you can figure some of this stuff out.

I can’t tell you everything. I’m pretty busy myself.

I checked out the vids in my free time, which equals about five minutes a day. Yes, I watched while in the shower with a ziplock bag over my iPhone…a trick I learned in season three from Carol. Not really, but how would you know if you’re behind on the series?

I could tell you any lie about TWD just to jerk with you all. I wouldn’t do that, though. You’ve been through enough already, what with the ridicule from friends and family because they can’t discuss The Walking Dead with you since you have not seen a season yet.

I have watched the show from the jump, and I even benefitted from these animated catch up videos for seasons 1 – 5.

I forgot that Glenn was a pizza delivery guy when he made his debut on The Walking Dead. No idea why he was still delivering pizzas after the apocalypse. You would think the pizza infrastructure would have been the first to crumble.  Maybe Glenn was just too loyal to Dominos.

Also, I somehow thought that the hopeless scientist at the CDC was in season two or three. Turns out it was season one. He was not the most inspirational guy. Dr. Kevorkian may have been the guy’s mentor at some point.
I got to relive the appearance of the Governor. This guy was worse than a modern day politician. Hard to believe I know, but he really enjoyed torturing people and Walkers. Great dad though.

The Governor made it into two seasons but was eventually taken down by Michonne, the baddest samurai on the planet.

It may be hard for some of you to see animated Carol take things into her own hands when a plague (flu) hits the prison. Yes her actions got her exiled for a time, but what she did helped turn her into the most ruthless good guy ever.

Rick felt pretty bad about the whole exile thing after Carol saved his ass along with everyone else from becoming batting practice at a place called Terminus.

Please check out these cool below. Most of them even have some bloopers at the end with the audio.

Of course, there are spoilers in these clips, but they won’t ruin the show if you do ever get time to go back and watch each season in its entirety. They are just one minute long so not all the details are included.

Even if you have watched every episode, these vids will really help you remember key points that you lost since you first watched.

If you start watching right now, you should be caught up faster than it took Rick to decide to kill a certain surgeon with a hot blonde for a wife, which was right after he met him.