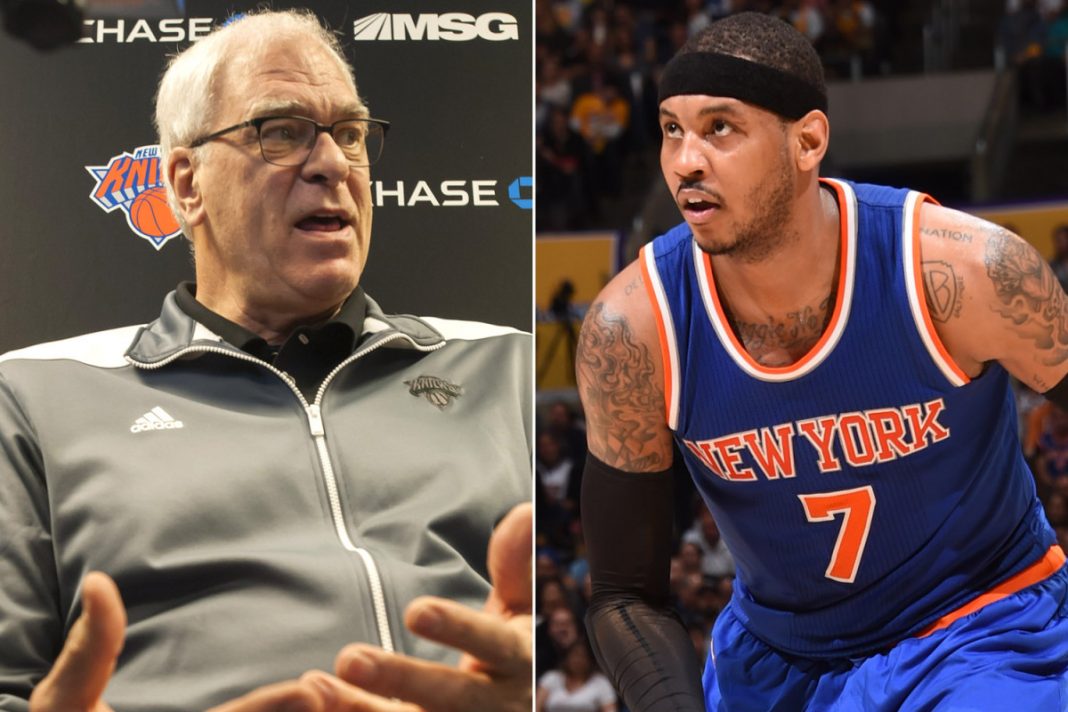 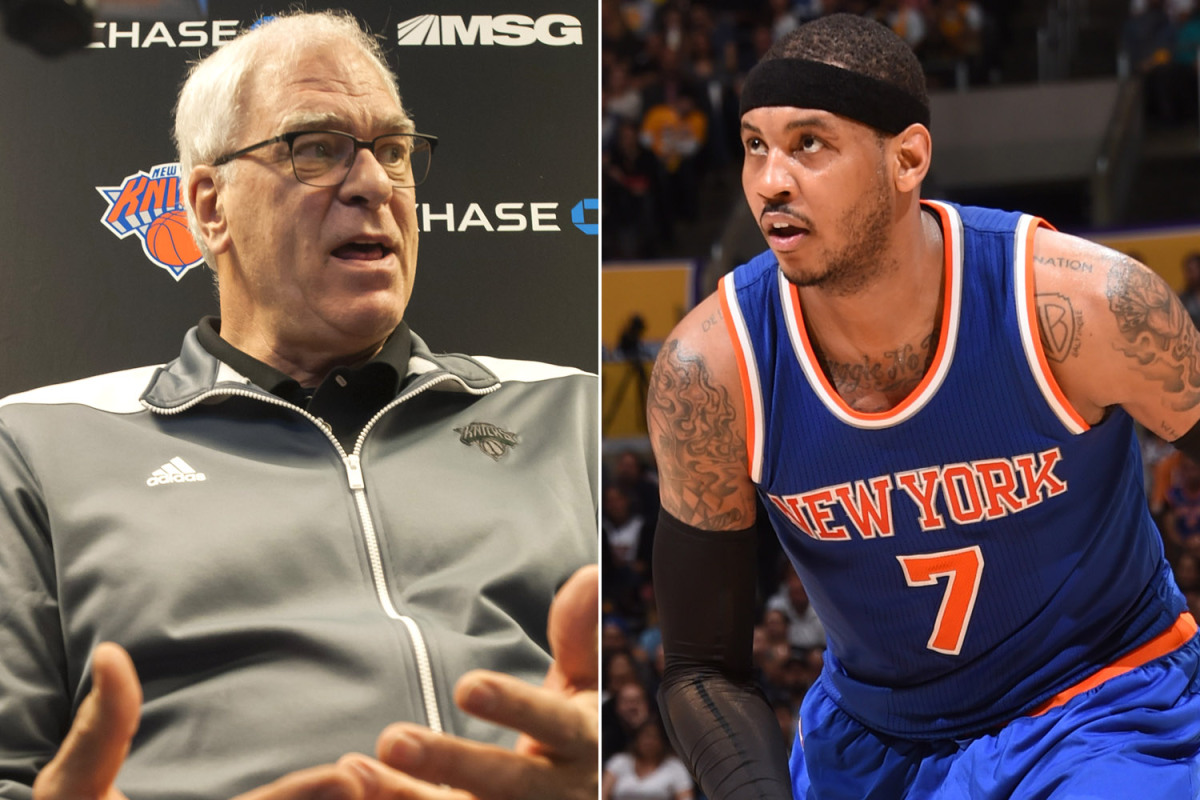 Every few weeks a ‘Phil Jackson will coach the New York Knicks’ rumor surfaces again. Of course, nothing has happened as of yet, but with the relationship between the Knicks and superstar Carmelo Anthony weakening daily and tensions coming to a boil, the most recent one managed to gather some momentum.

The most recent chapter in the saga brought up the possibility of Jackson coaching select home games at Madison Square Garden next season. Anthony, as appealing as the suggestion may be, wasn’t having any of the latest rumor.

“No, no, no,” continued Anthony when asked what he thought about the premise of Jackson coaching for the home crowd. “I don’t think that should be accepted. I wouldn’t accept that if that was the case. Phil is cool, man. He don’t need to be on the sidelines no more. He put so many years into this game. He’s cool. He don’t need to be on the sideline. I don’t think he’s thinking about coming back down on the sideline. I hope not. Let him ride on out. Let him sit out and be the president.”

An interesting take indeed. With 11 coaching championships between his years with the Los Angeles Lakers and Chicago Bulls, Jackson might be the unbelievable kick in the ass the Knicks need to make something of themselves in the near future. As Kobe Bryant said, Jackson is one of the greatest ever.

Of course, Melo doesn’t want these rumors swirling around if they’ll never come to fruition. Anthony is trying to shift focus off of Jackson’s place in the organization and ensure that people remember that the Knicks need to get something done with their offseason.

But, if there was even a glimmer of belief in his mind that Jackson had any second thoughts about his retirement from coaching, Carmelo would surely be the first to jump on the guru’s ship.