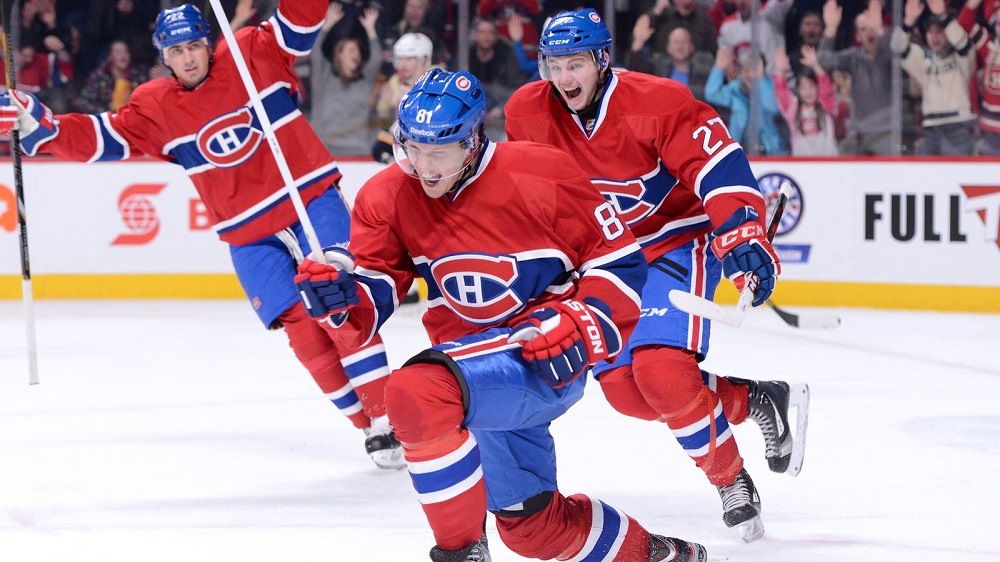 Dan Rosen, writing at NHL.com, updated the Super 16 on Thursday. Supplanting Tampa Bay as the top team is one that probably should have been on top of the standings all along. The Montreal Canadiens, with a record of 9-0-1, are now top ranked according to the average taken from the input of several of the site’s writers.

Montreal’s rise to No. 1 follows a win over Tampa Bay directly last Thursday evening. Furthermore, the Canadiens defeated both the Toronto Maple Leafs and the Vancouver Canucks over the last week.

Montreal remains the only team in the NHL that has yet to be beaten in regulation, and they have already opened up a comfortable lead in the Atlantic Division. That will certainly bring up comparisons to last season, the mere mentioning of which will have Habs’ fans knocking on wood. But so long as Carey Price remains healthy, he promises to keep Montreal right where they are in the standings and power rankings. In fact, if there was a team that was likely to go front to back in the NHL as a division leader, I think Montreal is the safest candidate.

Price missed the first four games of the season with the flu. However, in the six games that he has played he has gone 6-0-0. He has only given up seven goals despite facing 193 shots, and he has an incredible goals-against average of 1.17. Despite missing 40% of the season to date, he is 2nd in the NHL in wins behind Edmonton’s Cam Talbot. All this and the Canadiens have an effective backup goaltender in Al Montoya to boot.

The Oilers themselves remain a little below the radar in the Super 16. They inched up one spot with the update from 8th to 7th in the rankings, movement that doesn’t actually make any sense from at least one point of view. After all, Edmonton actually had a bad week as they posted losses to both Ottawa and Toronto. A 1-2 straight-up record over a week shouldn’t be moving you anywhere in power rankings, especially when the win you earn is only against a peripheral team and the two losses are against weaker teams.

However, I have a suspicion that Shawn Roarke, a contributor to the Super 16, took some flack for rating the Oilers so low last week. Roarke, according to the October-27th Super 16, made Edmonton 15th at 6-1-0. Following a poor week of results Roarke budged them up four spots to 11th in his rankings. Basically, when a team plays good they get rated low and when a team plays bad they get rated higher? Edmonton did nothing to warrant improved position over the last week so the only way to make sense of the +4 movement is to take it as an acknowledgment that Roarke had the Oilers rated too low from the start.

The current upper tier in the Super 16 is Montreal, Washington, Pittsburgh, New York (Rangers), and Chicago. The Blackhawks are a big jumper in both the standings and the Super 16 following a strong week. They posted a trio of wins over New Jersey, Los Angeles, and Calgary, none of which is impressive in and of itself. However, they did post big spreads against the Kings and the Flames, and anytime you go 3-0-0 in a week, you’re going to be heading upwards. But I still think the Blackhawks, at 6-3-1, are over-rated as a top-five team in the Super 16, because of a lack of wins against the best teams.

My own top five heading into Thursday’s action are as follows.

The Rangers lost one to Carolina over the last week, but at least it was a road loss. After that, they posted two five-goal spreads against the Tampa Bay Lightning and the St. Louis Blues. The Penguins had a huge week as well with three straight wins, albeit against nobody that’s considered to be all that good. With Washington, they cleaned up on the poor teams in western Canada over the last week, beating Vancouver, Calgary, and Winnipeg all on the road.

Edmonton faces New York tonight from Madison Square Garden, a game that could shake up the rankings for next week. It’s one that the Rangers look strong heading into following such huge spreads while Edmonton has struggled out east so far.