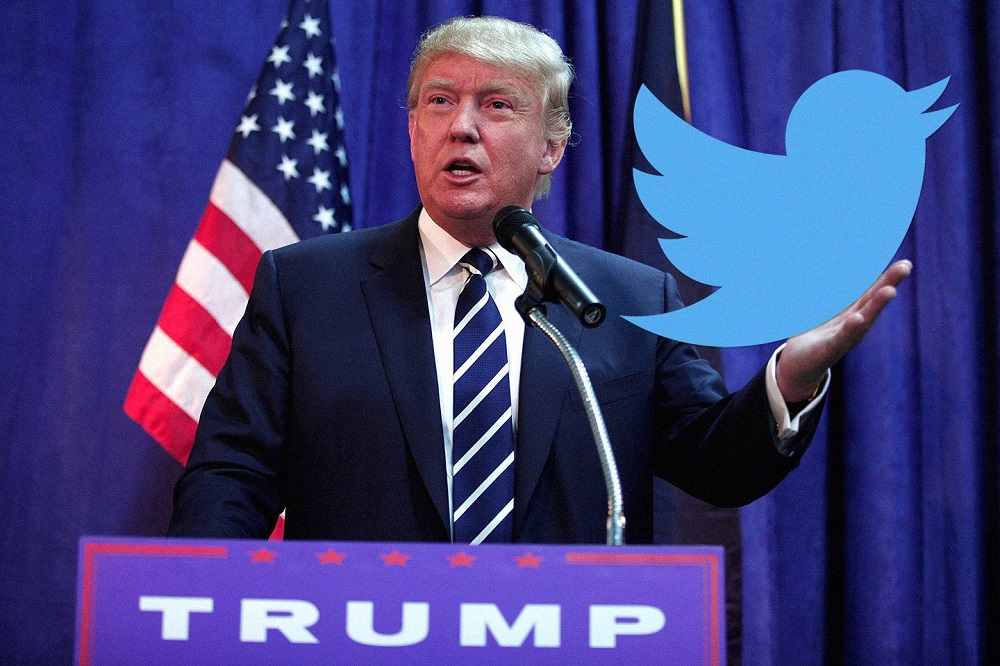 As many compulsive Twitter people know, staying away from that timeline can be tough. Not responding or having something to say can be much harder for people like President-elect Donald Trump.

Trump promises restraint on Twitter but his certainly showing few signs of letting up on the tweetstorms that served as a pillar of his winning White House campaign, an approach to social media that could take presidential discourse into unchartered territory.

Trump said in an interview with CBS’s “60 Minutes” taped Friday and aired Sunday that he would be “very restrained” but credited social media sites like Twitter for helping him triumph over Democratic nominee Hillary Clinton.

“I think it helped me win all of these races where they’re spending much more money than I spent. You know, I spent my money. A lot of my money. And I won,” Trump said. “I think that social media has more power than the money they spent, and I think maybe to a certain extent, I proved that.”

But then he spent the weekend making several celebratory tweets about his win, criticizing the New York Times and advertising the “60 Minutes” interview.

Trump’s use of Twitter at all hours raises questions of whether he can still carry on that way once he’s president. One of Clinton’s repeated arguments against Trump was that he was a “man who you could bait with a tweet.”

GOP strategists, however, say Trump is unlikely to abandon the medium.

“To take away Twitter from Donald Trump is to strip away part of who he is,” said Hogan Gidley, a former adviser to Republican Mike Huckabee’s presidential campaigns. “His supporters, half of America, like who he is, voted for who he is and you don’t want to hamstring the person.”

Since his unlikely victory, Trump has taken to Twitter to celebrate his win, note his congratulatory calls and touch off fresh fights.

Two days after Trump was elected, he was critical of “professional protesters, incited by the media.” The following morning, he appeared to back track, tweeting, “Love the fact that the small groups of protesters last night have passion for our great country. We will all come together and be proud!”

Trump has also sparred with The New York Times on Twitter, criticizing the newspaper’s coverage and falsely claiming it had lost subscribers and had sent an apologetic letter to readers. In fact, Executive Editor Dean Baquet thanked subscribers for their loyalty and vowed that the paper would “hold power to account, impartially and unflinchingly.”

Unvarnished and unfiltered, Trump utilized Twitter and social media throughout his presidential campaign, rallying support, settling scores with political and media adversaries and retweeting incendiary statements, including those from white supremacists.

That could mean Trump will take presidential Twitter in directions that the first social media president, President Barack Obama, never did.

“I would expect him to be a lot more engaged, especially at times when they think they need to change the narrative,” said Bret Jacobson, a Republican digital strategist who was unaligned during the campaign.

Kathleen Hall Jamieson, a professor of political communication at the University of Pennsylvania’s Annenberg School for Communication, said Trump’s White House will need to decide whether to specify which tweets are coming from the president himself or his staff. She noted that an individual tweet from Trump could affect world events and be taken by foreign leaders as an indicator of U.S. policy.

“The Trump campaign did not make those distinctions, so you did not know which tweets were coming from him,” she said.

The presidential handle will be made available to Trump once he’s inaugurated in January. Trump’s transition team has not yet said whether he will use both his personal Twitter account and the presidential one.

The White House said in October that the @POTUS account would maintain its more than 11 million followers but start the next administration without any tweets on the timeline. The National Archives has created a new account – @POTUS44 – which will contain all of Obama’s presidential tweets and serve as an archive of his Twitter activity.

Trump campaign manager Kellyanne Conway told reporters at Trump Tower on Monday that she hadn’t discussed with Trump whether he would use the @POTUS handle, saying only of his Twitter use: “I’ll leave that to him.”