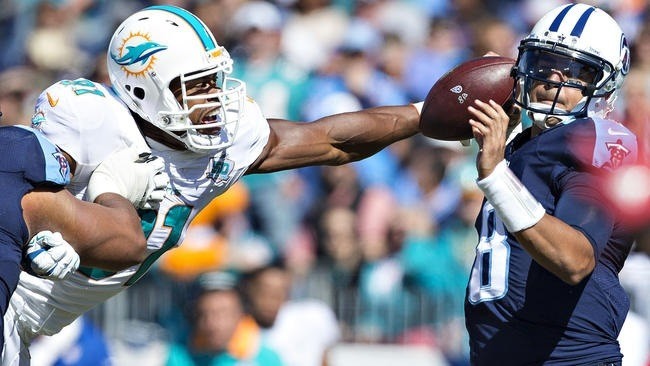 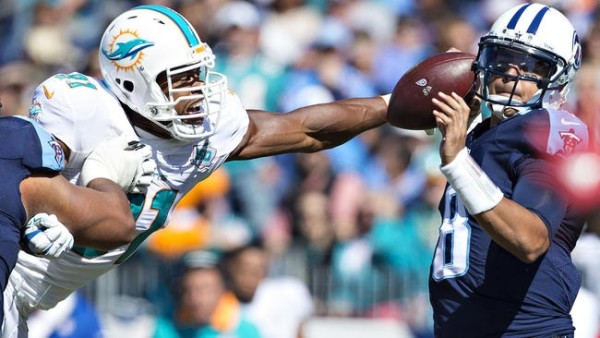 The Miami Dolphins are back!

Okay, let’s not get too excited. They played the Tennessee Titans, so we’ll have to wait till their first game against a real team under interim head coach Dan Campbell. But let’s also not ignore how much improved this team looked in Week 6.

Well, the interceptions were Reshad Jones and Brent Grimes, but you get the point. Mariota and Mettenberger actually felt the pressure that this line was supposed to be dishing out all season.

“They were feeding off us, so don’t give those guys our credit,” joked wide receiver Jarvis Landry after the game. “No, man, it was good to see the turnovers. Reshad, Brent, the fumble, Cam Wake, seeing the D-line really getting after it. It was amazing to see all those guys stepping up and doing their part.”

To give credit where credit is due, the Dolphins offense also looked spectacular. 38 points is a lot to put up on anyone, and only giving up 10 is no small task either.

Oft-criticized defensive end Cameron Wake and infinitely-more-oft-criticized defensive tackle Ndamukong Suh played a large role in the beating. Suh did his part in stopping the run and clogging up the middle of the field; Wake, on the other hand, was untouchable on the pass rush side, finishing with four of the Dolphins’ six sacks.

Wake received a good deal of doubt this season while playing on a nagging hamstring injury. He made it clear Sunday that there is no longer a problem there.

“Cam Wake is back,” said Campbell after the game. “Not that he was ever gone, but I’ll tell you what, the bye week did him well…He was feeling it; he had four sacks, and he probably should have had two more. He’s all over the field; he’s one of our leaders, and he’s an impact player that those guys look up to and will play for.”

The Dolphins may not be Super Bowl contenders all of a sudden, but one thing’s for sure, Campbell has done a fantastic job of revitalizing the team and the fans in Miami.