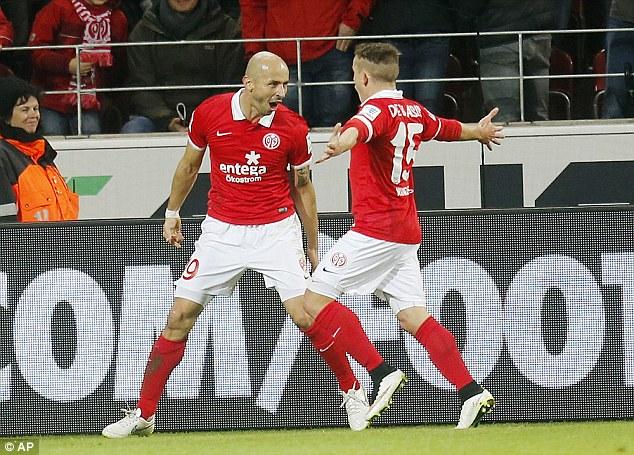 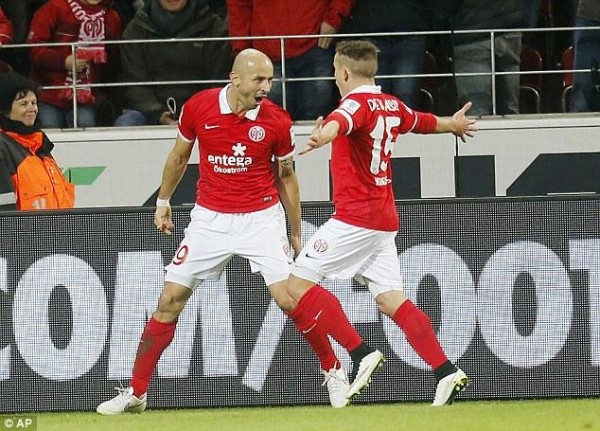 The week eight of the 2015/16 Bundesliga season kicked off with a 3-2 win for Mainz over newly-promoted Darmstadt. Stefan Bell, Yunus Malli and Pablo De Blasis were the scorers for the winning side. The three points moved Mainz to eighth in the league standings, whereas Darmstadt are now tenth.

Borussia Monchengladbach have continued their surprising revival after the departure of Lucien Favre and registered their third successive win as they ran 2-0 winners over DFB Pokal holders and last season’s league runners-up Wolfsburg at Borussia Park. The win saw the Foals climb to 13th in the league table. The Wolves, on the other hand, are now ninth after just a point from their last three league matches.

Bundesliga new boys Ingolstadt registered a 2-0 win over Eintracht Frankfurt on Saturday at the Audi Sportpark.

A 55th minute goal from Salif Sane was enough for Hannover to register a 1-0 win against Werder Bremen. It was the first win of the ongoing season for Hannover and they are 19th in the league table, while Werder Bremen occupy 14th.

Kevin Volland struck a brace for Hoffenheim, but it didn’t prove sufficient for a win against Stuttgart as Jan Kliment scored in the 64th minute and Timo Werner grabbed a late equaliser to ensure a point for the club, he has been a lifelong supporter of.

Anthony Modeste, Yannick Gerhardt and Simon Zolle were all got among the goals to help 1. FC Koln inflict a crushing 3-0 defeat on Schalke. It was the Rhine outfit’s second loss of the ongoing campaign and they are in third spot in the table behind Bayern Munich and hated rivals Borussia Dortmund at the end of the eighth week of the league fixtures.

In the biggest game of the weekend, Borussia Dortmund travelled to the Allianz Arena to take on reigning German champions Bayern Munich.

The two sides have been in great form since the start of the season, as Bayern Munich are still unbeaten across all competitions and Borussia Dortmund, too, were unbeaten in the league heading into the weekend clash.

However, the visitors were pushed on the back foot in the 26th minute as Jerome Boateng played an exquisite long ball in the path of Thomas Muller, who made no mistake in putting the ball past Roman Burki to give the lead to the hosts. He doubled the lead nine minutes later from a spot kick. Pierre-Emerick Aubameyang shortened the lead before the break. But Robert Lewandowski restored the two-goal cushion immediately after the restart. He grabbed another later and former BVB star Mario Gotze also got on the scoresheet to hammer Thomas Tuchel’s side 5-1.

A horrible error from Bayer Leverkusen goalkeeper Bernd Leno gave Augsburg the lead and Karim Bellarabi levelled the scores. But there were no further strikes as the two sides shared a point each.